On November 18, 2009, the National Archives and Records Administration (NARA) announced that it had convened a forensic document examination team to study two pages of the handwritten notes of Harry Robbins (H. R.) Haldeman, a chief of staff to President Richard M. Nixon, 1969-1973. These notes are among the permanent records in the holdings of the National Archives; and that examination process, as outlined in NARA press release 10-24, is now complete.

The two pages under investigation, designated Government Exhibit 61, U. S. District Court for the District of Columbia Miscellaneous Case 47-73, were purported to have been created during Mr. Haldeman's 11:30 A.M. meeting with President Nixon on June 20, 1972, in the Executive Office Building, three days after the break-in at the Democratic National Committee headquarters. This is the same meeting in which 18½ minutes of tape-recorded conversation between Mr. Nixon and Mr. Haldeman were erased, prior to the White House tape-recorded conversations being turned over to Judge Sirica in response to a subpoena from the Watergate Special Prosecution Force. The specific purpose of further scientific examination of the handwritten notes has been to determine whether there is any evidence that additional notes were taken at the meeting that are no longer part of the original file.

On November 19, 2009, hyperspectral imaging (HSI) of the documents was undertaken at the Library of Congress Preservation Research and Testing Division HSI Laboratory in Washington, DC. On December 11, 2009, and January 13, 2010, electrostatic detection analysis (ESDA) and video spectral comparison (VSC) examinations of the documents were undertaken at the Treasury Inspector General for Tax Administration Forensic Science Laboratory in Beltsville, MD. In support of these examinations, high resolution scans of the original documents and of the ESDA results were prepared at the NARA Special Media Preservation Reformatting Division Digital Imaging Laboratory in College Park, MD.

None of these efforts revealed or recovered additional content regarding H. R. Haldeman's 11:30 A.M. meeting with President Nixon in the Executive Office Building on June 20, 1972.

Handwriting inter-comparison undertaken by the forensic document examiners indicated a common authorship among the handwritten notes examined. Hyperspectral imaging and video spectral comparison examinations revealed differences in the black ballpoint inks used to prepare the date and page number, versus main text entries, of Exhibit 61 (June 20, 1972); as well as differences in the blue non-ballpoint [porous-tip pen] inks used to prepare the date or page number, versus main text entries, of notes from June 21 and June 22, 1972. Hyperspectral imaging of Exhibit 61 revealed the set-off or contact transfer of red non-ballpoint [porous-tip pen] ink transcription notations from the front of Page 2 to the back of Page 1; but it was not possible to determine whether this transfer or migration occurred at the time of preparation or over long-term contact in storage. Electrostatic detection analysis of Exhibit 61 revealed the presence of angled, extraneous indented writing, suggestive of a possible signature but otherwise illegible, on Page 2 of the document.

See also the press release about these reports. 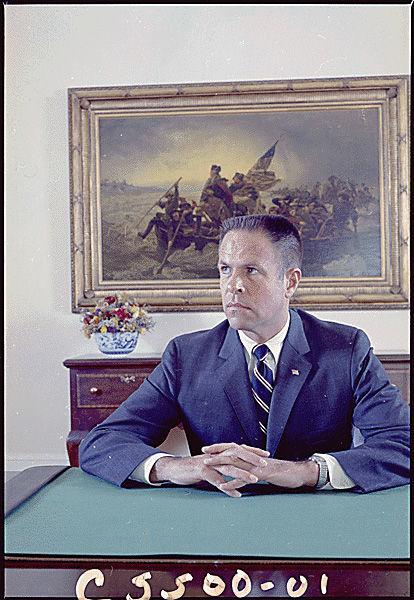 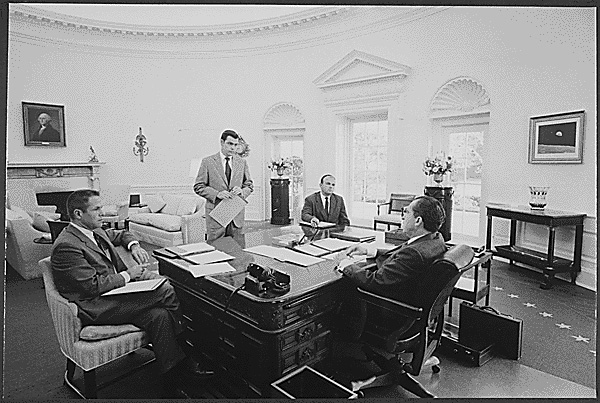