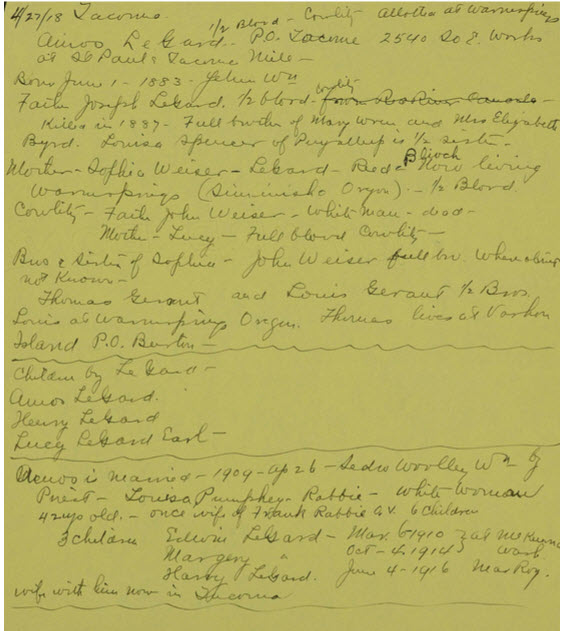 Page from the Roblin Roll

Thomas G. Bishop, president of the Northwestern Federation of American Indians, claimed that thousands of Indians in western Washington had not received benefits derived from 19th century treaties. Believing these Indians were entitled to Federal recognition and payments, Bishop traveled to Washington DC, on their behalf, only to learn that no records of their identity existed.

Bishop petitioned the Office of Indian Affairs (OIA) to carry out an enrollment of these Washington Indians. The OIA agreed, and assigned the work to special allotting agent Charles E. Roblin.

Beginning in 1916, Roblin began compiling a list of claimants. Roblin only included Indians not already appearing on tribal censuses for western Washington. He submitted his final report to the Commissioner of Indian Affairs on January 31, 1919, and included the following: 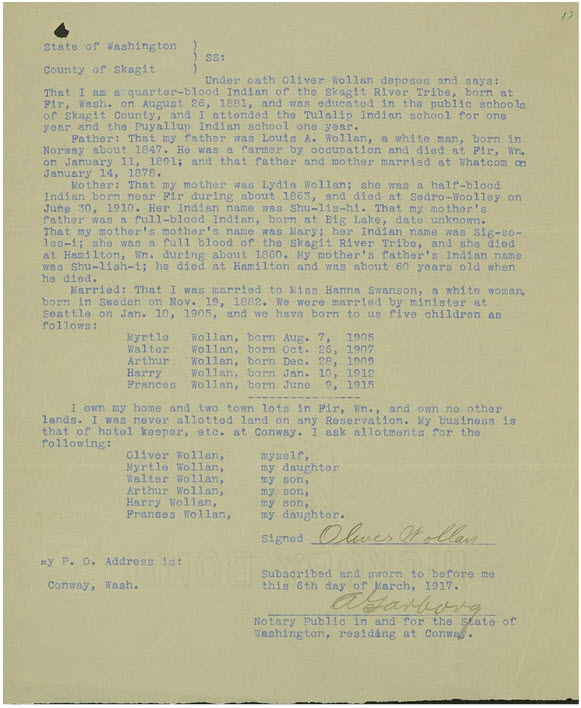 Page from the Roblin Roll

Information contained in the Roblin Roll, the affidavits, and other documents may include some or all of the following: