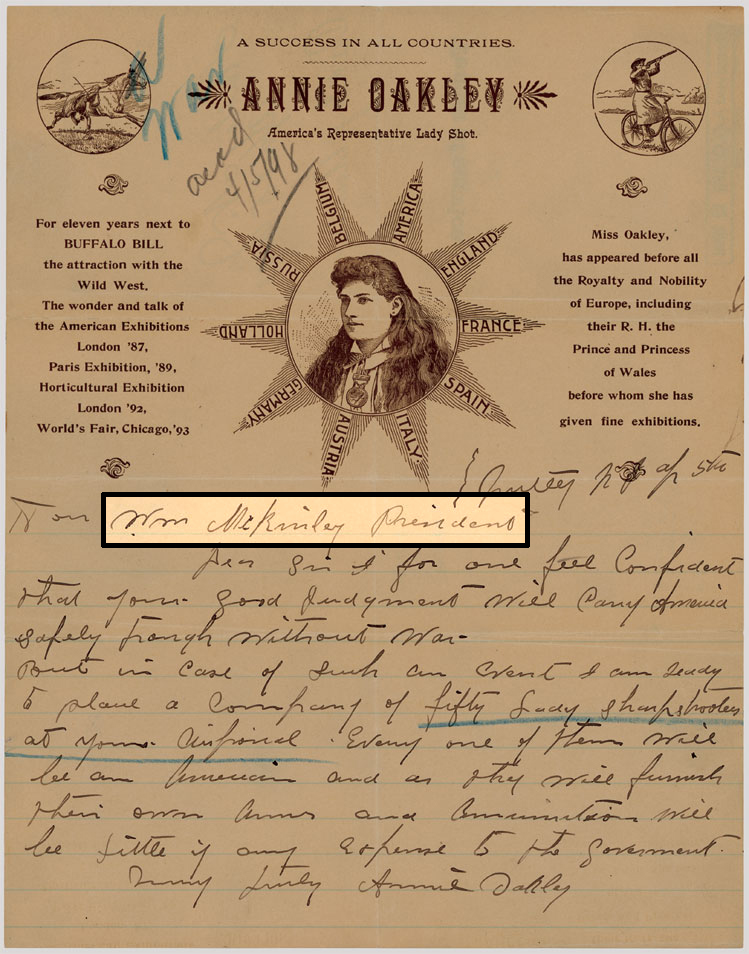 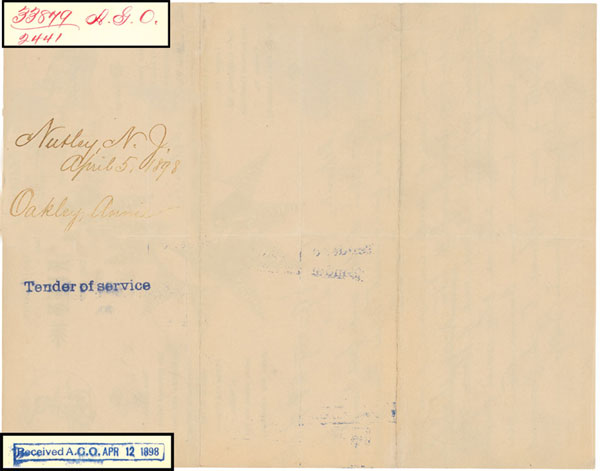 Letter to President William McKinley from Annie Oakley, offering the government the services of a company of 50 “lady sharpshooters” who would provide their own arms and ammunition should war break out with Spain, April 5, 1898. Records of the Adjutant General’s Office, 1780’s–1917, Record Group 94

Indicators that this is a Federal record: