Report of the cryptographic significance of the capture of U-505 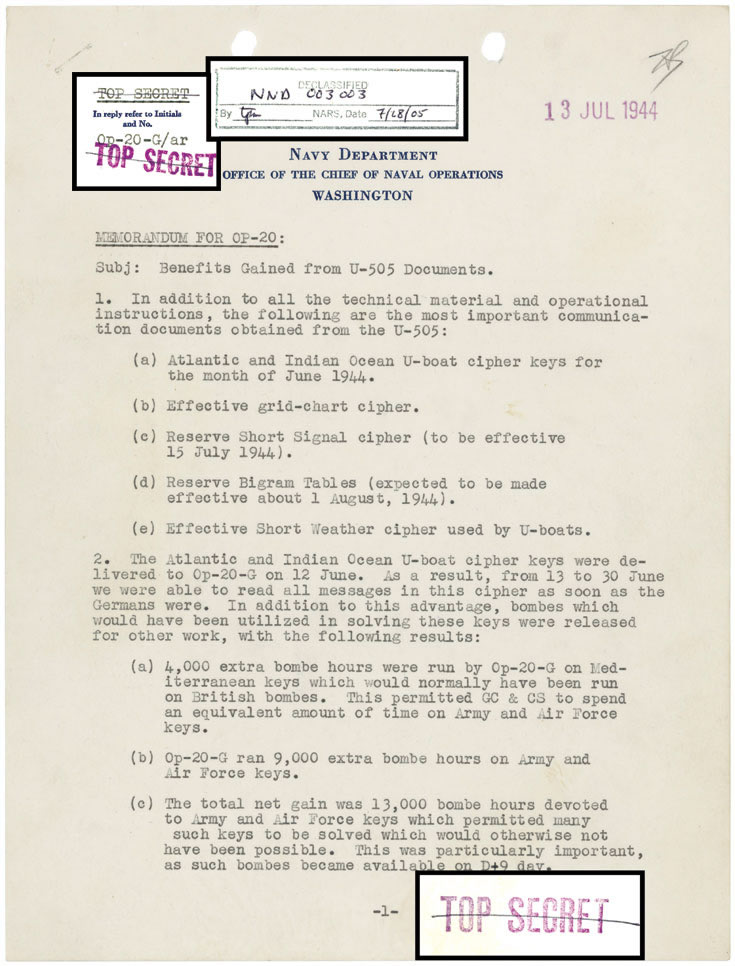 Report of the cryptographic significance of the capture of U-505, the German U-boat that was the first enemy warship captured in action by the U.S. Navy since the War of 1812, July 13, 1944

Records of the Office of Chief of Naval Operations, Record Group 38

Indicators that this is a Federal record:

Internal memorandum on the letterhead of a Federal office

Contact the National Archives if you encounter any original document outside of Government hands that bears uncancelled national security classification markings.