Three years after the ratification of the 19th amendment, the Equal Rights Amendment (ERA) was initially proposed in Congress in 1923 in an effort to secure full equality for women. It seeks to end the legal distinctions between men and women in terms of divorce, property, employment, and other matters. It failed to achieve ratification, but women gradually achieved greater equality through legal victories that continued the effort to expand rights, including the Voting Rights Act of 1965, which ultimately codified the right to vote for all women. 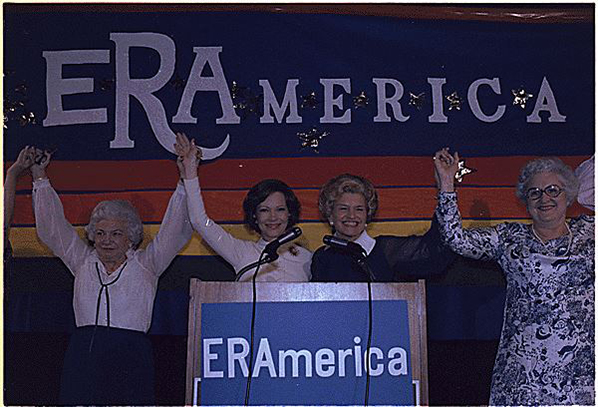 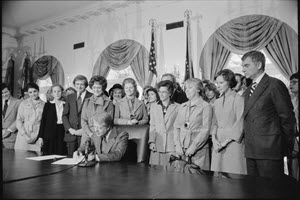 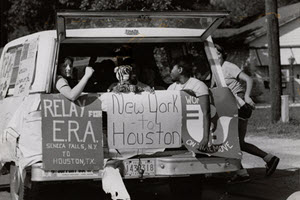 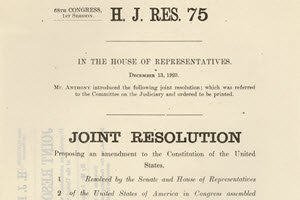 Explore photographs, textual, and other records related to the Equal Rights Amendment in the National Archives Catalog.

While many resources are available online for research, there are many more records to discover in National Archives’ research rooms across the country. The following records have been described at the Series and File Unit level, but have not yet been digitized. This list is not exhaustive; please consult our Catalog to browse more records, and contact the Reference Unit listed in each description for more information.

From the Jimmy Carter Presidential Library

Carter Administration as a Pillar for ERA

The Social Movement Era of the 1960s presented America with multiple opportunities for equality through legislation. One of these grassroots movements was that of the Women's Movement, which called for political (and social) reform on a number of women-related issues. The Equal Rights Amendment (ERA), originally passed by Congress in 1972 with a deadline for ratification by March 1979, gained much support from women and men who felt social change could be garnered through legislation. 35 state legislatures approved the amendment for ratification, however 38 was the magic number needed. In 1978, Congress and President Carter extended the deadline to June 30, 1982.

President Carter often urged the public to support and acknowledge the contributions of women to the nation’s heritage. He held monthly meeting with presidents of major women’s organizations, and reinforced his stance with signature on a message urging Americans to observe National Women’s History Week. Carter also demonstrated his support through his appointments of qualified women to advise him in a number of positions. Notable women that he felt would make major contributions towards the equality of women.

Unfortunately, the Equal Rights Amendment did not meet the requirement to be made into law.  However, work during the Carter Administration laid one of the many paved roads for the ratification of the ERA in the future.

-from the Jimmy Carter Presidential Library and Museum 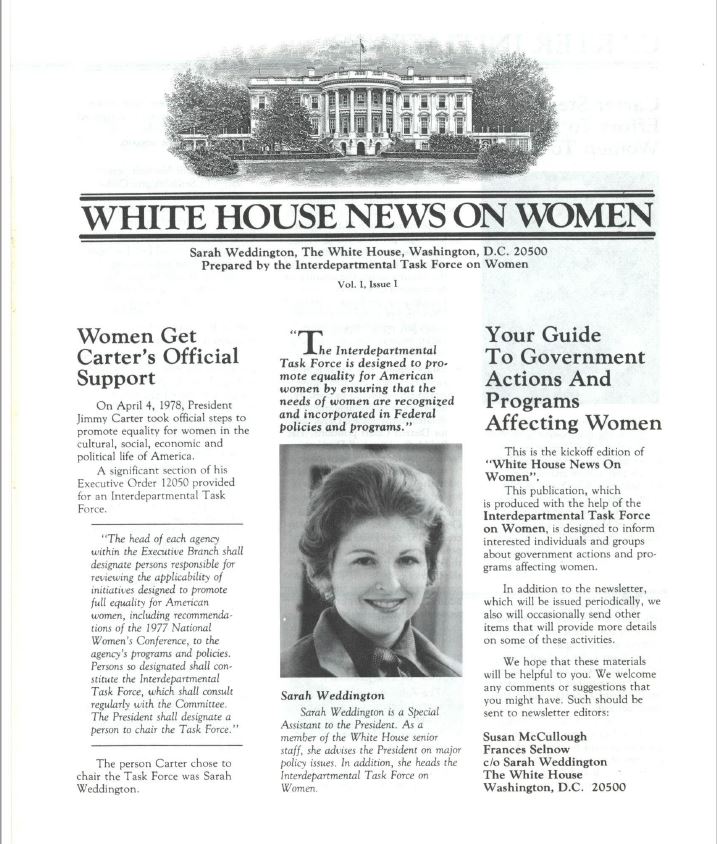 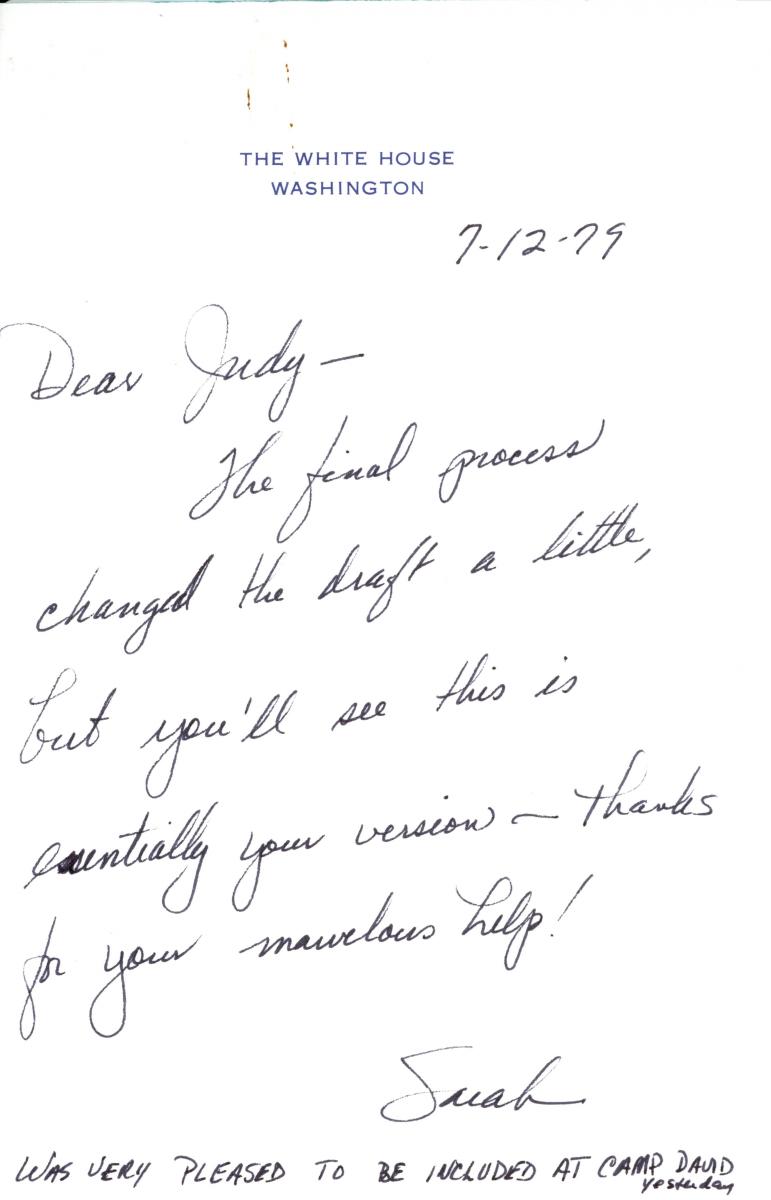 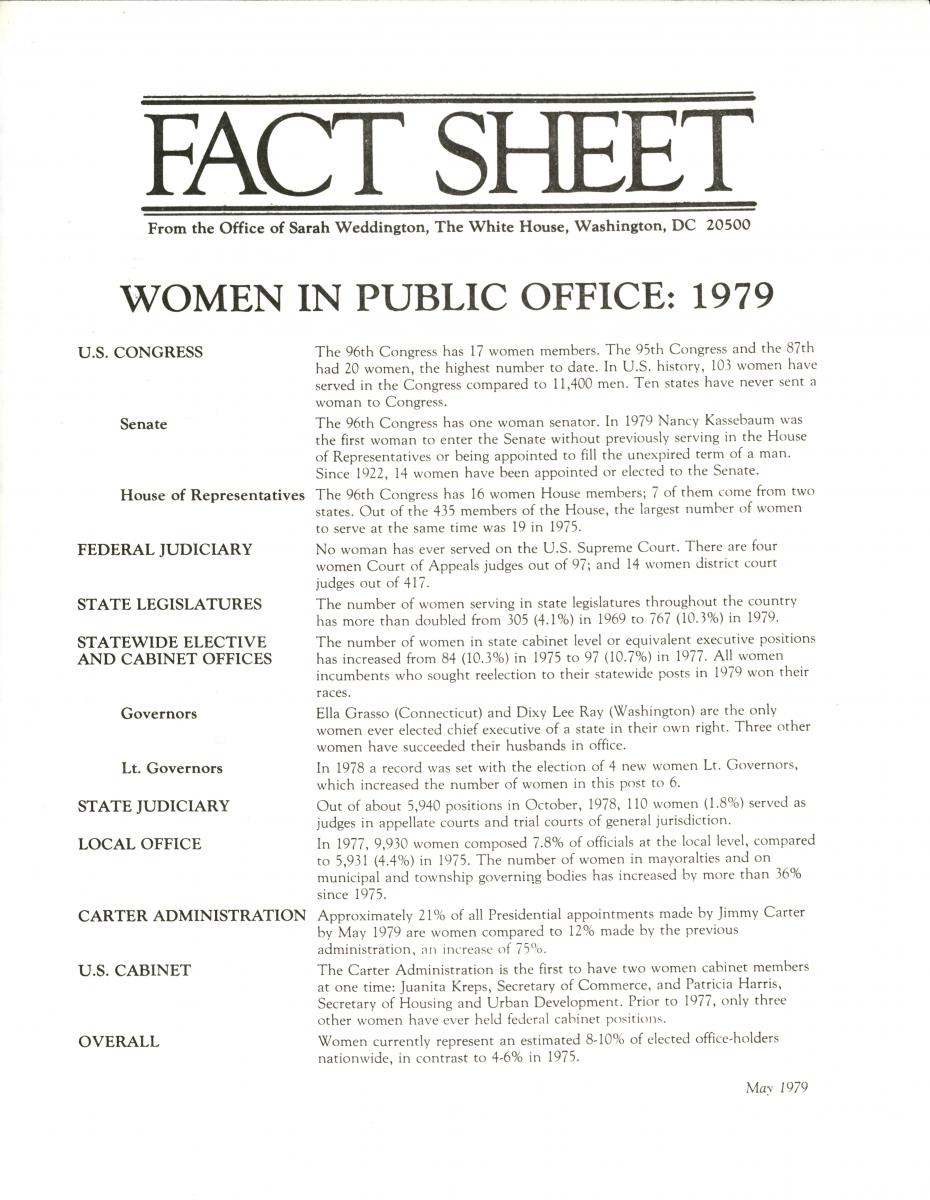 This fact sheet shows the number of women in public office in 1979. The U.S. House of Representatives had 16 women members, while the U.S. Senate had just one, Nancy Landon Kassebaum (R-Kansas). 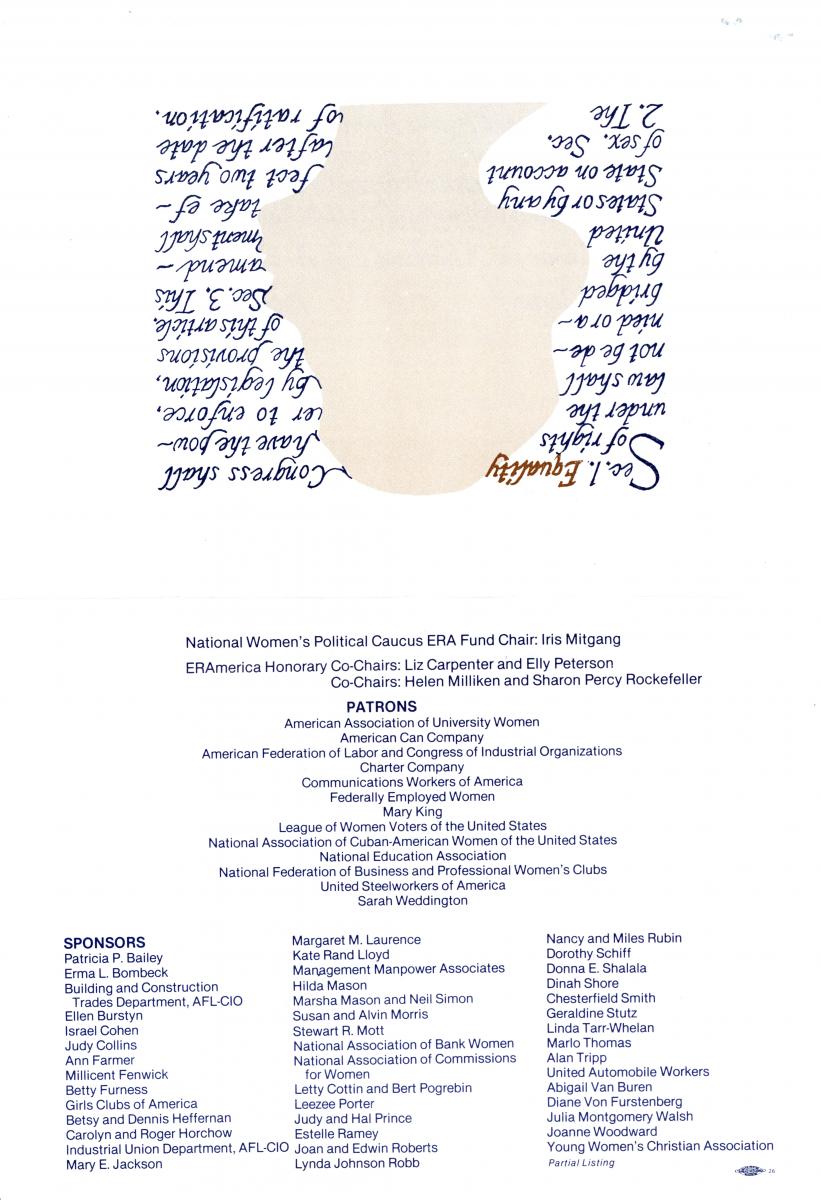 First Ladies Rosalynn Carter and Betty Ford served as co-chairs for “A National E.R.A. Evening,” to raise money for passage of the Equal Rights Amendment. The event, which took place on June 18, 1980, included a White House reception and dinner with President and Mrs. Carter. 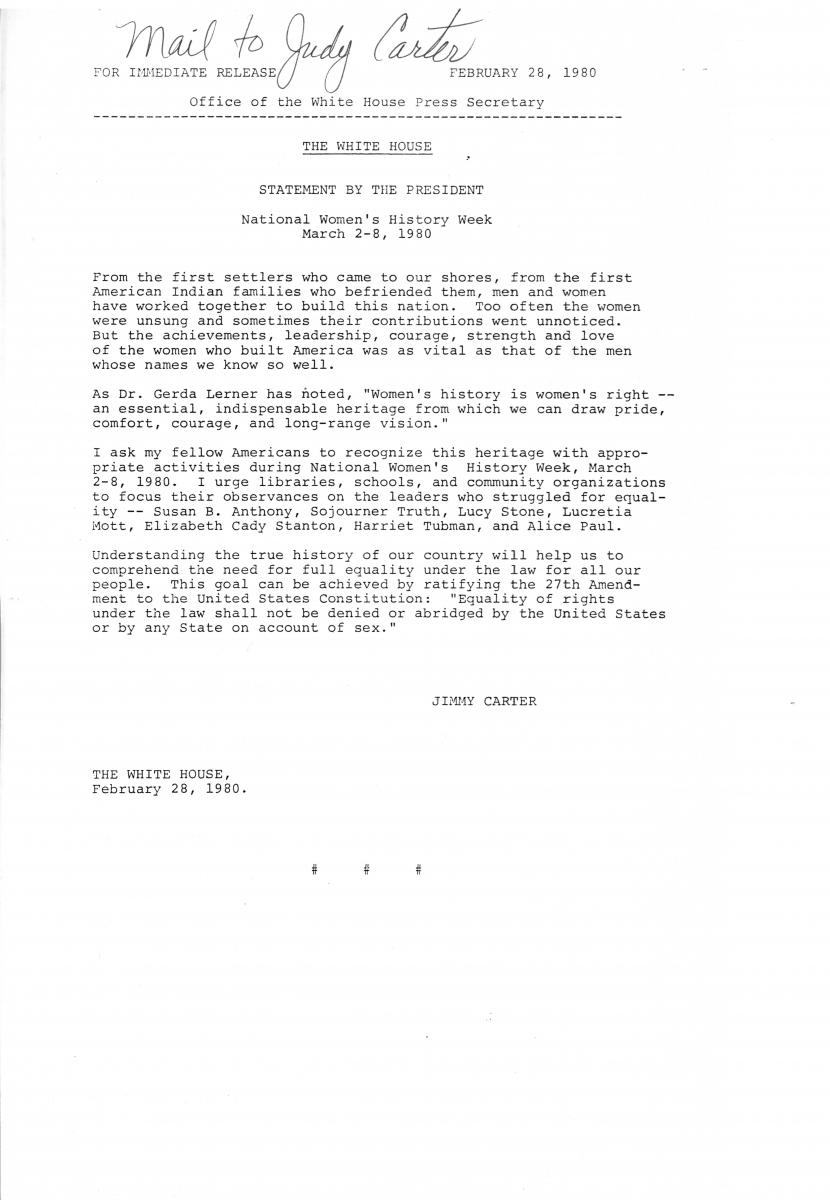 President Carter issued a proclamation declaring August 26, 1978, Women’s Equality Day. The date marked the 58 th anniversary of the adoption of the 19 th Amendment. In it he stated, “I personally believe that ratification of the Equal Rights Amendment can be the single most important step in guaranteeing all Americans –both women and men—their rights under the United States Constitution. … In a society that is free, democratic, and humane, there can be no time limit on equality.” 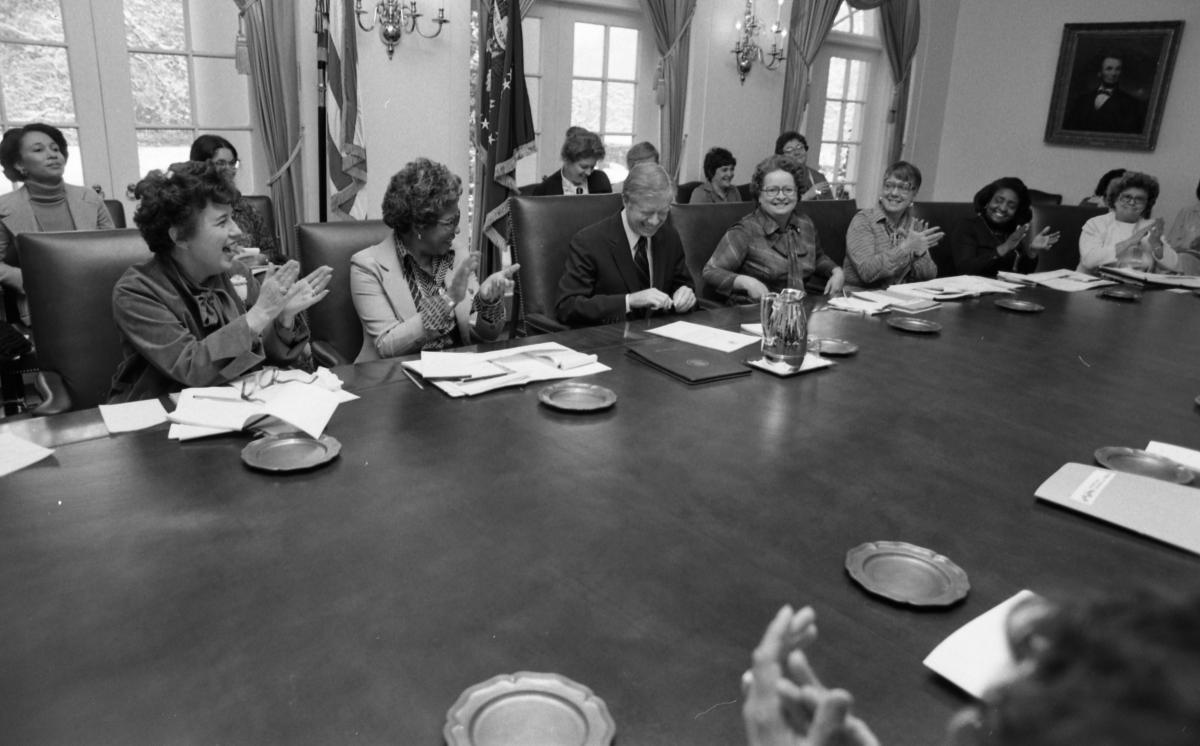 On 2/28/80 President Carter met with a group of prominent women and signed a proclamation creating the first National Women’s History Week, which evolved into the present-day Women’s History Month. He also reiterated his support for ERA. 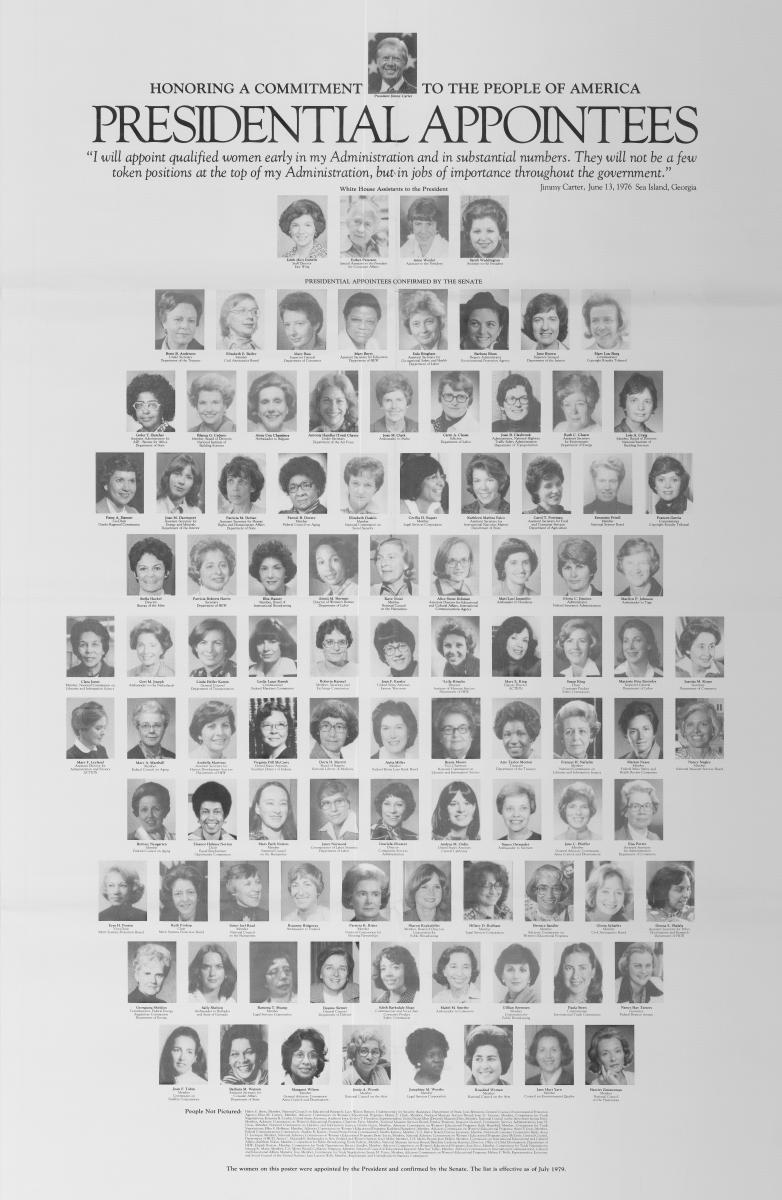 Did you know President Carter appointed more women to his administration than any of his predecessors? As of March 9, 1979, 268, or 18% of 1484 appointees, were women. This poster shows many of them.

Articles, Blog posts, and Other Resources