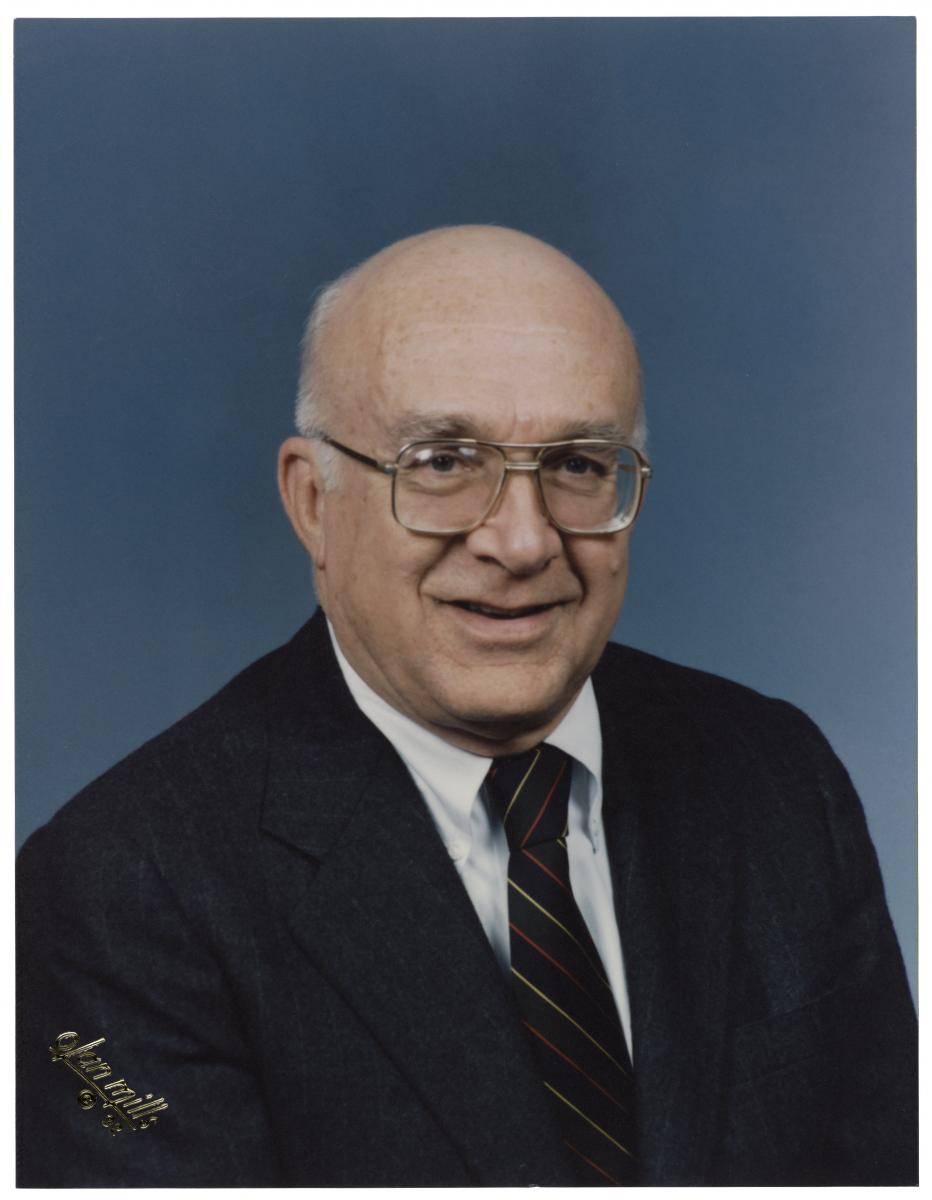 Dr. Robert M. Warner served as sixth Archivist of the United States from July 1980 to April 1985, having been appointed by President Jimmy Carter.

During his tenure, Dr. Warner led the agency during one of the most important periods in its history: the transformation from a division of the General Services Administration (GSA) to an independent executive agency. His four-year fight for independence was won on October 19, 1984, when President Ronald Reagan signed legislation that removed the National Archives from GSA and renamed the agency the National Archives and Records Administration (NARA).

In his book, Diary of a Dream: A History of the National Archives Independence Movement, 1980-1985, Dr. Warner describes November 8, 1984, as "one of the very best days of my life. . . Music filled the Rotunda of the National Archives. The usual quiet, almost reverent atmosphere of the splendid classical building which houses our nation's most treasured documents was joyously shattered" by the singing of 'To Dream the Impossible Dream.'... "An impossible dream had come true, an impossible hope was fulfilled. An impossible fight had been won. And we were celebrating."

After leaving the National Archives, Dr. Warner returned to the University of Michigan, where he began his career in the History Department and the School of Information and Library Studies. He served as dean of the School of Information from 1985 to 1992. During his tenure as dean, he worked to broaden the school’s curriculum and mission to include archives education as well as library science, boosting the school’s national reputation.

Prior to becoming Archivist, Dr. Warner also chaired the planning committee of the Gerald R. Ford Library, which is located on the University of Michigan campus, and later served as secretary of the Gerald R. Ford Foundation. During his long career, he served as the president of the Society of American Archivists (SAA), the Historical Society of Michigan, and the Second European Conference on Archives, and on the boards of the SAA, the American Historical Association, and the American Library Association. Dr. Warner was a Distinguished Fellow of the SAA.

At the dedication ceremony, Dr. Warner was praised for working "tirelessly with literally hundreds of supporters within the Archives and among our constituent groups, the Congress, and the White House to make independence a reality. While there were many roadblocks along the way, Dr. Warner persevered and finally won."

Dr. Warner responded by thanking NARA for the honor and observing that "being Archivist of the United States was the greatest opportunity I ever had or will have."

Dr. Warner died April 24, 2007, of cancer at the age of 79. He was professor emeritus and dean emeritus of the School of Information as well as the University historian.

At the time of his death, then-Archivist Allen Weinstein said, "Dr. Warner leaves a permanent legacy at the National Archives," said then-Archivist Allen Weinstein upon Dr. Warner's passing. " Every single employee working here today is grateful to those who contributed to the fight for our independence and particularly to Dr. Warner who led that fight. The strides we have made in the last 22 years could not have been achieved without independence, for which we owe a huge debt of gratitude to Robert Warner."

Learn more about Warner in the Prologue article: Secrecy and Salesmanship in the Struggle for NARA's Independence and the blog: Fighting for Independence: Sixth Archivist Robert M. Warner.