The National Declassification Center (NDC) is pleased to announce its second release of textual records since the beginning of the COVID-19 Pandemic. This release includes over seven million pages from 359 declassification projects, that were completed between July 1, 2022 and September 30, 2022. These records are now available for researcher requests. This release consists of textual materials from military and civilian agencies. The FY2022-Q4 Release List is available to view or download in PDF and Excel formats:

Highlights from this Release include:

To request access to the newly released records or to order copies, please contact Archives 2 Reference at 301-837-3510 or archives2reference@nara.gov. When making a request, please cite the Record Group, HMS Entry, and Series Title.

Please note that some series may contain other restrictions such as privacy or law enforcement and may require screening or a FOIA request prior to access. 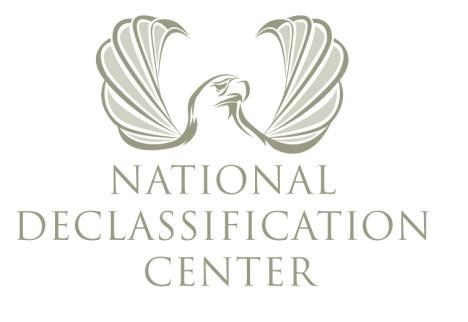