Public Papers of the Presidents

The OFR began compiling and publishing the Public Papers of the Presidents (“Public Papers”) in 1957 in response to a recommendation of the National Historical Publications Commission. Noting the lack of uniform compilations of messages and papers of the Presidents before that time, the Commission recommended the establishment of an official series in which Presidential writings, addresses, and remarks of a public nature could be made available.

NOTE: The papers of President Franklin Roosevelt were published privately before the commencement of the official Public Papers series.

Each Public Papers volume contains the papers and speeches of the President of the United States that were issued by the White House Office of the Press Secretary during the time period specified by the volume. The material is presented in chronological order, and the dates shown in the headings are the dates of the documents or events. In instances when the release date differs from the date of the document itself, that fact is shown in the text note.

To ensure accuracy, remarks have been checked against audio recordings (when available) and signed documents have been checked against the original, unless otherwise noted. OFR editors have provided text notes and cross references for purposes of identification or clarity. Speeches were delivered in Washington, DC, unless otherwise indicated. The times noted are local times.

Each Public Papers volume features a foreword signed by the President, and a portfolio of photographs selected from White House Photo Office files, as well as subject and name indexes, and a document categories list.

Volumes of the Public Papers of the Presidents currently in print are available for purchase from the Government Publishing Office (GPO) Superintendent of Documents.  Volumes are available until sold out.

The complete collection is available online as PDF files from GPO’s www.govinfo.gov (GovInfo) Public Papers of the Presidents of the United States website.  GPO began digitizing the print volumes of George H.W. Bush in 2009 and completed digitizing the Hoover print volumes in 2019.

Through a partnership between the National Archives and Records Administration (NARA) Office of Presidential Libraries and OFR, individual documents in the collection are broken out and available for: 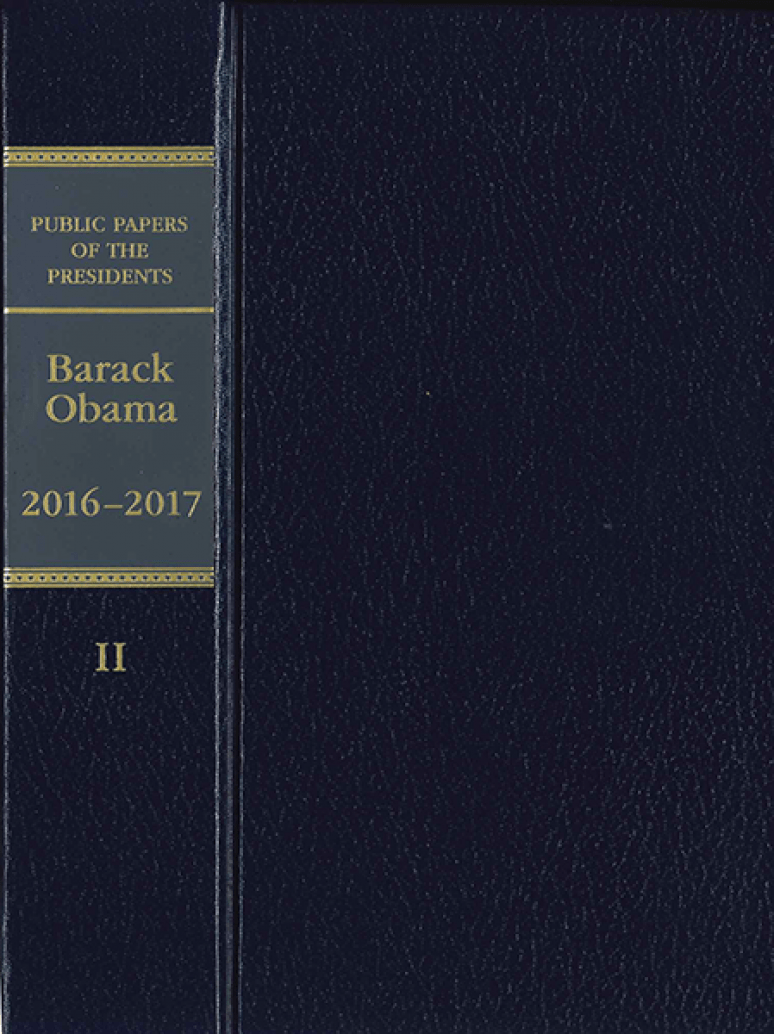