The Declaration of Independence: What Does it Say? 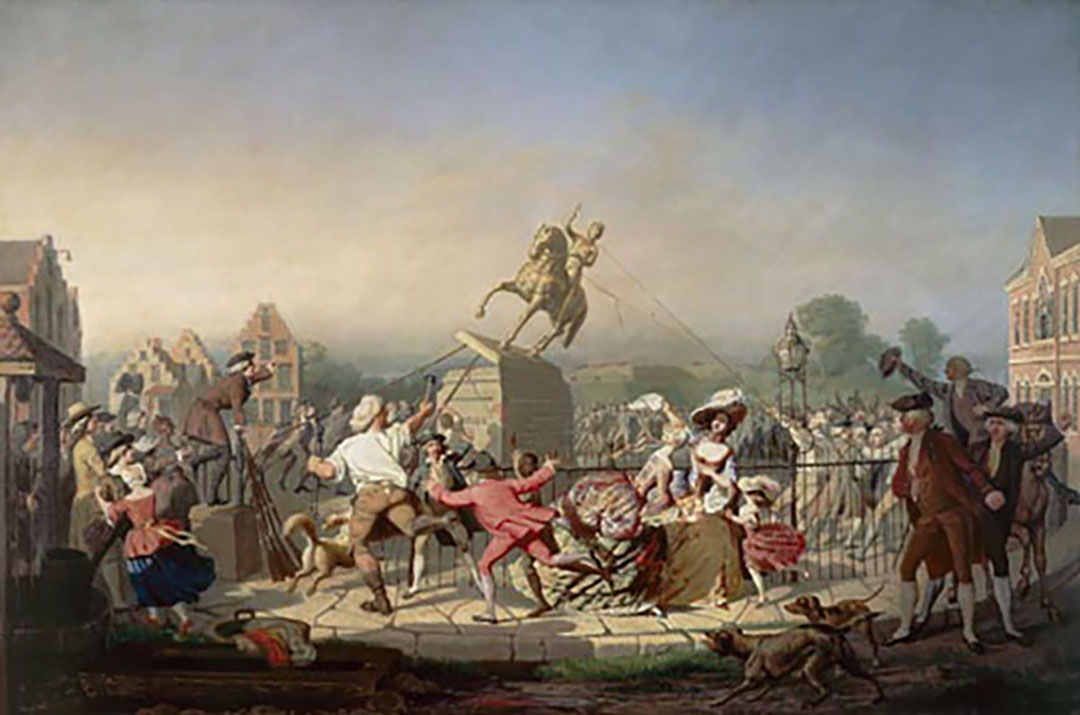 Pulling down the Statue of King George III

After a public reading of the Declaration of Independence at Bowling Green, on July 9, 1776, New Yorkers pulled down the statue of King George III. Parts of the statue were reportedly melted down and used for bullets. Courtesy of Lafayette College Art Collection Easton, Pennsylvania

The Declaration of Independence was designed for multiple audiences: the King, the colonists, and the world. It was also designed to multitask. Its goals were to rally the troops, win foreign allies, and to announce the creation of a new country. The introductory sentence states the Declaration’s main purpose, to explain the colonists’ right to revolution. In other words, “to declare the causes which impel them to the separation.” Congress had to prove the legitimacy of its cause. It had just defied the most powerful nation on Earth. It needed to motivate foreign allies to join the fight.

These are the lines contemporary Americans know best: “We hold these truths to be self-evident, that all men are created equal, that they are endowed by their Creator with certain unalienable rights, that among these are Life, Liberty and the Pursuit of happiness.” These stirring words were designed to convince Americans to put their lives on the line for the cause. Separation from the mother country threatened their sense of security, economic stability, and identity. The preamble sought to inspire and unite them through the vision of a better life.

The list of 27 complaints against King George III constitute the proof of the right to rebellion. Congress cast “the causes which impel them to separation” in universal terms for an international audience. Join our fight, reads the subtext, and you join humankind’s fight against tyranny.

The most important and dramatic statement comes near the end: “That these United Colonies are, and of Right ought to be Free and Independent States.” It declares a complete break with Britain and its King and claims the powers of an independent country.

Back to Main Page How did it happen?