To supplement the official records of Congress, the Center for Legislative Archives maintains other materials in its holdings. 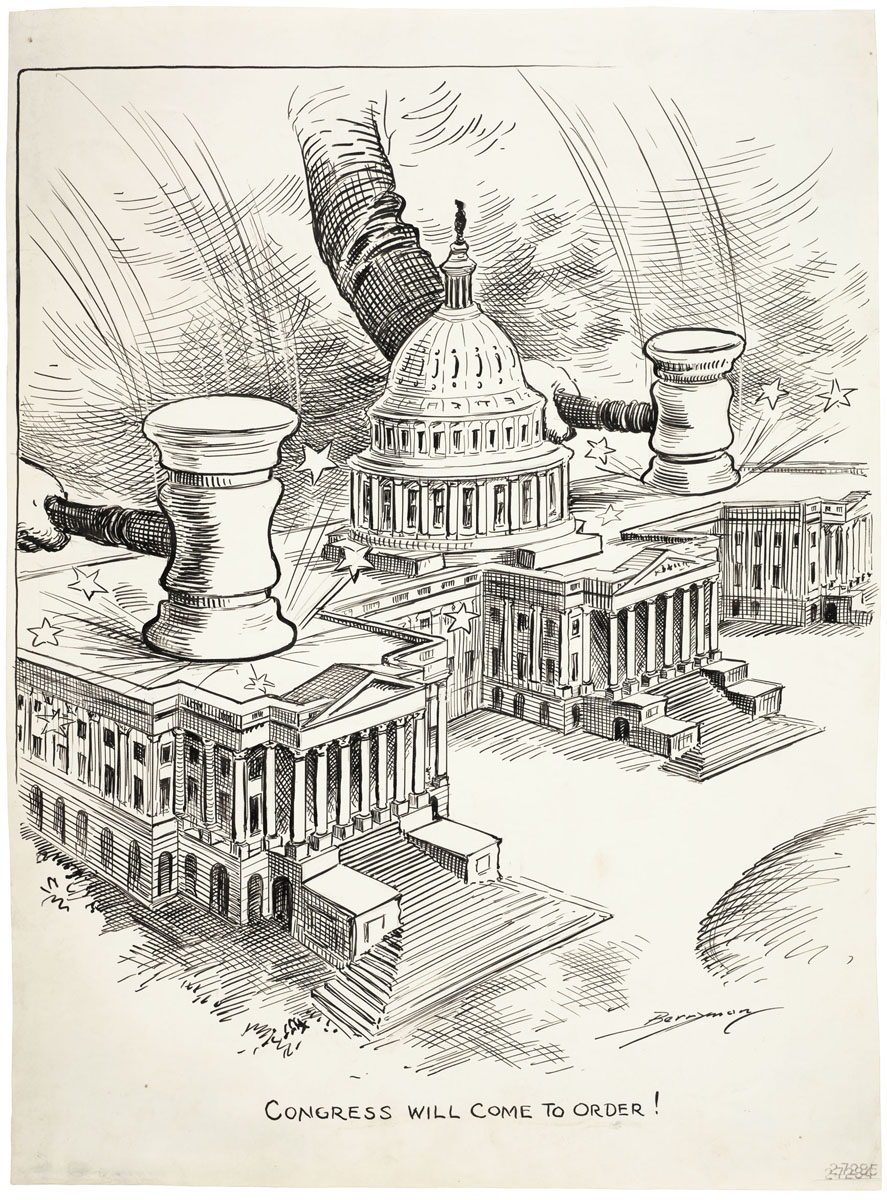 This cartoon shows Congress following the pivotal 1912 elections, when the Democrats captured the Presidency and majorities in both chambers. RG 46, Records of the U.S. Senate, National Archives.

A collection of 2,400 original pen-and-ink drawings by Clifford K. Berryman from the U.S. Senate Collection is housed at the Center for Legislative Archives. Berryman was Washington's best known and most-admired graphic commentator on politics in the first half of the 20th century. Berryman's career as a political cartoonist began in the late 1880s with the Washington Post and continued in 1907 with the Evening Star. Berryman's career for the Evening Star extended over forty years, until his death in 1949.

The cartoons comment on Washington politics, congressional issues, presidential elections, and both World Wars. The collection also includes approximately 230 cartoons by Jim Berryman, Clifford's son. This collection of Clifford and Jim Berryman cartoons are in the pubic domain.

The Center has created a variety of resources which feature the cartoons, including eBooks, exhibits, featured documents, and lesson plans.

Since 1976 the Senate Historical Office has conducted interviews with senators and staff. The mission of this project is to document and preserve the individual histories of a diverse group of personalities who witnessed events firsthand and offer a unique perspective on Senate history, many of whom may otherwise be missed by biographers, historians, and other scholars. These interviews cover the breadth of the 20th century and now the 21st century. The recording and preservation of these individual oral histories will lead to a fuller and richer understanding of the history of the Senate and of its role in governing the nation.

On December 14, 1993 the National Archives was deeded typed summaries of notes from research interviews conducted by Richard F. Fenno, Jr. as source material for two of his books: The Power of the Purse (1966) and Congressmen in Committees (1973). The notes cover interviews conducted between May 25, 1959 and May 1968. Most of the interviews were with members of the House and Senate Appropriations Committee, but there are also notes from interviews with individuals in leadership positions. 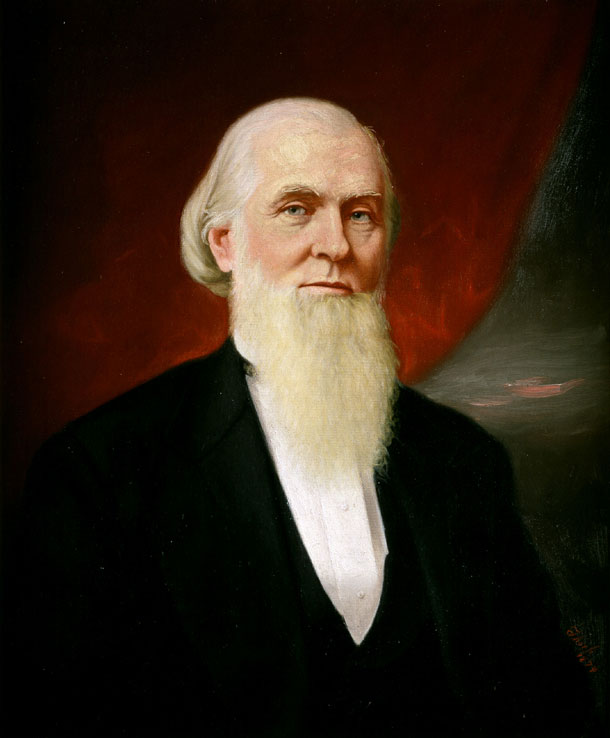 On December 5, 1831 12-year-old Isaac Bassett was selected by Senator Daniel Webster as a page in the U.S. Senate. Bassett was the second page ever selected. In 1838 Bassett was promoted to messenger, and in 1861 he was administered the oath as assistant doorkeeper to the Senate, a post he held until his death in 1895. Having a position on the floor of the Senate allowed Bassett to witness the great debates leading up to the U.S. Civil War, Reconstruction and the Gilded Age.

In preparation for writing a memoir of his experience working for the Senate, Bassett saved notes, anecdotes, newspaper clippings and personal observations. Although he never completed his memoir, his papers were preserved and eventually donated to the U.S. Senate. The Senate has transferred them to the Center for Legislative Archives, where they will be maintained and preserved as part of the U.S. Senate Collection.

If you have problems accessing these records, please contact the Center by phone at (202) 357-5350 or by email at legislative.archives@nara.gov for assistance.