WASHINGTON, November 18, 2019 — Liberty is a concept that requires constant care and maintenance to persist, according to Richard Brookhiser, award-winning historian and author of Give Me Liberty: A History of America’s Exceptional Idea. 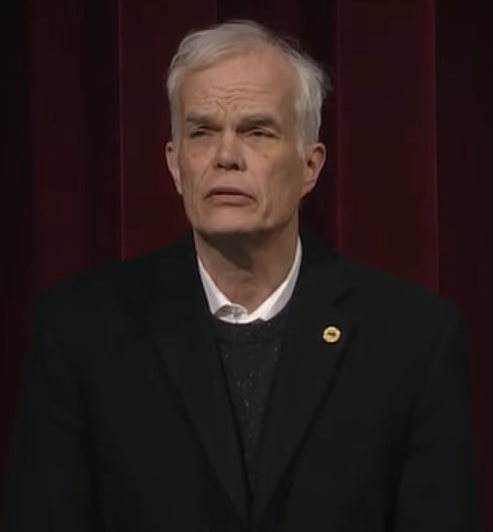 More than 243 years after the signing of foundational documents like the Declaration of Independence and the U.S. Constitution, the application of the idea of liberty has changed to address specific human struggles across generations, Brookhiser noted during a November 12 presentation in the William G. McGowan Theater of the National Archives Building in Washington, DC.

Brookhiser explored the evolution of the idea of liberty in the United States by highlighting the 13 documents he examined in his book. The collection comprises works that are both little known and world renowned, authored by ordinary men and women and celebrated heads of state. Brookhiser’s chronological examination begins with the minutes of the first meeting of the General Assembly of Jamestown in 1619 and concluded with Ronald Reagan’s “Tear Down This Wall” speech at the Berlin Wall in 1987.

“The most important of these documents are probably those that explain principles—often for the first time—and of these the most important and the most famous are the Declaration of Independence, the Constitution, and the Gettysburg Address,” Brookhiser said.

In his introductory remarks, Archivist of the United States David S. Ferriero emphasized several documents discussed in Give Me Liberty that appear in National Archives holdings.

“Of the 13 documents, I’m pleased to note, the National Archives and its Presidential Libraries have five: the Declaration of Independence, the U.S. Constitution, the Monroe Doctrine, Franklin Roosevelt’s ‘Arsenal of Democracy’ Fireside Chat, and Ronald Reagan’s ‘Tear Down This Wall’ speech in Berlin,” Ferriero said.

“The National Archives motto Littera Scripta Manet, ‘the written word endures,’ appears on a bronze medallion in front of the Rubenstein Gallery. . . . The written word endures not just because the National Archives keeps the documents in protective containers in secure storage spaces,” Ferriero said. “The words endure because they tell us who we are as a nation—today as well as centuries ago.”

Brookhiser later reflected on the nature of liberty in his closing statements, saying, “Liberty is not a perpetual motion machine. It has to be maintained, it has to be understood, and it has to be upheld.”