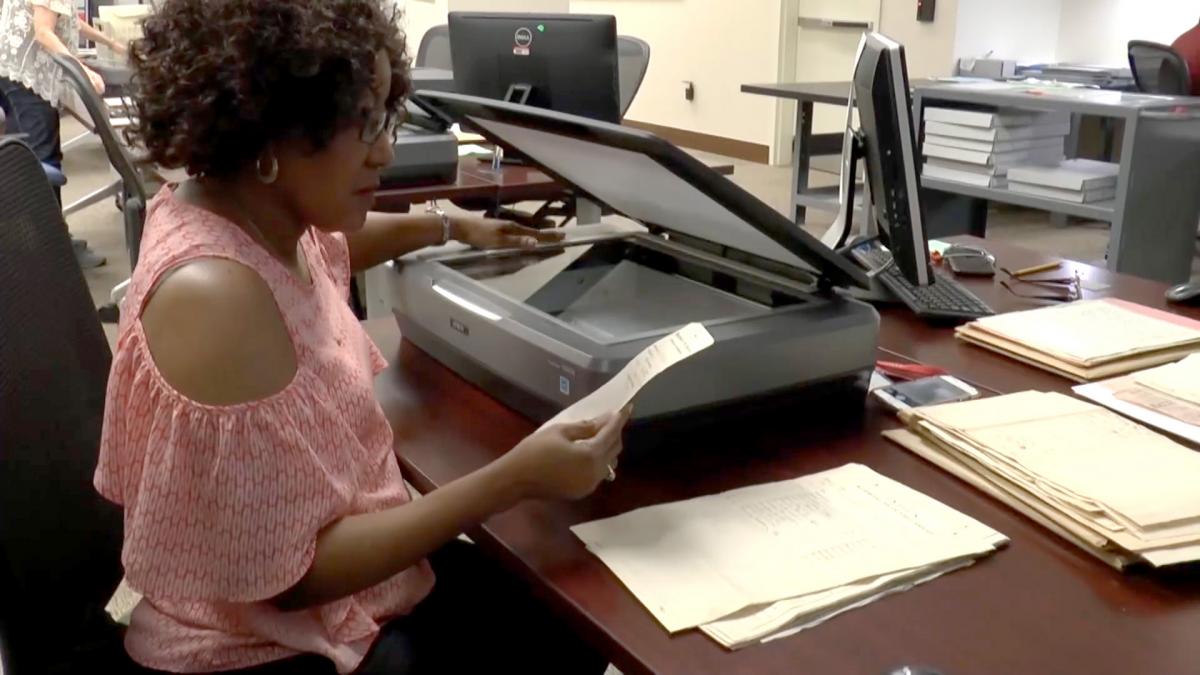 Records related to Buffalo Soldiers, African Americans who served their nation on the western frontier following the Civil War, recently became more accessible thanks to the efforts of volunteers who participated in a “scan-a-thon” at the National Archives in Washington, DC.

Held in the National Archives Building's Innovation Hub on June 20, a group of 32 people, both citizen archivists and volunteers, scanned 2,055 pages from 19 pension files. The event was part of the Innovation Hub’s effort to digitize pension files of African American soldiers who served between 1866 and 1892.

The Innovation Hub provides a space for the public and groups to scan documents in the National Archives holdings and highlight the use of those records in innovative ways.

“When I heard about the scan-a-thon, I said ‘I must sign up’,” said genealogist Bernice Bennet. During her time at the event, Bennet said she found multiple historical records about a particular soldier. “These documents are here, they’re historic, and they’re giving the story about the soldier and what he did for our country.”

Other volunteers, like citizen archivists Flo McAfee and Raymond Johnson, said they felt like they were getting to know the Buffalo Soldiers well.

“The good thing about this event is that I feel like I’m touching the ancestors of the Buffalo Soldiers,” Flo said. “Touching history, learning history, learning a little bit of what they went through in order to get their pension … the first one I [scanned] he actually handwrote the letter and that was fascinating.”

Johnson added, “It really thrilled me to have my hands and my eyes to look at the real, legitimate records of people who lived, served, and possibly died serving their country.”

The  National Archives holds more than 1,000 pension files of Buffalo Soldiers. Catherine Brandsen, Innovation Hub coordinator, said the agency hopes to scan most if not all of the files so they can become available to researchers through the National Archives Catalog.

“We’ve got at least 300 more files that need to be scanned, so folks are welcome to drop in the Innovation Hub anytime that we are open,” Brandsen said.

The National Archives Innovation Hub is open for anyone at least 14 years old with a photo ID, Monday–Friday, 9:30 a.m.– 4:30 p.m. To participate, volunteers will need to obtain researcher cards from the National Archives Building and email innovationhub@nara.gov to reserve a scanner and time slot.