WASHINGTON, November 29, 2018 — Senior officials from Library and Archives Canada (LAC) presented several initiatives taken by that nation to preserve records related to their indigenous peoples during a panel discussion at the National Archives and Records Administration at College Park, Maryland, on November 14, 2018. 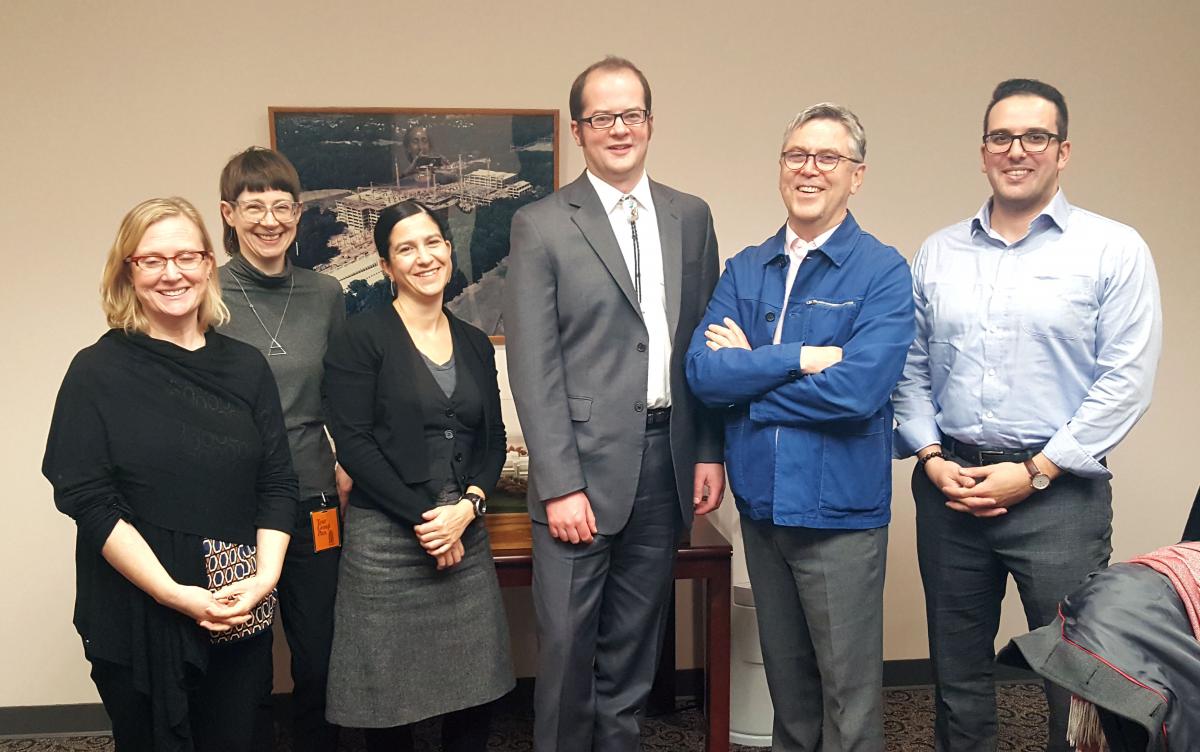 “One of the pleasures of my job is getting to meet some of our international peers and colleagues, and it’s my pleasure today to have you meet some of them too,” said Phillips, referring to Charbonneau and Smith. “I think we really have a lot to learn from each other, and it’s really fun to have them as guests at the National Archives.”

Charbonneau and Smith gave the National Archives staff a general historical survey of their indigenous peoples’ experiences in Canada and announced LAC’s new main indigenous initiatives: a project to digitize holdings documenting indigenous history and culture, and a project to offer support for the digitization of Indigenous language recordings kept in Indigenous communities across Canada.

During Charbonneau’s presentation, titled “Decolonization and Reconciliation With Indigenous Peoples,” he touched on the Indigenous languages in Canada; historical and modern treaties; LAC’s Indigenous Heritages Action Plan; and LAC’s Indigenous Advisory Circle, which is meant to provide recommendations to LAC on initiatives about or affecting Indigenous peoples.

Smith’s presentation was titled “Indigenous Documentary Heritage: Initiatives and Engagement at LAC.” The first of the two major projects she expounded on was called “We Are Here, Sharing Stories: Indigenous Digitization and Digital Access Initiative,” which deals exclusively with LAC collections and creating greater access to the information most relevant to Indigenous communities, including claims researchers.

"What was discussed by our Canadian colleagues is not an academic exercise for us, as the United States and Canada, for better or worse, share a similar, at times tortured, history of Native American relations,” said White. “Given that said history for the United States can be largely traced through the records here at the National Archives, any similar initiatives our nation might pursue would roundly fall onto our shoulders, making this talk all the more informative."

Library and Archives Canada has led several projects over the past 20 years that sought to facilitate access to and create knowledge of Indigenous histories and heritages in Canada.