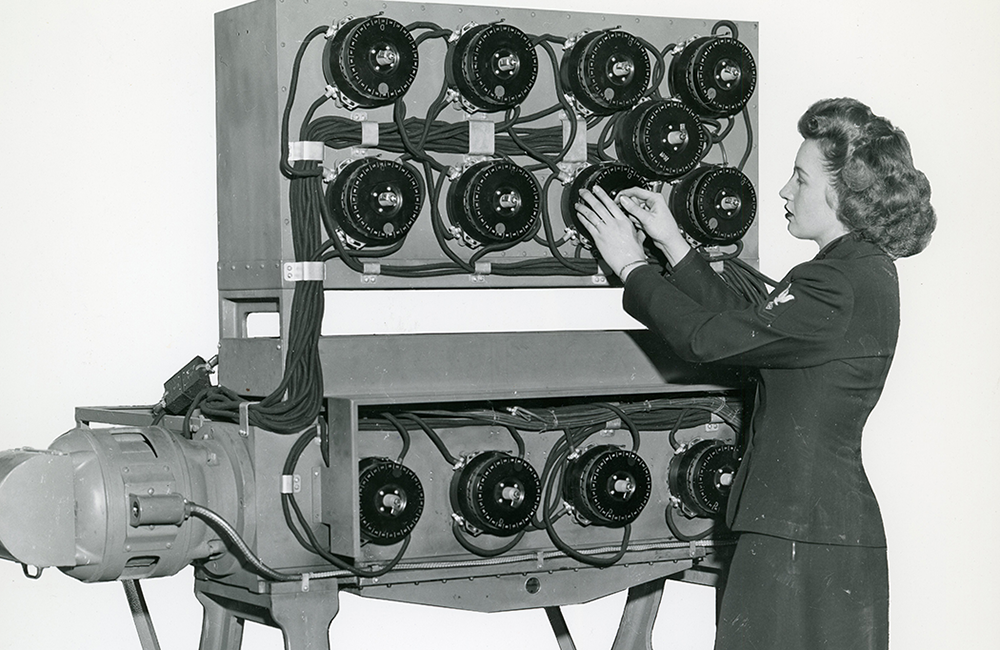 This event was hosted as a part of the Know Your Records Program, which provides information on how to access and do research using U.S. Federal Government records held at the National Archives and Records Administration.

“Part of the reason for our presentation today is that we have seen an increase in Code Girls as a research topic and as a celebration,” Lebonick said.

Last year, for example, the Library of Congress held an honorary meeting with five Code Girls.

Lebonick began her presentation by defining what the term “code girls” meant: women during World War II who worked in cryptography (the practice of making a code) or as cryptanalysts (breaking codes). They were commonly recruited from colleges and universities to work in the intelligence branches of Federal agencies.

Lebonick explained that like many civilian records, it is difficult to track down these individuals. There is no record group that encompasses a roster of all the Code Girls. Researchers are also slowed down in their records searches by name changes, usually because of  marriage, and by the vague job titles the women held. Those who served in the military branches had less direct and unique titles and held rank as ensigns and officers with speciality duties.

To meet an increased demand in recent years for Code Girl records, National Archives staff became intimately knowledgeable with how to find them.

Lebonick said having the name, maiden name, date of birth, employing agency, and location of employment can facilitate the search for Code Girl archives. Requests can be emailed to STL.archives@nara.gov.

Learn more about the Know Your Records program and more about other women who served the country in the Rightfully Hers exhibit at the National Archives.

The recorded program is available on the National Archives YouTube channel: