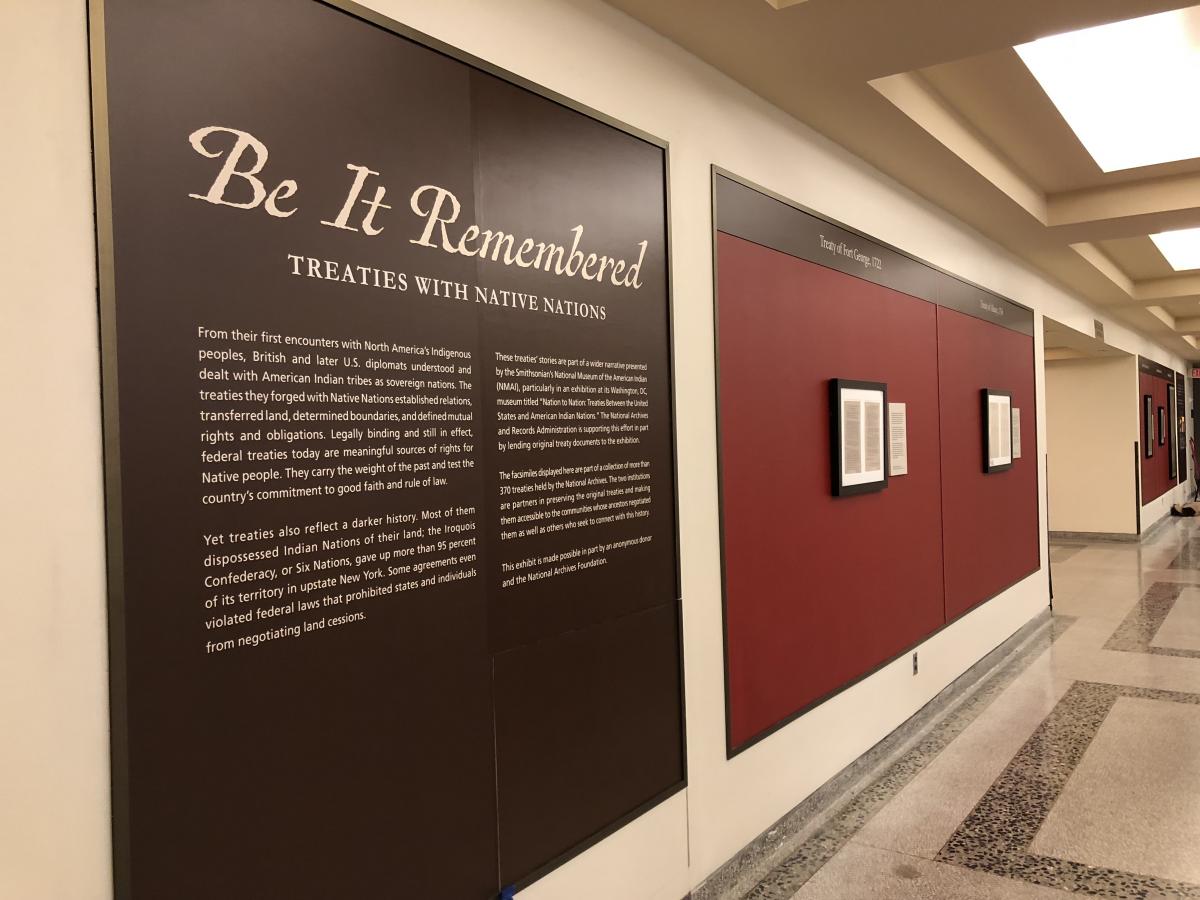 The "Be It Remembered" exhibit features 11 facsimiles of Native American treaties related to New York and the important history preserved through those documents. (National Archives photo by Dorothy Dougherty).

“Be It Remembered” offers visitors an opportunity to view 11 featured facsimiles of Native American treaties related to New York and the important history preserved through those documents.

The exhibit includes the Treaty of Fort George, 1722; the Treaty with the Delaware, 1778; the Muscogee Treaty, 1790; and the Treaty of Canandaigua, 1794, to name a few. Legally binding and still in effect, Federal treaties are meaningful sources of rights for Native people, according to Dorothy Dougherty, Programs Director at the National Archives in New York.
Dougherty said the New York Archives staff, including exhibit curator Sara Davis, worked closely with staff from the Smithsonian’s National Museum of the American Indian (NMAI)—who occupy the same office building in Manhattan—to develop related content for each treaty, making it relevant to the public and Native Communities.

“We wanted to bring a different perspective to the public about the records we hold here,” Dougherty said. “Many visitors already know that we showcase records on Ellis Island and immigration-—both valuable genealogy tools. This exhibit presented us with a unique and exciting opportunity to highlight treaties that related to the first inhabitants of our great state AND partner with another museum whose mission reflects Native American history and also shares our building space. It just seemed like the perfect opportunity to work together to share our holdings and our expertise with the public.” 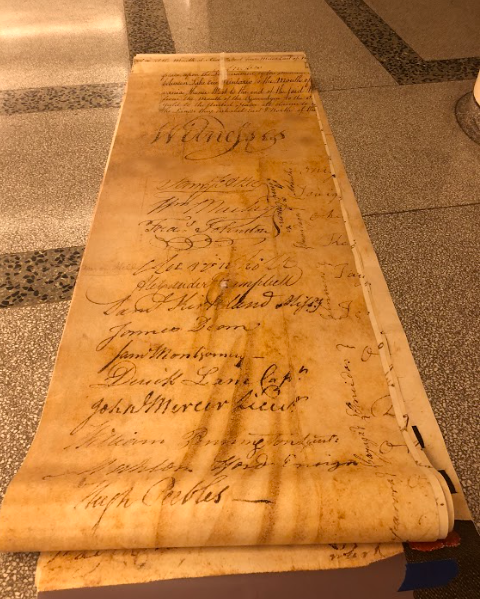 A facsimile of one of the 11 treaties currently on display is part of a much larger collection of 377 Ratified Indian Treaties from the National Archives vault holdings in Washington, DC. (National Archives photo by Dorothy Dougherty)

The “Be It Remembered” exhibit builds upon the strong partnership between the National Archives and the NMAI that was established for the Washington, DC, exhibition “Nation to Nation: Treaties between the United States and American Indian Nations.” Both agencies have buildings along the National Mall in Washington, DC, as well as the facilities at the custom house in New York City.

Dougherty said Davis and Carol Buswell from the Seattle Archives staff are developing supporting materials for the new Native Communities educational series, which provides web-based research aids, programs, and hands-on projects relating to interactions between the Federal Government and Native People from every corner of the U.S. from the 19th century until today.

The National Archives at New York City maintains the historically significant records of Federal agencies and courts in New Jersey, New York, Puerto Rico, and the U.S. Virgin Islands, dating from 1685 to the present.