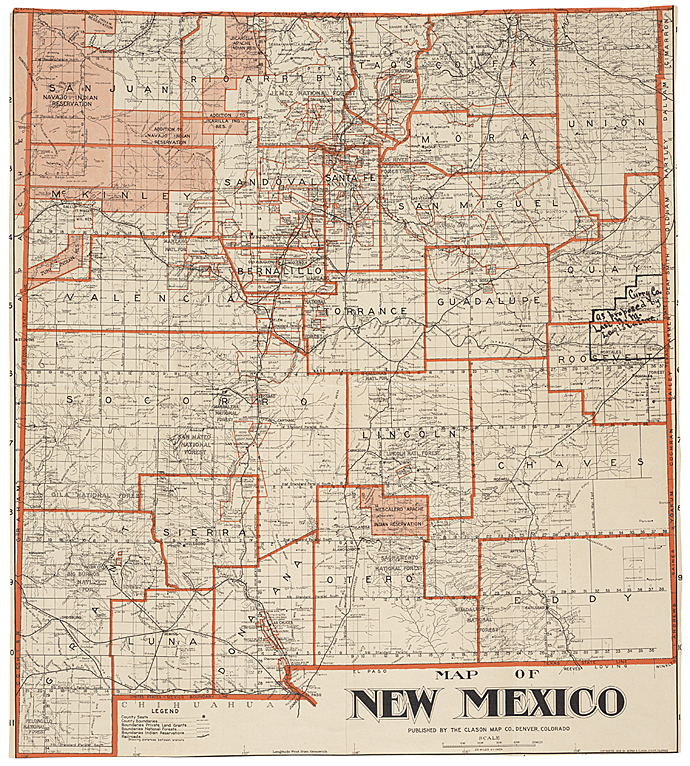 Three major collections of records from the Spanish, Mexican, and Territorial Archives of New Mexico

The Spanish Archives of New Mexico contain the administrative and judicial records and journals of the Spanish government in New Mexico, 1621-1821.  Census records, military, and financial records of New Mexico's Spanish Colonial Government are also included.  Records cover both the local and provincial levels, and include correspondence between officials in Santa Fe and Mexico. These microfilms reproduce the extant official Spanish archives of New Mexico in the custody of the Archives Division of the State of New Mexico Records Center concerning the administration of the region from the period of Spanish colonial sovereignty to the establishment of the Mexican national government in 1821. This collection does not include materials on Spanish explorations and land grants.

The Territorial Archives of New Mexico, 1846–1912 are the records of New Mexico from August 18, 1846, when United States military forces under Brigadier General Stephen Watts Kearny occupied Santa Fe, to January 6, 1912, when President William Howard Taft signed the proclamation admitting New Mexico to the Union as the 47th state.