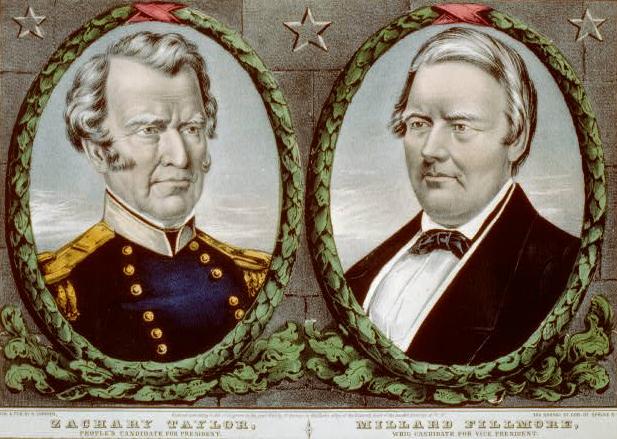 Zachary Taylor (1784 – 1850) was an American military leader who served as the 12th president of the United States from 1849 until his death in 1850. He was succeeded by Millard Fillmore (1800 - 1874), who served from 1850 to 1853. The.Correspondence of Zachary Taylor and Millard Fillmore is an edition of  two men’s letters from 1844 to 1853, before and during their presidencies. In the 1840s, Taylor commanded troops in Texas and Mexico while the United States annexed one and fought a war against the other. Fillmore helped shape the Whig party, the New York government, and a nascent university. As presidents (1849–53), both worked to incorporate into the country new western lands won from Mexico and to find a compromise between supporters and opponents of African Americans’ enslavement. Taylor was the first president with no prior political experience; Fillmore was the last who was neither a Democrat nor a Republican.

Transcriptions will be available online at no charge, and annotated documents will then be published in three print volumes by the University of Tennessee Press and digitally by the Rotunda imprint of the University of Virginia Press.