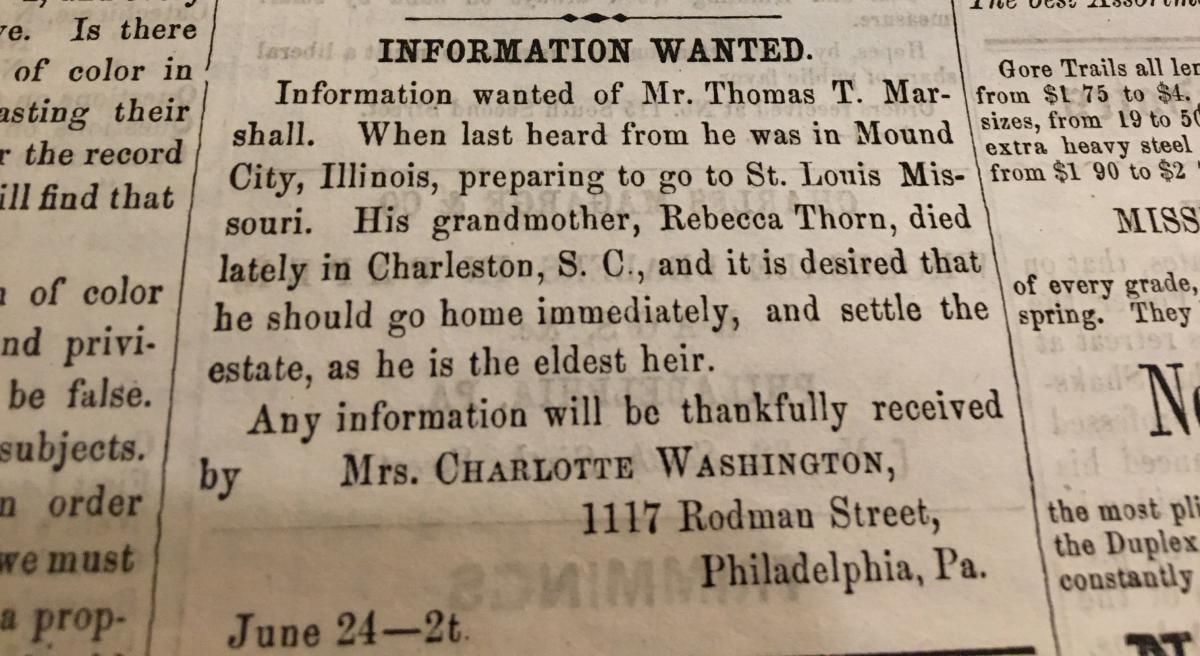 Last Seen: Finding Family After Slavery aims to identify, digitize, transcribe, and publish ads placed in newspapers across the United States (and beyond) by formerly enslaved people searching for family members and loved ones after emancipation. These newspaper ads began appearing in the 1830s (the earliest ad appeared in The Liberator in 1832) and greatly increased in frequency in the years immediately following emancipation (1865) and continued well into the 20th century.  (The collection includes an ad that appeared in The Richmond Planet in 1922.) These ads not only document the extensive separation of Black families through the domestic slave trade, but also attest to the persistent efforts thousands of people made to reunite with those from whom they had been separated. In the ads, mothers search for children separated through sale, daughters and sons seek parents, men and women inquire about partners and spouses, and siblings search for one another—they include names, describe events, and recall last seen locations. All this information, crucial to genealogists and scholars alike, is published in this open-access collection.