The Papers of Richard T. Ely 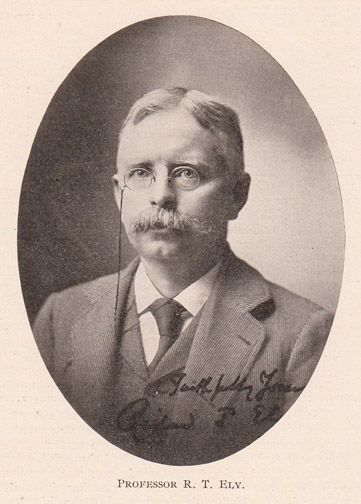 Richard T. Ely (1854-1943) was an American economist, author, and leader of the Progressive movement. The Wisconsin Progressives called for more government intervention in order to reform what they perceived as the injustices of capitalism, especially regarding factory conditions, compulsory education, child labor, and labor unions. Ely was a founder and the first Secretary of the American Economic Association, a founder and secretary of the Christian Social Union, and the author of a series of widely read books on the organized labor movement, socialism, and other social questions.