Amending America: Proposed Amendments to the United States Constitution, 1787 to 2014 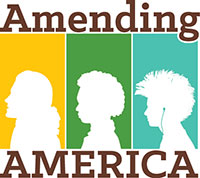 What is the data?

Data available for each proposed amendment varies by source publication. Each entry may include a source of information, title or description of amendment, date of introduction, Congress, Congressional session, joint resolution number, sponsor name, sponsor state or territory, and the committee of referral.

The National Archives and Records Administration created this dataset as part of the Amending America initiative. To prepare for the 2016 "Amending America" exhibition at the National Archives Museum in Washington, D.C., NARA volunteers and staff transcribed and edited over 11,000 entries representing proposed amendments to the U.S. Constitution, as recorded by Congress.

This dataset was compiled from written records issued by Congress and is not necessarily complete. According to the Senate Historical Office, the number of proposed amendments to the Constitution is an approximation for several reasons. Inadequate indexing in the early years of Congress may obscure the total number of proposed amendments. Amendments in the nature of a substitute, in which the entire text of a measure is stricken and a different full text is inserted, offer another challenge. It is also common for a number of identical resolutions to be offered on issues that have widespread public and congressional support. Finally, Congressional rules limiting the number of co-sponsors permitted for each proposed amendment may be a factor in the number of resolutions introduced.

As of March 2016, this dataset has been released in raw form—chiefly as the data was captured and transcribed from source information by NARA volunteers and staff, with minimal refinements or enhancements.

The information in this dataset was sourced from six government publications and the government website Congress.gov. For each proposed amendment, the source citation is provided within the entry row.

The source data is available in print format from several Congressional publications.  Legislation introduced from 1973 to present is publicly available via Congress.gov

The data is available for download in a comma-separated values (CSV) file. The data dictionary outlines and defines the fields available in the CSV file.

Is this dataset in the public domain?

This is a human-readable summary of the Legal Code (read the full text).

The person who associated a work with this deed has dedicated the work to the public domain by waiving all of his or her rights to the work worldwide under copyright law, including all related and neighboring rights, to the extent allowed by law.

You can copy, modify, distribute and perform the work, even for commercial purposes, all without asking permission.

In no way are the patent or trademark rights of any person affected by CC0, nor are the rights that other persons may have in the work or in how the work is used, such as publicity or privacy rights.

Unless expressly stated otherwise, the person who associated a work with this deed makes no warranties about the work, and disclaims liability for all uses of the work, to the fullest extent permitted by applicable law. When using or citing the work, you should not imply endorsement by the author or the affirmer.

What makes this dataset of high value to the public?

This dataset would be of interest to the public because it:

Is this the first time the data is available?

This is the first time that the information is available comprehensively in an electronically searchable and sortable format.

Currently, the data is available in print format from several Congressional publications. Legislation introduced in Congress from 1973 to present is publicly available via an electronic database on Congress.gov.

Who do I contact if I have questions about this data?