Updates on Transparency, Participation, and Collaboration

September 6, 2016 - The National Archives releases its Open Government Plan for 2016-2018. This plan is made available for the first time on Github so the public can add issues or submit edits. The public can also send their feedback to webprogram@nara.gov . Learn more about the plan on the AOTUS Blog.

March 29, 2016 -  The National Archives will host a webinar on Open Government from 2 - 3 p.m. to seek suggestions from the public on what to include in the agency's fourth Open Government Plan.  Register for the webinar.

March 15, 2016 -  The Office of Government Information Services (OGIS) at NARA hosts an event celebrating Sunshine Week.  Learn more about the event on the  FOIA Ombudsman blog and watch the  video of the event.

January 13, 2016 -  NARA launches a new pilot project from the Office of Innovation called the History Hub. This collaboration network explores new ways of connecting with and serving customers who are interested in historical topics related to the holdings of the National Archives. Visit the  AOTUS Blog to learn more and the  History Hub to participate.

October 27, 2015 - The United States releases the third Open Government National Action Plan.  Access the plan in  PDF and learn more about the plan on the  White House blog.

October 9-11, 2015 - NARA is a co-organizer and hose site of WikiConference USA, the annual national conference of Wikimedia enthusiasts and volunteers in the U.S. Learn more on the AOTUS blog.

July 21, 2015 - NARA announces participation in a FOIA pilot to test the feasibility of posting online FOIA responses so that they are not just available to the individual requester, but to the general public as well. Learn more on the NARAtions Blog.

April 2, 2014 - The NDC Blog seeks public suggestions for what should be included in the National Archives and Records Administration's third open government plan, with an emphasis on declassification topics.  Read more on the  NDC blog.

April 2, 2014 - The National Archives seeks public feedback into the development of the agency's third Open Government Plan.  Read about this and comment on the NARAtions blog post, " Have Your Say: Open Government at the Archives!" or send your suggestions to  webprogram@nara.gov .

February 12, 2014 - The National Historical Publications and Records Commission (NHPRC) seeks public feedback into proposed changes to the grants program.  Read more about it on the  Annotations Blog.

March 10, 2014 - The National Declassification Center celebrates the completion of quality assurance review of over 351 million pages of historically valuable classified records.  Learn more about this effort on the NDC blog.

March 10, 2014 - The National Declassification Center celebrates the completion of quality assurance review of over 351 million pages of historically valuable classified records.  Learn more about this effort on the NDC blog. 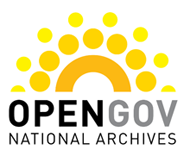