While on the Moon, astronauts were tasked with performing a variety of scientific experiments including exploration by the lunar module, surveys and sample gathering. 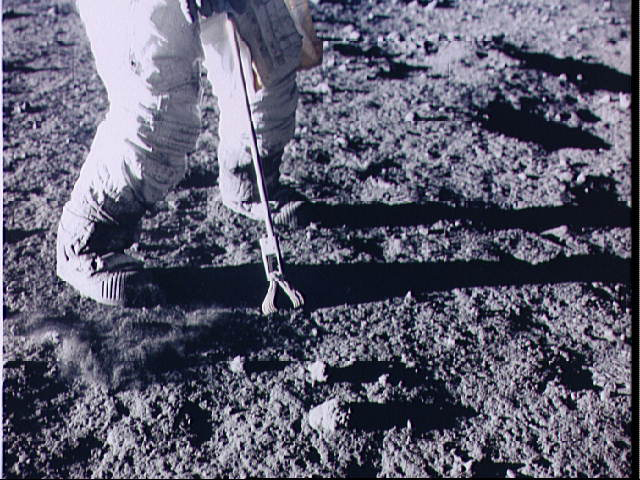 Close-up view of a set of tongs, an Apollo Lunar Hand Tool, being used by Astronaut Charles Conrad Jr., to pick up lunar samples during the Apollo XII mission, November 19, 1969. 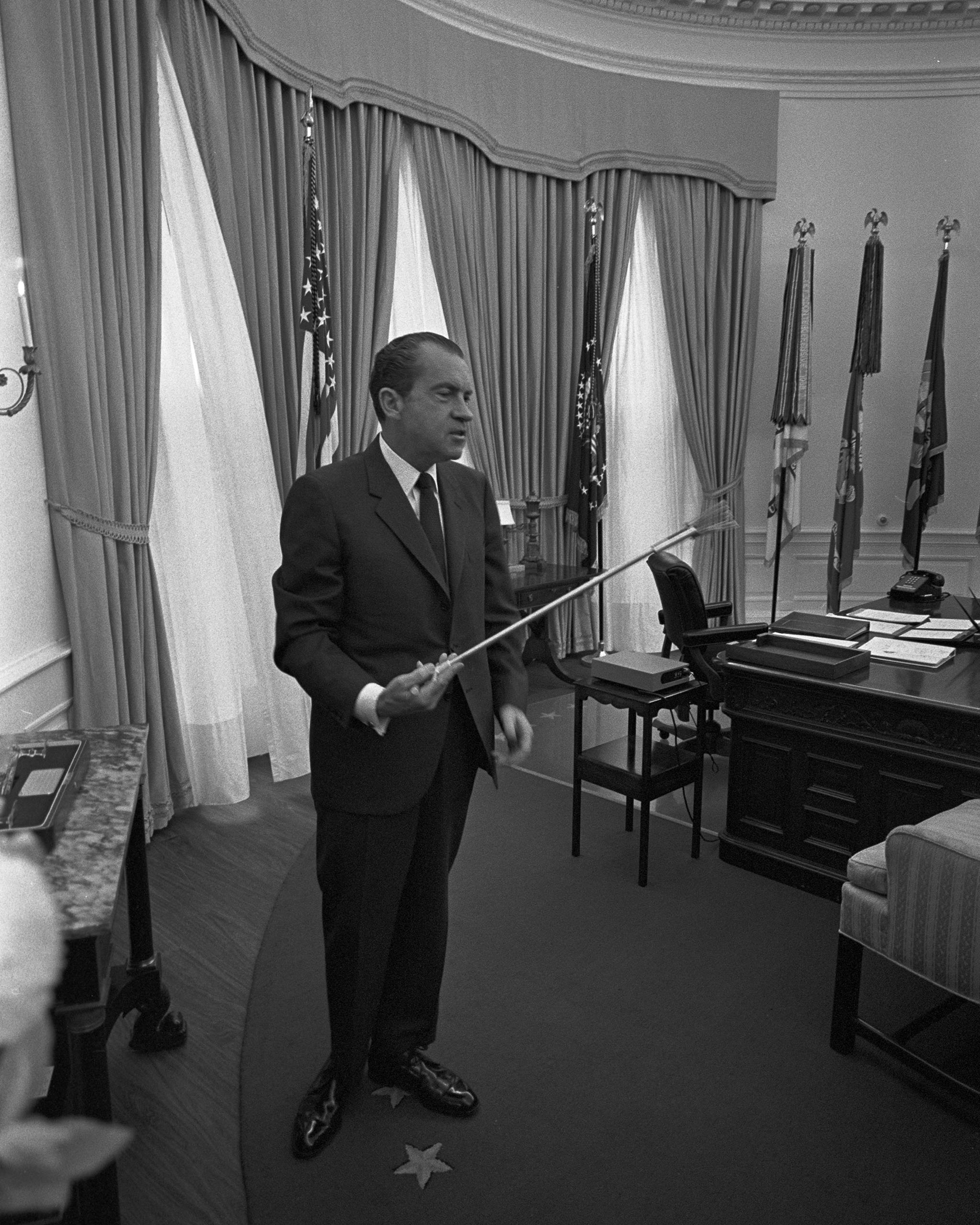 President Nixon standing in the Oval Office holding the set of tongs used by astronauts during Moon surface explorations, January 27, 1970. 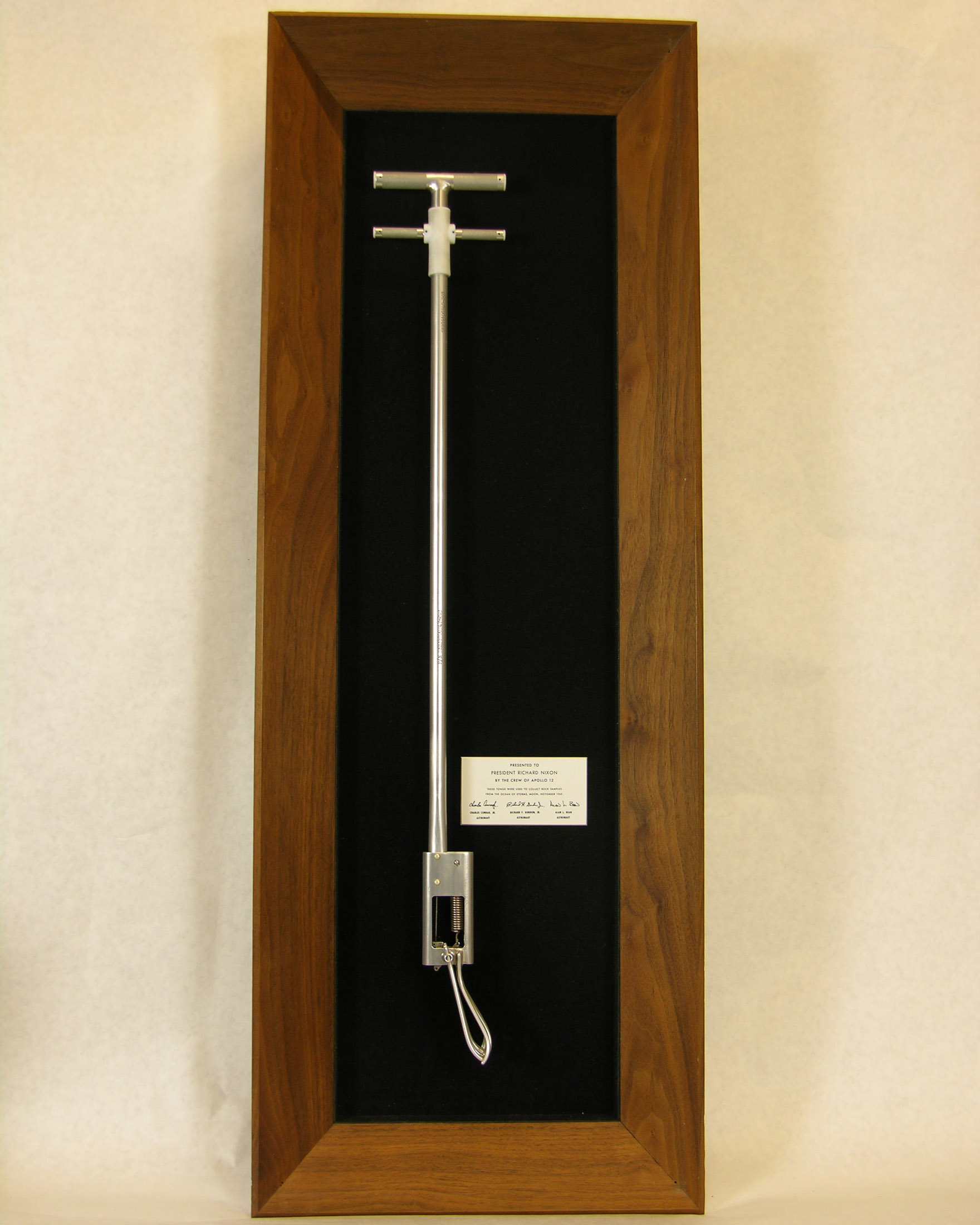 This set of tongs was used to collect lunar samples from the “Ocean of Storms,” the largest dark spot on the Moon's surface, during the Apollo XII mission. It was presented to President Nixon by astronauts Charles Conrad, Jr., Richard Gordon, Jr., and Alan Bean.