An exhibition at the National Archives in Washington, DC. In the Lawrence F. O’Brien Gallery, November 10, 2017–January 6, 2019

This exhibition presents both iconic and recently discovered National Archives records related to 12 critical episodes in the Vietnam War. They trace the policies and decisions made by the architects of the conflict and help untangle why the United States became involved in Vietnam, why it went on so long, and why it was so divisive for American society. 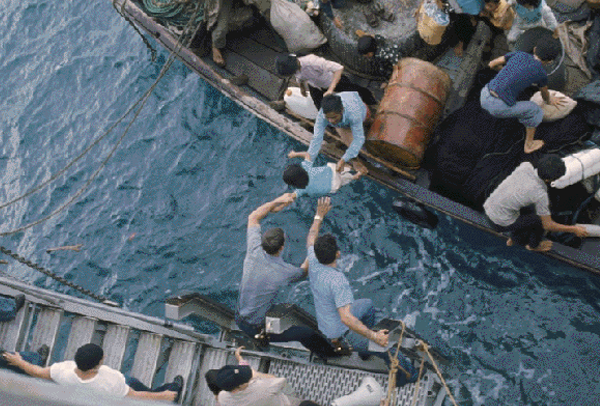 Crewmen of the amphibious cargo ship USS Durham take Vietnamese refugees from a small craft in the South China Sea, 1975. National Archives, General Records of the Department of the Navy. View in National Archives Catalog. 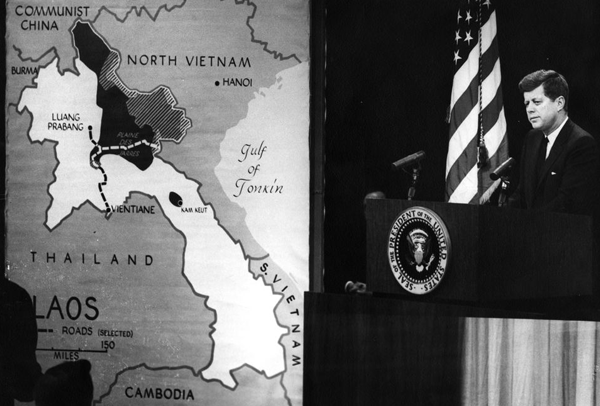 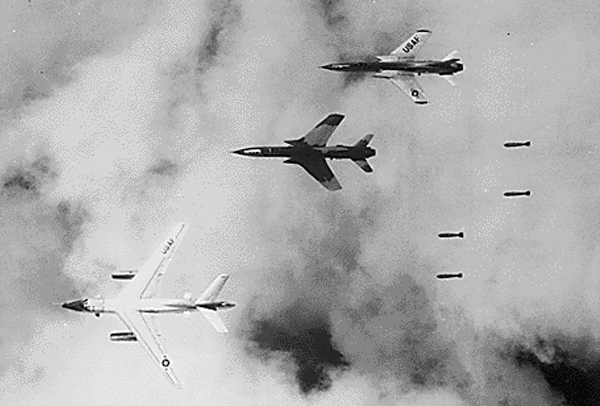 Flying under radar control with a B-66 Destroyer, Air Force F-105 Thunderchief pilots bomb a military target through low clouds over the southern panhandle of North Viet Nam. 7/14/1966, National Archives, Records of the U.S.I.A. View in the National Archives Catalog. 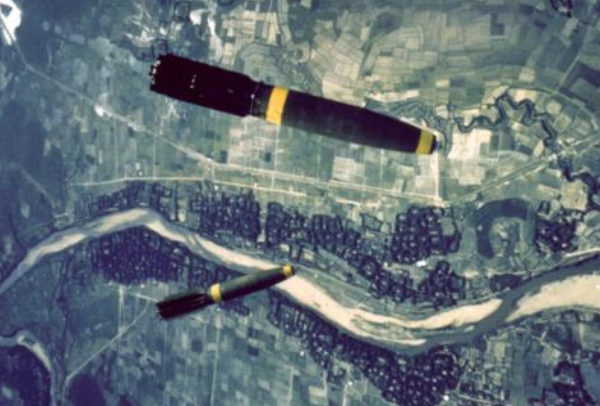 Bombs fall from an A-4C Skyhawk bomber on the Truong Quang Tin Railroad bridge during an air strike over North Vietnam, 9/16/66. National Archives, General Records of the U.S. Navy  RED 28335 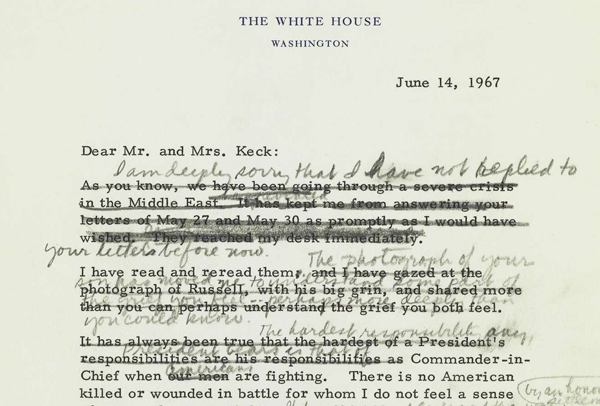 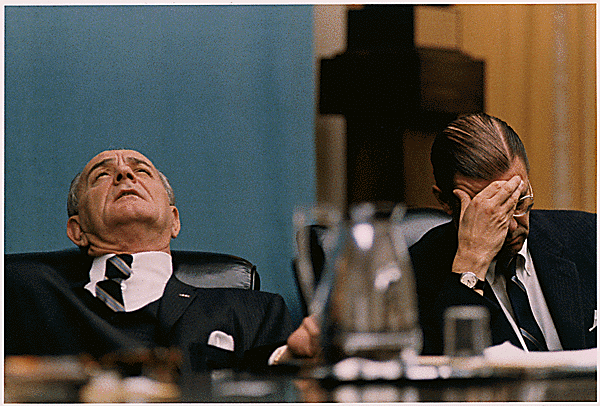 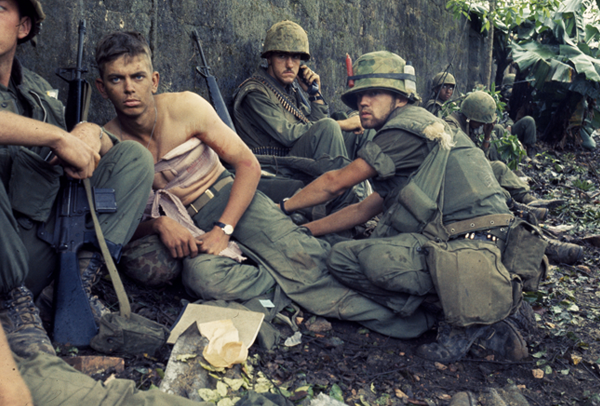 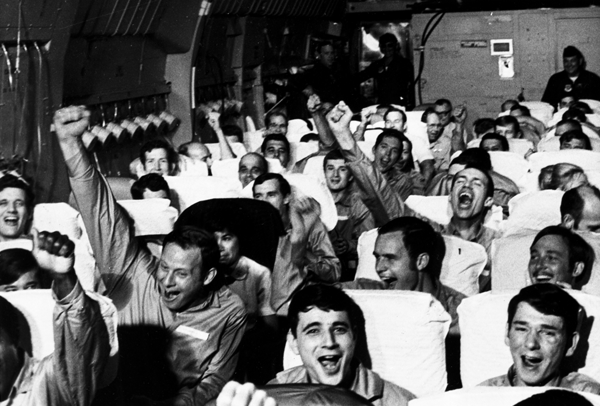 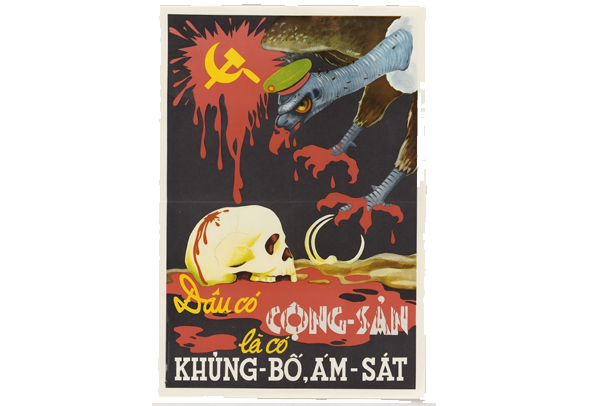 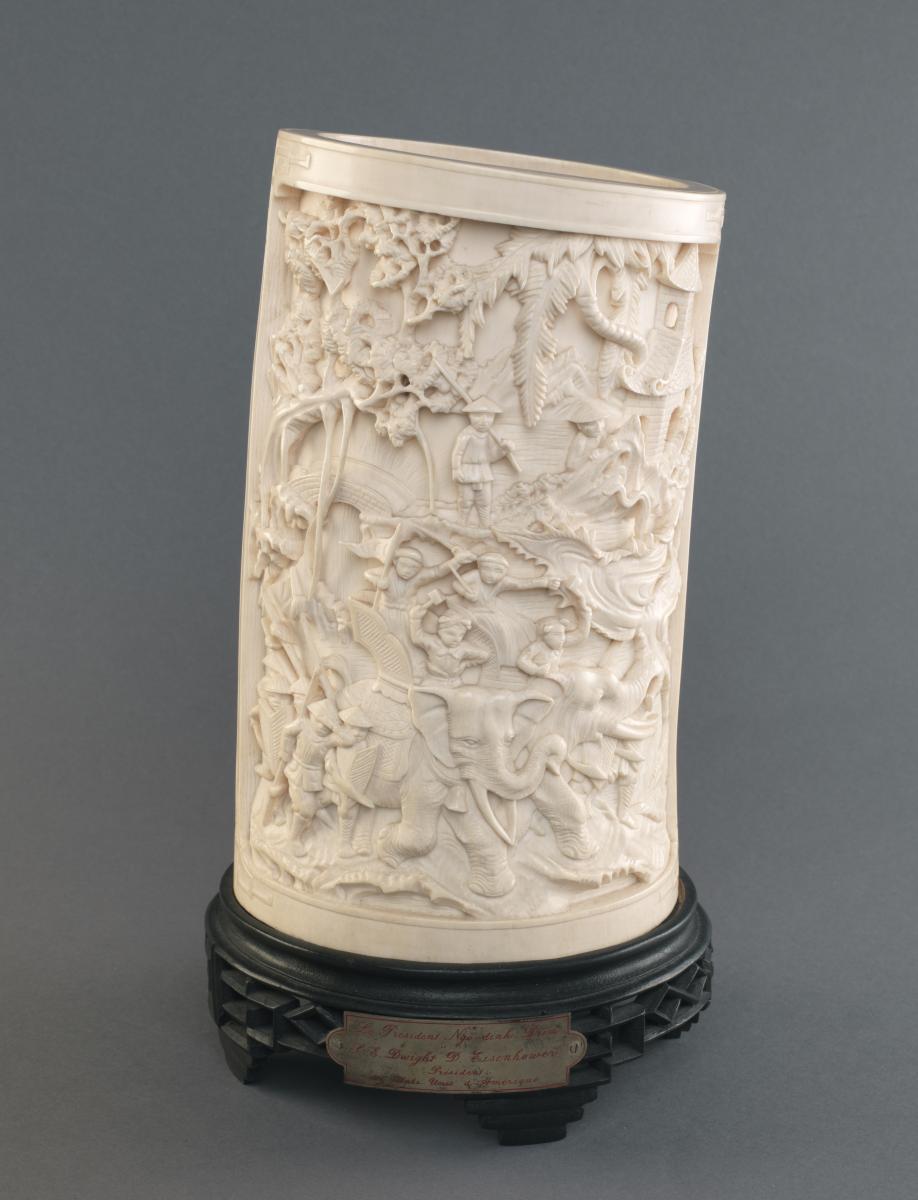 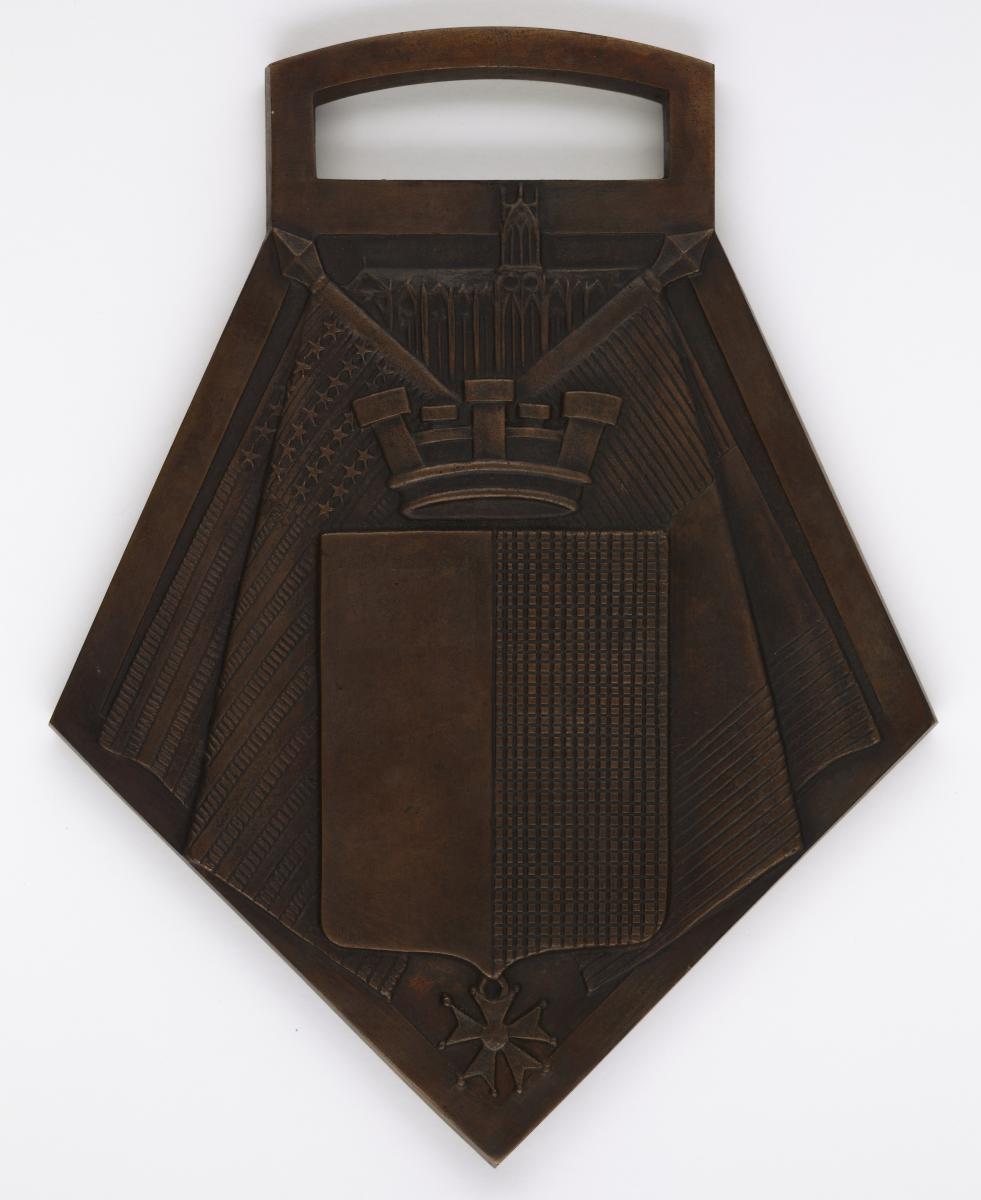 During his official visit to Washington in 1945, French President Charles de Gaulle presented President Harry S. Truman with this medal to thank the United States for its help liberating France from German occupation. During the visit, Truman told de Gaulle that the U.S. would not oppose a return of French authority in Indochina. 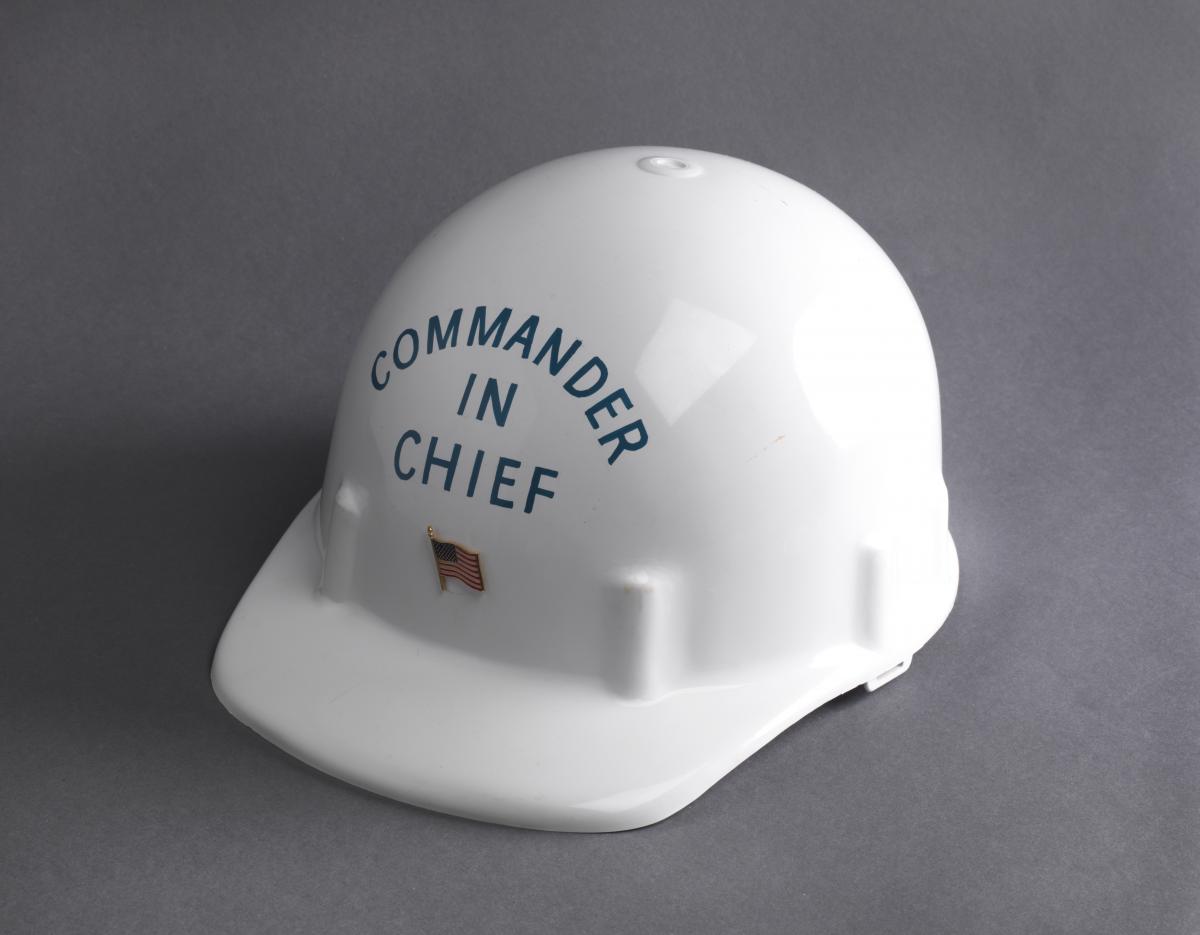 “Hardhats” facing off against entitled “hippie” youth became a dominant image from the Vietnam era. The reality was more complex. While working class Americans were divided in their opinions of the war, they were less supportive of the war than their more privileged compatriots, skeptical of its aims and souring on its pursuit of them. Thousands of workers came to participate in antiwar activities through their unions. Many more thousands of workers came to oppose the war through their direct experience fighting in Southeast Asia. 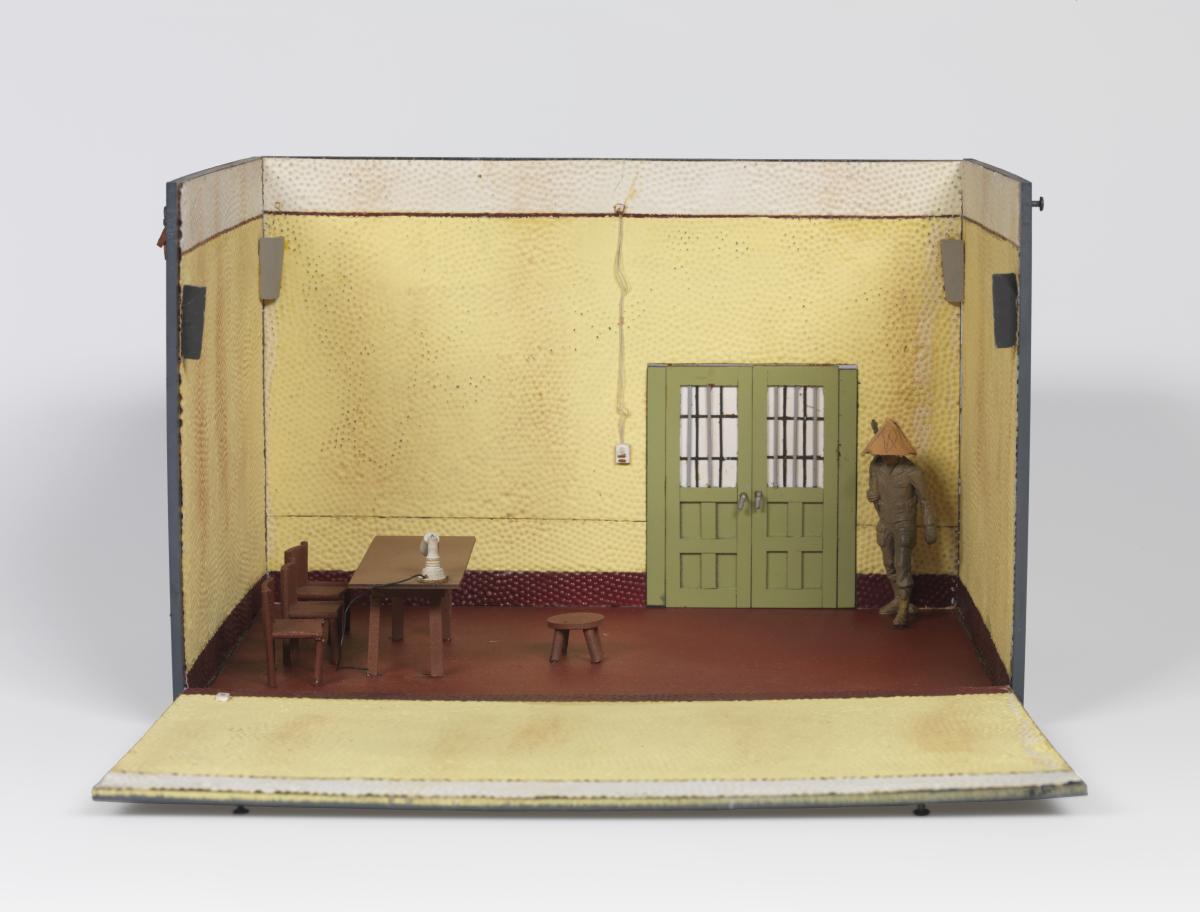 The CIA sometimes produced models for POW rescue missions. These miniatures helped operational planners to understand the target, in this case, the Hoa Lo prison camp. Built by the French in the 1880s to house political prisoners, the Americans held there—including Lieutenant Commander (later Senator) John McCain—called it the “Hanoi Hilton.” Despite attempts, no American POW successfully escaped or was rescued from a North Vietnam prison.

Education Lesson Plan:  The War in Vietnam: A Story in Photographs

Vietnam and the Presidency Conference at JFK Presidential Library & Museum, 2006 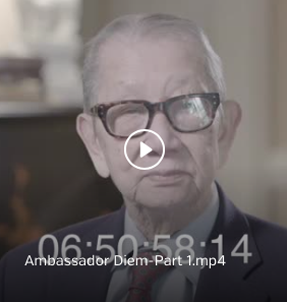 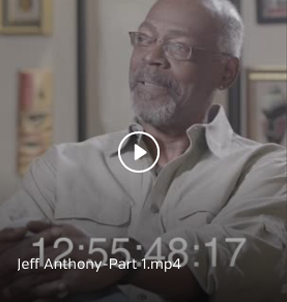 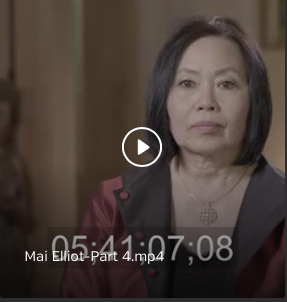 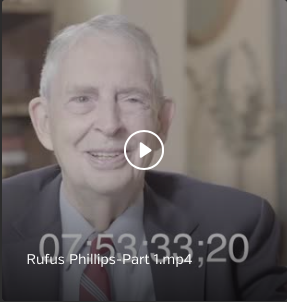 Remembering Vietnam is free and open to the public, and will be on display in the Lawrence F. O’Brien Gallery of the National Archives Museum in Washington, DC, through January 6, 2019. Presented in part by the Lawrence F. O’Brien Family, Pritzker Military Museum & Library, AARP, FedEx Corporation, and the National Archives Foundation. Additional support provided by the Maris S. Cuneo Foundation, The Eliasberg Family Foundation, Inc., and HISTORYⓇ. 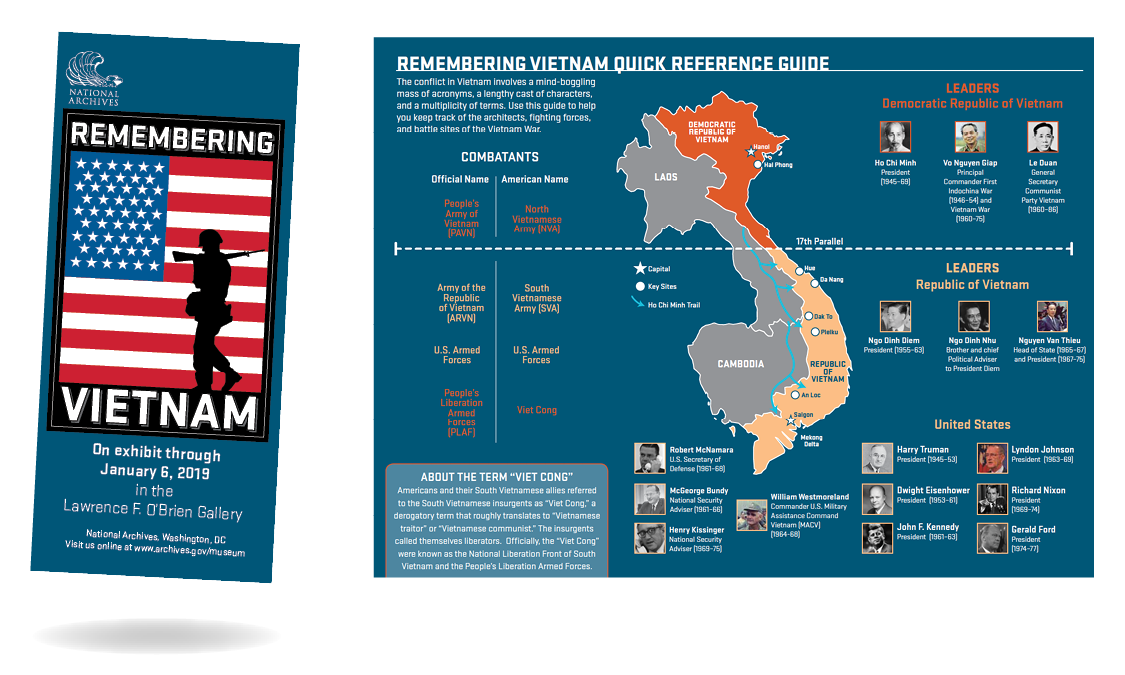