Shirley Anita St. Hill Chisholm was born in Brooklyn, New York to immigrant parents who came to the United States from Barbados. Chisholm graduated from Brooklyn College and the Teachers College at Columbia University. In 1968, she became the first Black woman elected to the United States Congress and represented New York's 12th congressional district for seven terms from 1969 to 1983. During her time in office, Chisholm served on the House Agriculture Committee where she worked to expand the food stamp program. Legislation she introduced also focused on gender and racial equality, and ending the Vietnam War.

In the 1972 United States presidential election, she became the first Black candidate to seek a major party's nomination for President of the United States, and the first woman to run for the Democratic Party’s presidential nomination. After the unsuccessful bid for President, Chisholm continued serving in the House of Representatives. In 1977, she was elected as Secretary of the House Democratic Caucus. Chisholm retired from Congress in 1983, where she was succeeded by Major Owens. In 2015, Chisholm was posthumously awarded the Presidential Medal of Freedom. 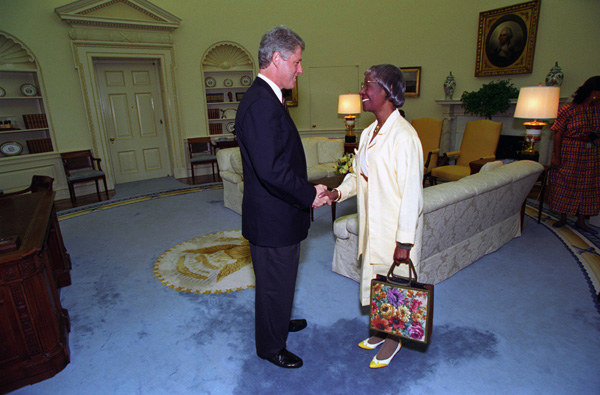 US House of Representatives: History on Shirley Chisholm