The 1850 population census was the Seventh Decennial Census of the United States. Taken every 10 years since 1790, census records provide a snapshot of the nation's population.

Frequently Asked Questions About the 1850 Census

The census began on Saturday, June 1, 1850, and was finished within 5 months, under the rules and directions established in an Act of Congress approved May 23, 1850 ( “An Act providing for the taking of the seventh and subsequent Censuses of the United States....,” 9 Statutes at Large 428 ).  However, an Act of Congress of August 30, 1850, authorized the Secretary of the Interior to "extend the time for completing the census in California, Oregon, Utah, and New Mexico, to such time as, in his discretion, may be deemed advisable." (9 Statutes at Large 445).

The law required "all the inhabitants" of each Federal judicial district or territory be enumerated.  The Instructions to Marshals and Assistants explained that the the term "usual place of abode" used in column 3 of Schedule 1, Free Inhabitants, meant the "the house or usual lodging place of a person" and that a person "temporarily absent on a journey, or for other purposes, without taking up his place of residence elsewhere, and with the intention of returning again, is to be considered a member of the family...."

The Federal Government provided blank printed forms to the U.S. Marshals.  There may be annotations such as certificates of oaths taken, population totals, and handwritten and mechanically-stamped page numbers.  For the first time, on March 3, 1849, Congress delegated decisions about the questions to be asked on the census to the "Census Board" whose members were the Secretary of State, Attorney General, and Postmaster General.  ("An Act to make Arrangements for taking the seventh Census," 9 Statutes at Large 402).  Their recommendations were later incorporated in the forms shown below included by Congress in the act that authorized the taking of the census. 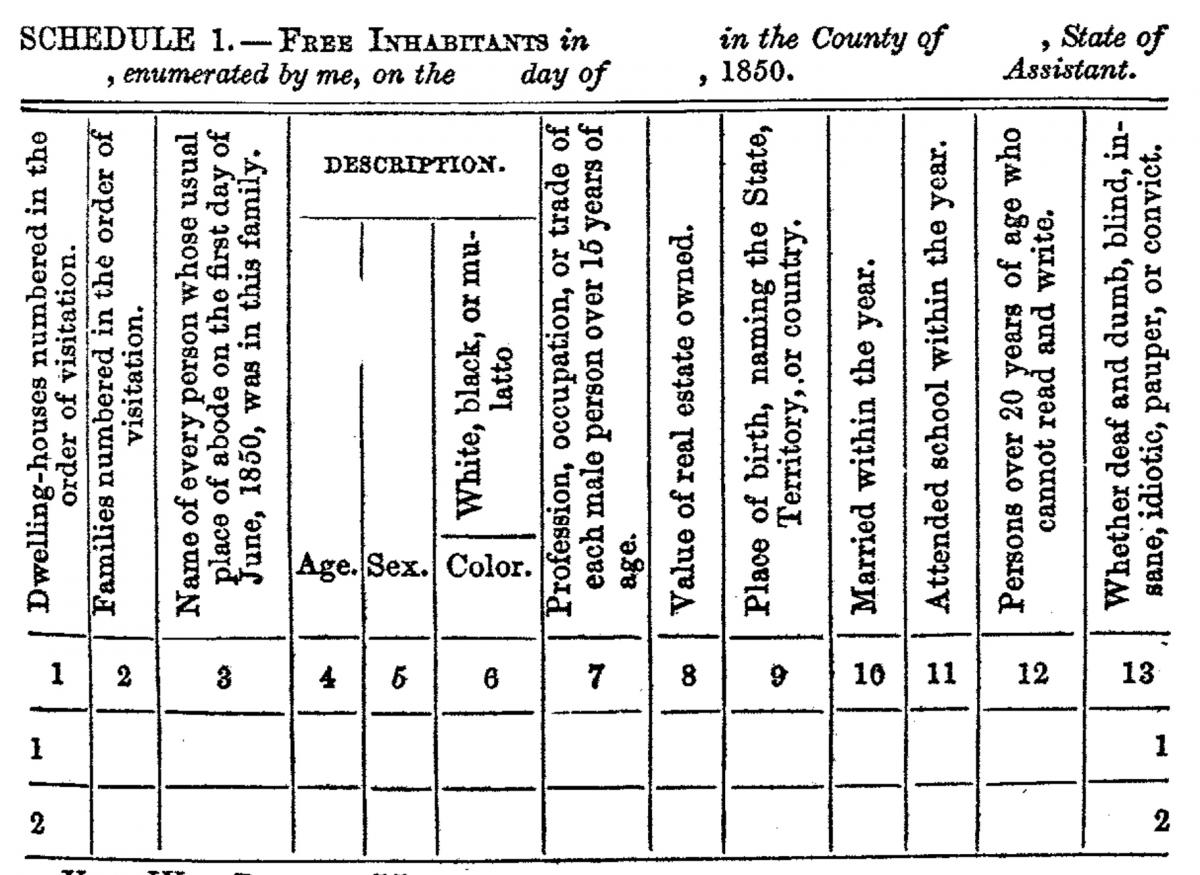 This is Schedule 1, Free Inhabitants, used during the 1850 census. 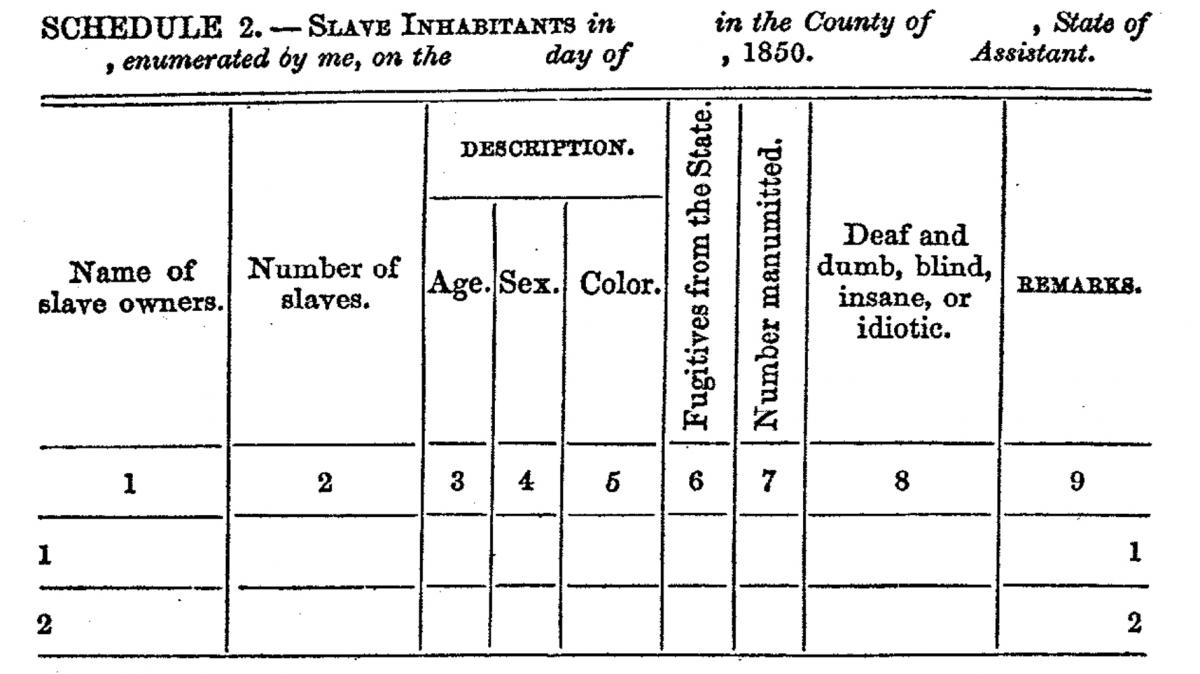 This is Schedule 2, Slave Inhabitants, used during the 1850 census.

Here are blank forms that researchers can use to record their own family:

Are some 1850 census records missing?

Yes.  There are no schedules for the California counties of Contra Costa, San Francisco, or Santa Clara.  It is possible that individual census pages for other locations were lost before they were bound in volumes in the early 1900s.

Where can I see the original 1850 census schedules?