Conference: "From Vienna to Checkpoint Charlie: The Berlin Crisis of 1961"

The National Declassification Center at the National Archives, in partnership with the Historical Review Program of the CIA, hosted a one-day conference to mark the anniversary of the Berlin Crisis of 1961. October 27th, 2011 was the 50th anniversary of the American/Soviet showdown at Checkpoint Charlie. At the McGowan theater at the Archives building in downtown Washington, D.C. a panel of distinguished historians presented topics such as "How the East German Leadership Persuaded the Reluctant Soviets to Build the Berlin Wall", "Events and Decisions Leading Up to the Building of the Berlin Wall - The East German Perspective" and "The U.S. Military Response to the 1960-62 Berlin Crisis."

The last person to cross the Potsdamer Platz in a car as the Wall was being erected, Dr. William R. Smyser, shared his personal recollections of the Crisis. Dr. Smyser was Assistant to General Lucius Clay, who was in Berlin as Kennedy's personal representative. He is the author of "Kennedy and the Berlin Wall".

A publication of newly released declassified documents accompanied the event. "A City Torn Apart: Building the Berlin Wall" includes intelligence reports, U.S. Army and NATO contingency plans, memoranda, photographs and maps of the earliest stages of the Berlin Wall, and a contemporary 600-page Department of State analysis covering the situation in Berlin from 1958-1962.

Please email all inquiries to berlin.1961crisis@nara.gov

Documents from the conference DVD can be found in the CIA's Berlin Wall Collection. 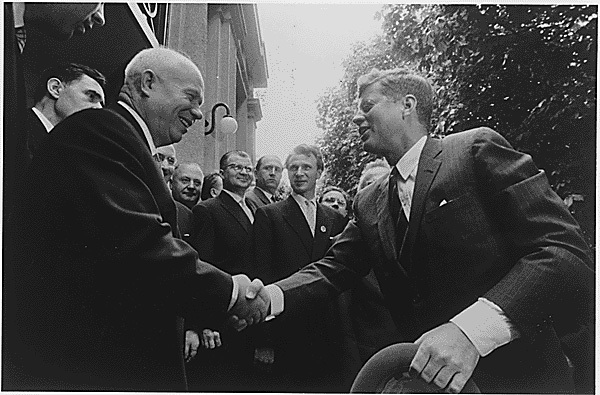