Background on the Dawes Commission

The Dawes Act of February 8, 1887 marks a turning point in determining tribal citizenship. This Act developed a Federal commission tasked with creating Final Rolls for the Five Civilized Tribes of Oklahoma (Cherokees, Chickasaws, Choctaws, Creeks, and Seminoles). The Commission prepared new citizenship rolls for each tribe, incorporating names of approved applicants while simultaneously documenting those who were considered doubtful and ultimately rejected. Upon approval of the Rolls, the Dawes Commission allotted a share of communal land to the approved individual members of these Tribes. The Dawes Commission required that the individual or family reside in Indian Territory to be considered for approval.

While the official process started with the 1896 Applications, these were eventually declared null and void. Two years later, the Curtis Act amended the process and required applicants to re-apply even if they had filed under the original 1896 process. With new guidelines in place, the Commission continued to accept applications from 1898 through 1907, with a handful accepted in 1914. The list of approved applications created the " Final Rolls of the Citizens and Freedmen of the Five Civilized Tribes in Indian Territory".

*Rejected Applications will have a Census Card and Enrollment Jacket; however, it will not have a Land Allotment Jacket.

Just for Educators: Lesson Plan for Teaching about Dawes Records 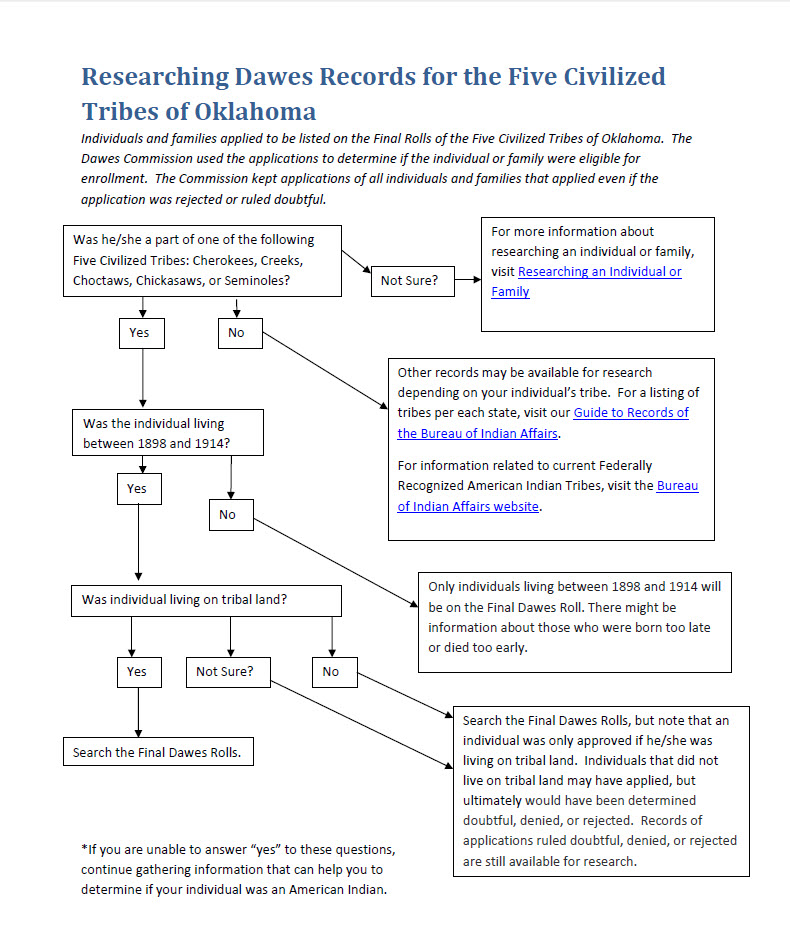