Why Search the Dawes Rolls?

The Dawes Rolls, also known as the "Final Rolls", are the lists of individuals who were accepted as eligible for tribal membership in the "Five Civilized Tribes": Cherokees, Creeks, Choctaws, Chickasaws, and Seminoles. (It does not include those whose applications were stricken, rejected or judged as doubtful.) Those found eligible for the Final Rolls were entitled to an allotment of land, usually as a homestead.

The Rolls contain more than 101,000 names from 1898-1914 (primarily from 1899-1906). They can be searched to discover the enrollee's name, sex, blood degree, and census card number. The census card may provide additional genealogical information, and may also contain references to earlier rolls, such as the 1880 Cherokee census. A census card was generally accompanied by an "application jacket". The jackets then sometimes contain valuable supporting documentation, such as birth and death affidavits, marriage licenses, and correspondence.

Today these five tribes continue to use the Dawes Rolls as the basis for determining tribal membership. They usually require applicants to provide proof of descent from a person who is listed on these rolls. ( Contact the tribes directly for enrollment information).

Before you can effectively use the online index to find a person in the Final Rolls, you need to know:

If you know the individual's name and their tribe:
Proceed to Step 2: Check to see if the person's Census Card is described online.

If you do not know the person's tribe: you can look for clues in the 1900 Census:

If you know the individual's name, and he or she belonged to one of these tribes: Cherokees, Creeks, Choctaws, Chickasaws, or Seminoles, you can now proceed to Step 2: Check to see if the person's Census Card is described online. 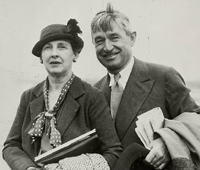 Will's application to the Dawes Commission in 1900 was accepted, and he was enrolled as a member of the Cherokee Nation.

About the Dawes Rolls