The following item is missing from the National Archives

Map of Target Area 90-30-748, Hiroshima Area, A-2 Section, XXI Bomber Command, June 1945. Several copies of the maps were created by the Army Air Corps to plan the dropping of an Atomic Bomb on Hiroshima, Japan during World War II.  The copy that was filed in the Twentieth Air Force Mission Reports is missing. 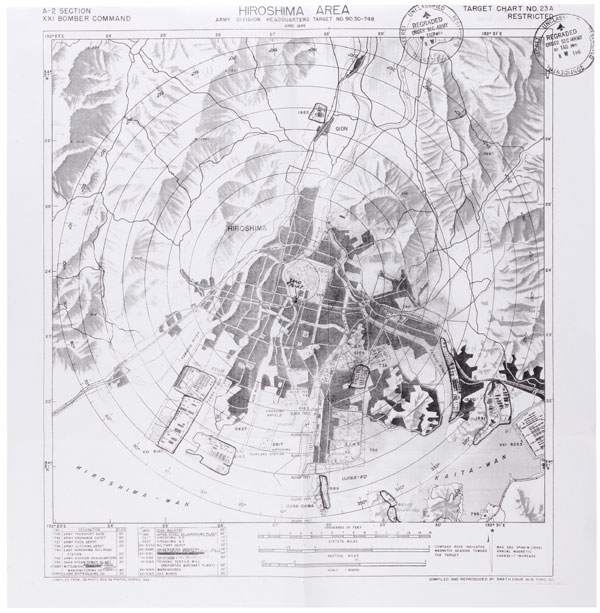