House Joint Resolution 39 ultimately passed both houses of Congress and became the 17th Amendment. However, this version of the resolution as it originally passed the House of Representatives contained language referred to as the “race rider.” The clause states, “The times, places, and manner of holding elections for Senators shall be as prescribed in each State by the legislature thereof.” This language was meant to bar Federal intervention in cases of racial discrimination among voters. This would be done by vesting complete control of Senate elections in state governments. A substitute amendment by Senator Joseph L. Bristow (R-KS) provided for the direct election of Senators without the "race rider." Bristow’s version later passed both houses of Congress and was ratified by the states. 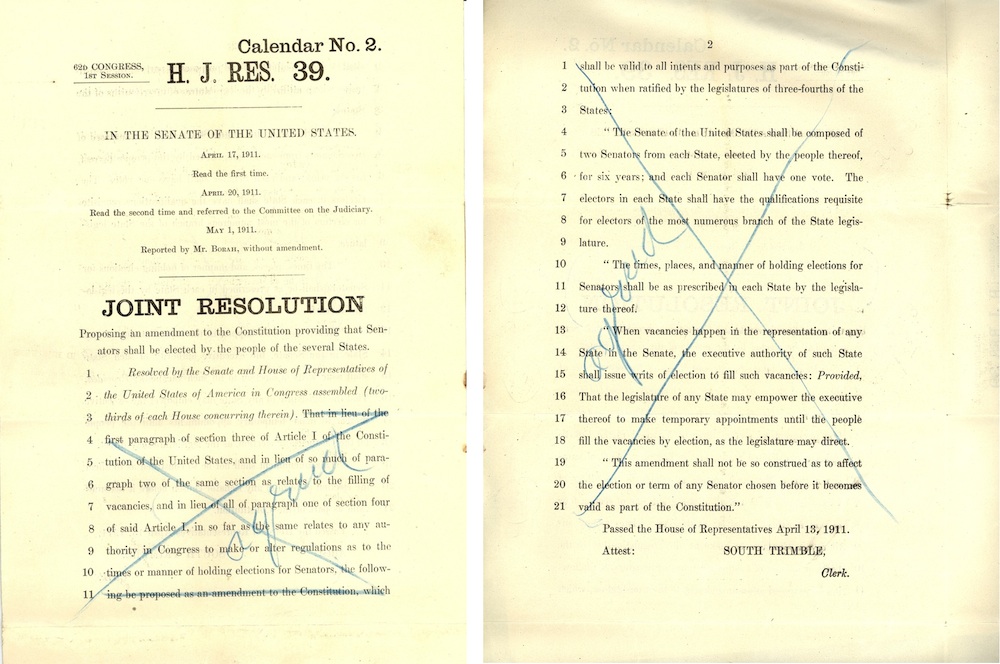 House Joint Resolution 39 proposing an Amendment to the Constitution providing that Senators Shall be Elected by the People of the Several States, including “Race Rider,” May 1, 1911; Desk copies of House Joint Resolutions (SEN 62A-C4); 62nd Congress; Records of the United States Senate, Record Group 46; National Archives, Washington, DC.