The Center for Legislative Archives has a selection of eBooks available for use in and outside of the classroom: 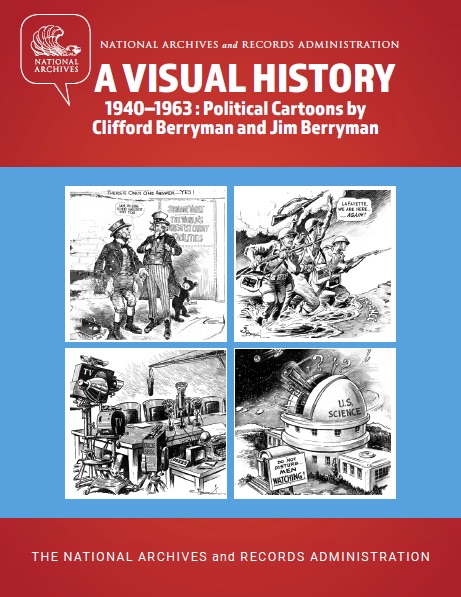 A Visual History, 1940–1963: Political Cartoons by Clifford Berryman and Jim Berryman presents 70 political cartoons that invite students to explore American history from the early years of World War II to the civil rights movement. These images, by father-and-son cartoonists Clifford Berryman and Jim Berryman, highlight many significant topics, including WWII and its impact, the Cold War, the space race, the nuclear arms race, and the struggle for school desegregation. This eBook presents the artists’ perspectives on the events, people, and institutions that shaped this tumultuous era of American history.

America and the World: Foreign Affairs in Political Cartoons, 1898–1940 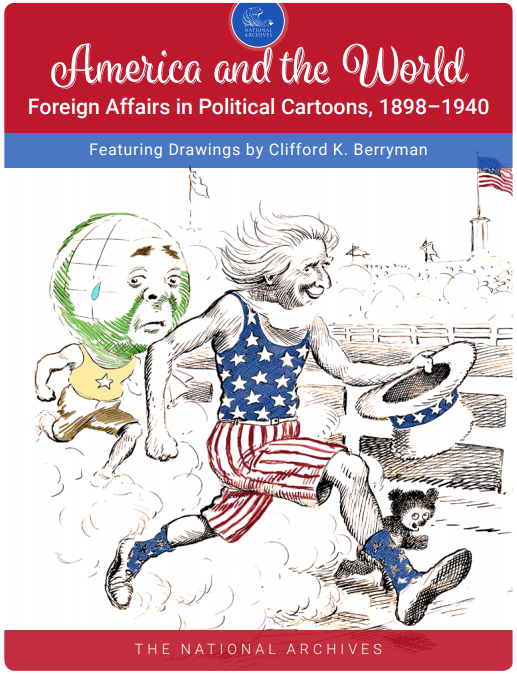 America and the World presents 63 political cartoons by Clifford K. Berryman that invite students to discuss American foreign policy from the Spanish American War to the start of World War II. Berryman was a remarkably creative artist who published a cartoon almost every day for more than 50 years. From 1896 to 1949, his cartoons were featured on the front pages of leading Washington, DC, daily newspapers — first the Washington Post and then The Evening Star. This eBook presents a selection of cartoons that show Berryman’s insight into the people, institutions, issues, and events that shaped an important era of American history.

Download America and the World: Foreign Affairs in Political Cartoons, 1898-1940

Use the eBook in your classroom with our review activity, Studying U.S. Foreign Policy through Political Cartoons.

Congress Creates the Bill of Rights 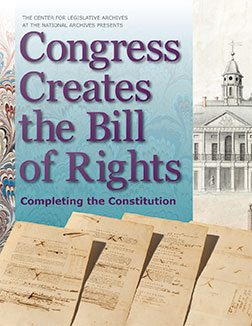 The eBook focuses on James Madison's leadership role in creating the Bill of Rights, effectively completing the U.S. Constitution. Starting with the crises facing the nation in the 1780s, the narrative traces the call for constitutional amendments from the state ratification conventions. Through close examination of the featured document, Senate Revisions to the House Proposed  Amendments to the U.S. Constitution, the reader goes inside the First Congress, as Madison and the leaders of rival political factions worked in the House and Senate to formulate amendments to change the recently ratified Constitution. It was created as part of the Congress Creates the Bill of Rights project. 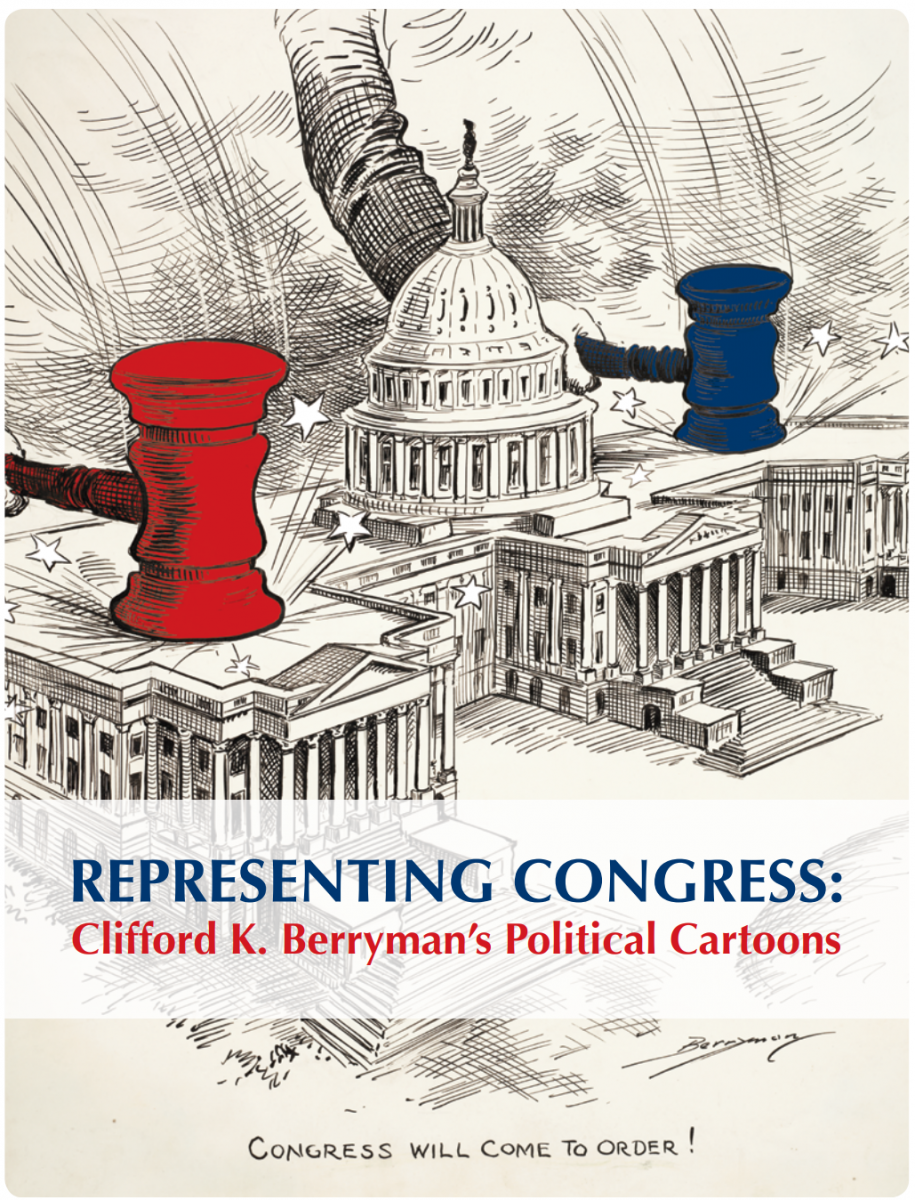 Clifford and Jim Berryman were among Washington's best-known and most-admired graphic political commentators from 1898 to 1965. Clifford K. Berryman drew for the Washington Post from 1890 until 1907, and then for the Evening Star from 1907 until his death in 1949. His son, Jim, joined the Evening Star in 1935 and drew for the paper until his retirement in 1965, winning a Pulitzer Prize in 1950. Berryman cartoons touched on a variety of subjects including politics, Presidential and congressional elections, both World Wars, and even Washington weather.

Use the eBook in your classroom with our lesson, Congress Represented in Political Cartoons.

Use the eBook in your classroom with our review activity, Big Civics Ideas through Political Cartoons. 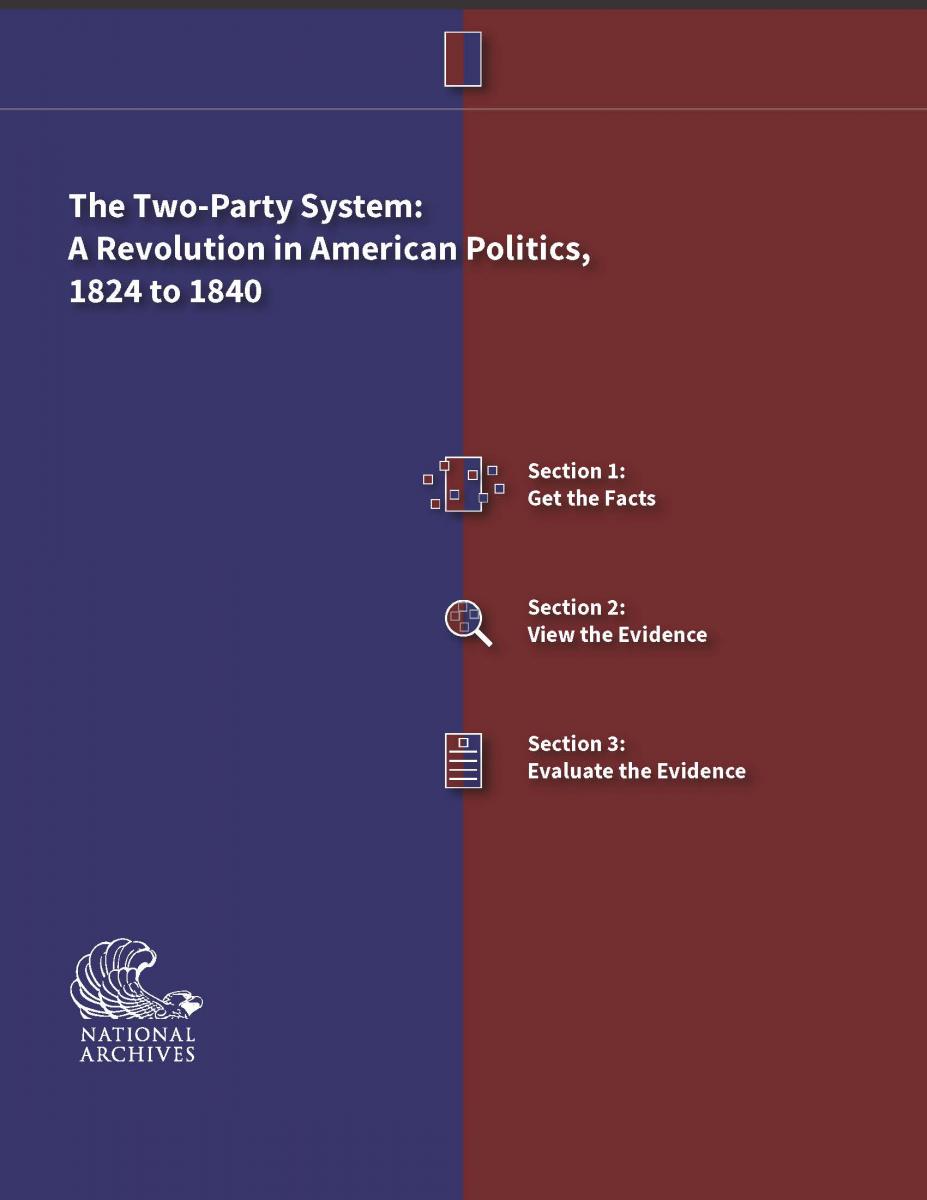 This book focuses on the rise of the two-party system in America between 1824 and 1840, one of the most important, yet least understood, political changes in our history. It highlights the key social, economic, and demographic factors that contributed to the end of the ﬁrst party system (1789-1824) and focuses on the central political actors and events that contributed to the emergence of a wholly new kind of politics and a new style of campaigning in America.

This book is organized in three core sections. Section 1 presents a narrative account of this political party story focusing on the main events and the leading participants. Section 2 presents a gallery of documents and quotes illustrating the actions and reactions that inﬂuenced this historic change. Section 3 gives the reader the opportunity to consider if they would have supported the newly formed Democratic or Whig Party in the 1820s and 1830s.

Download The Two-Party System: A Revolution in American Politics, 1824-1840

This eBook presents six review lessons designed to engage students in hands-on learning and discussion. In each lesson, the students work at stations where they collaboratively match and analyze primary sources, captions, and brief descriptions representing the major issues and topics of an era. They draw from their collaborative work to complete graphic organizers through which they explain how the evidence relates to the issues. The students then, individually, answer overarching reflection questions. Each of the six lessons prepares students to participate in whole-class discussions, to formulate enduring understandings about important topics in U.S. history, and to improve their achievement on assessments.

Find more books and exhibit guides available from the National Archives for your PC, Mac, and mobile devices.