Presidential inaugurations are important civic rituals in our nation's political life. The Constitution requires that presidential electoral votes be opened and counted by the Senate and House of Representatives meeting together, that the candidate with a majority of electoral votes be declared the victor, and that the president-elect, before taking charge of the office, swear an oath of office to "preserve, protect and defend the Constitution of the United States."

In 1788, the Confederation Congress scheduled the first presidential inauguration for the first Wednesday in March of the following year. However, the early months of 1789 proved to be unseasonably cold and snowy and bad weather delayed many members of the First Federal Congress from arriving promptly in New York City, the temporary seat of government. Until a quorum could be established in both the House and the Senate, no official business could be conducted. Finally, on April 6, 1789 - over a month late - enough members had reached New York to tally the electoral ballots. The ballots were counted on April 6 and George Washington won unanimously with 69 electoral votes. Washington was then notified of his victory and traveled to New York City from his home in Virginia.

On April 30, 1789, George Washington took the oath as the first president of the United States. The oath was administered by Robert R. Livingston, the Chancellor of New York, on a second floor balcony of Federal Hall, above a crowd assembled in the streets to witness this historic event. President Washington and the members of Congress then retired to the Senate Chamber, where Washington delivered the first inaugural address to a joint session of Congress. Washington humbly noted the power of the nations' call for him to serve as president and the shared responsibility of the president and Congress to preserve "the sacred fire of liberty" and a republican form of government.

At that auspicious moment marking the birth of the federal government under the Constitution, Senator William Maclay of Pennsylvania observed that even the great Washington trembled when he faced the assembled representatives and senators. "This great man was agitated and embarrassed," Maclay added, "more than ever he was by the levelled Cannon or pointed Musket." After concluding his remarks, the President and Congress proceeded through crowds lined up on Broadway to St. Paul's Church, where a service was conducted. Social gatherings and festivities closed the nation's first inaugural day. Subsequent presidential inaugurations took place on March 4th (or March 5th when the fourth fell on a Sunday), until the Twentieth Amendment changed the date to January 20th beginning in 1937. 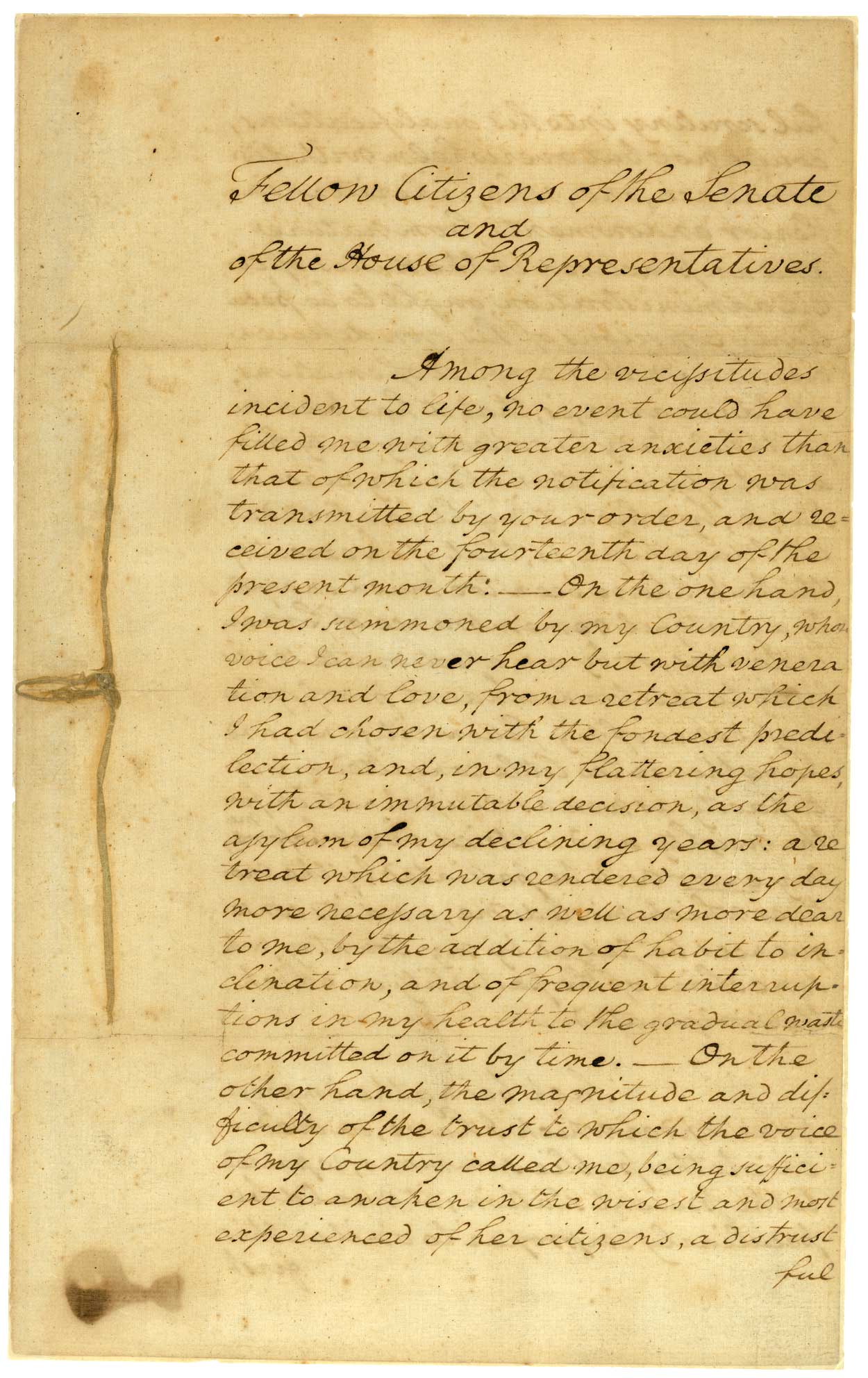 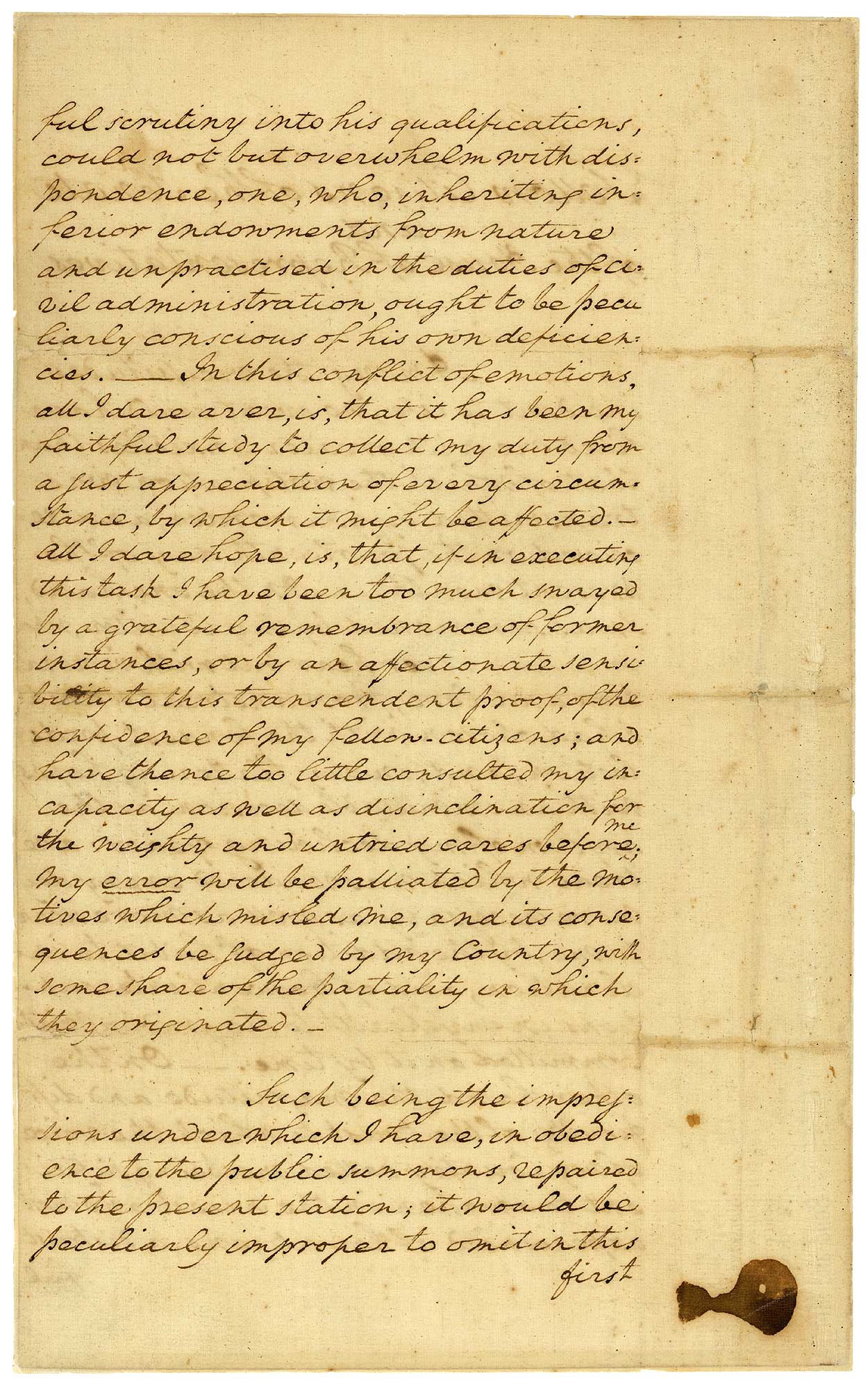 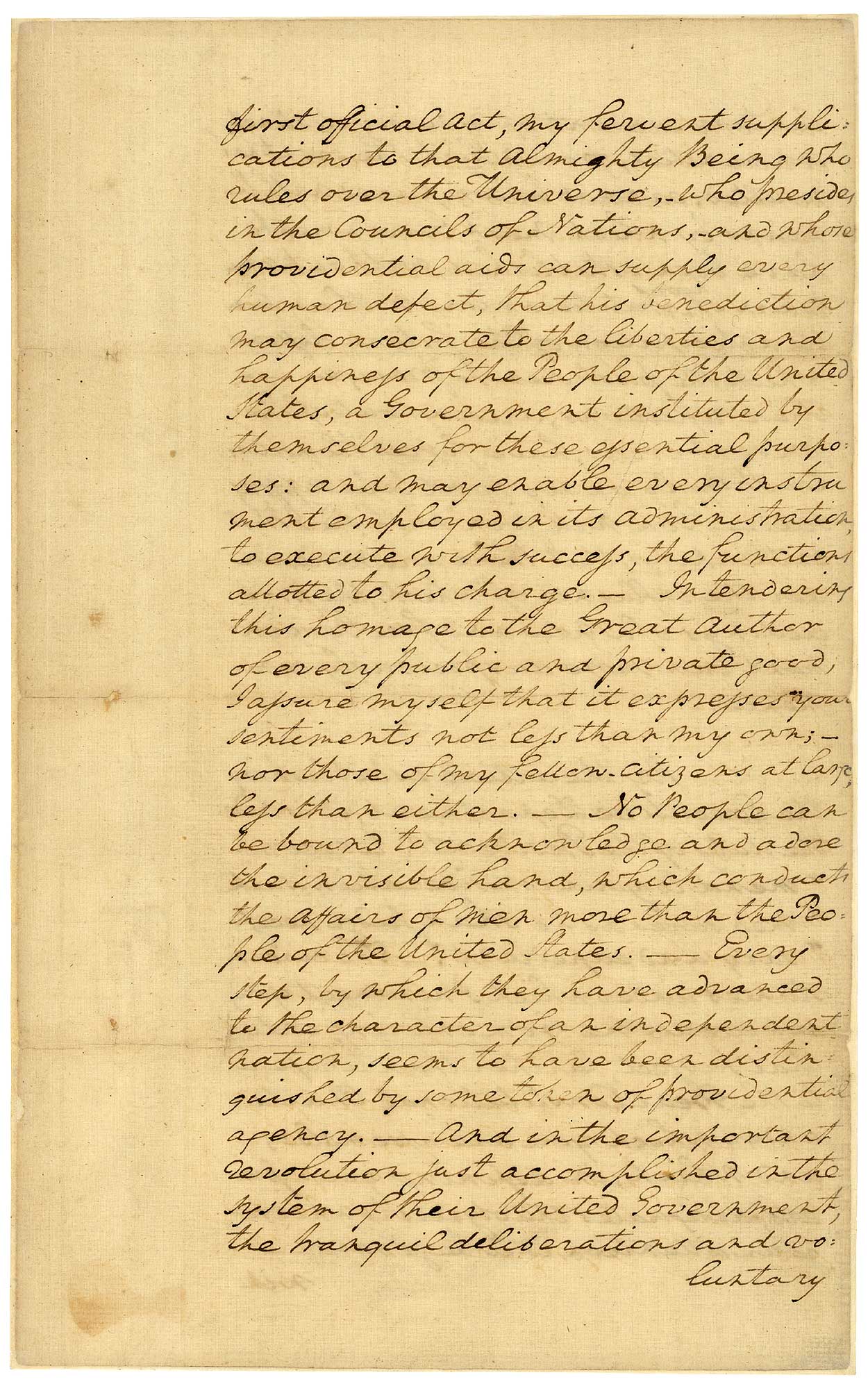 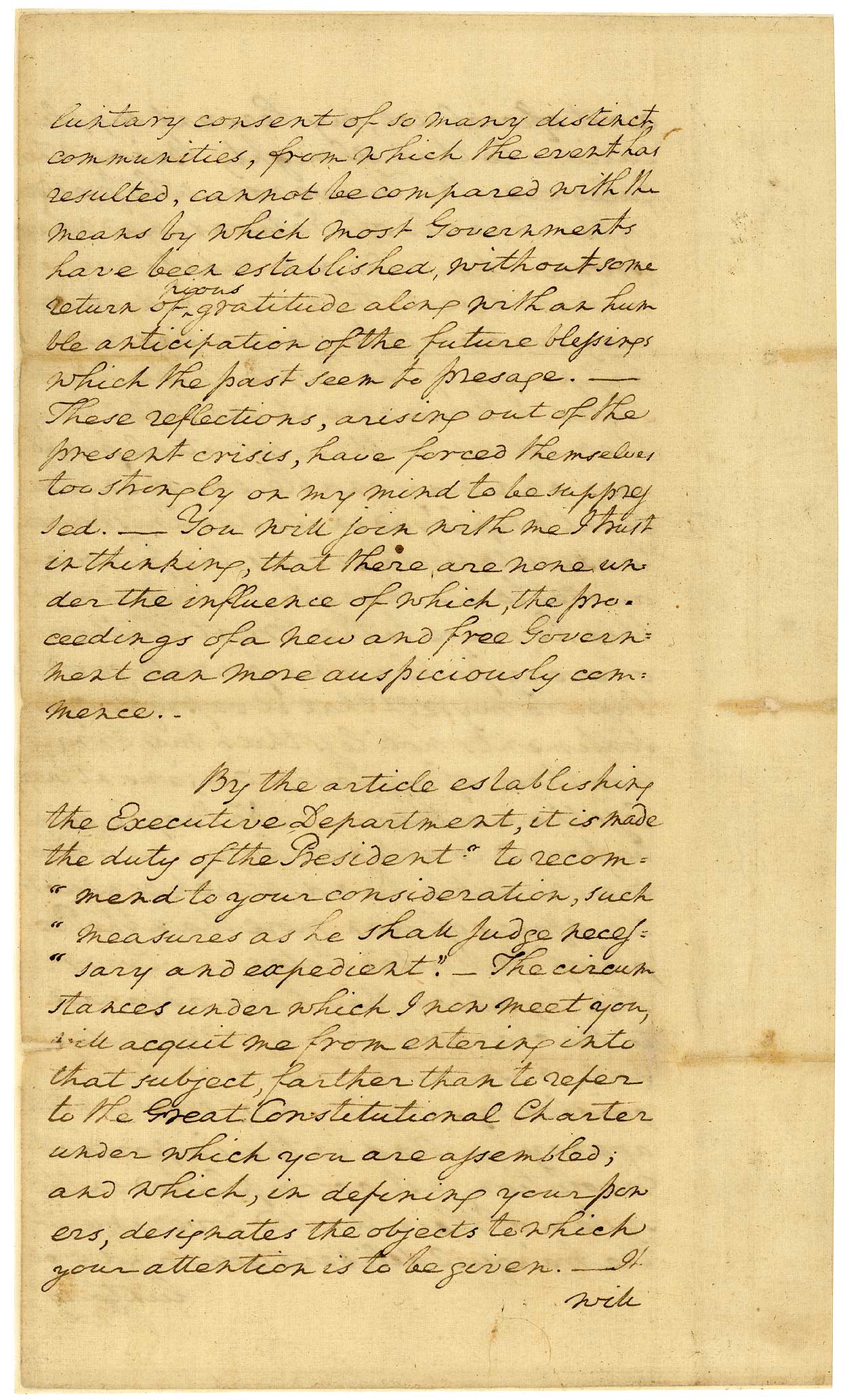 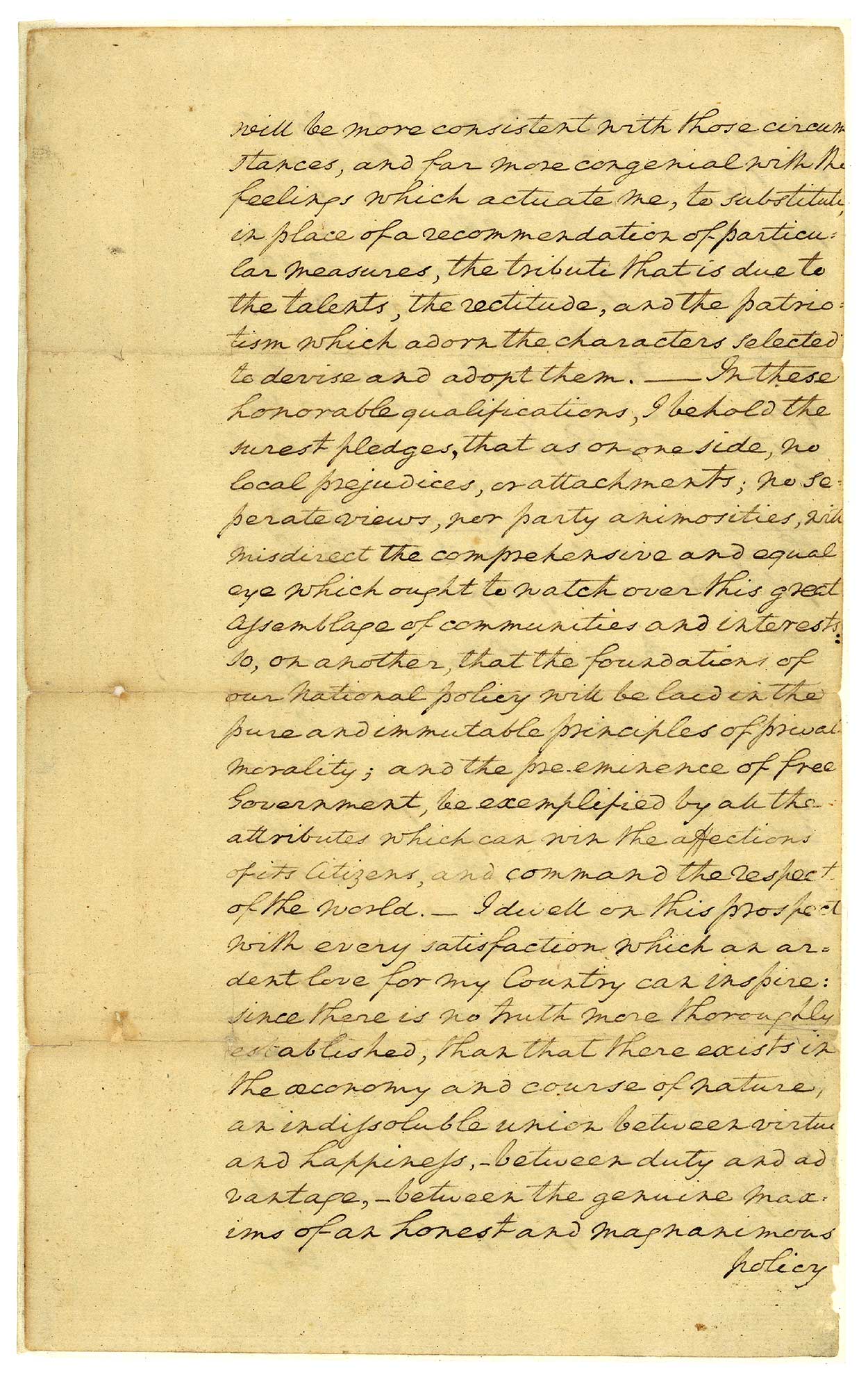 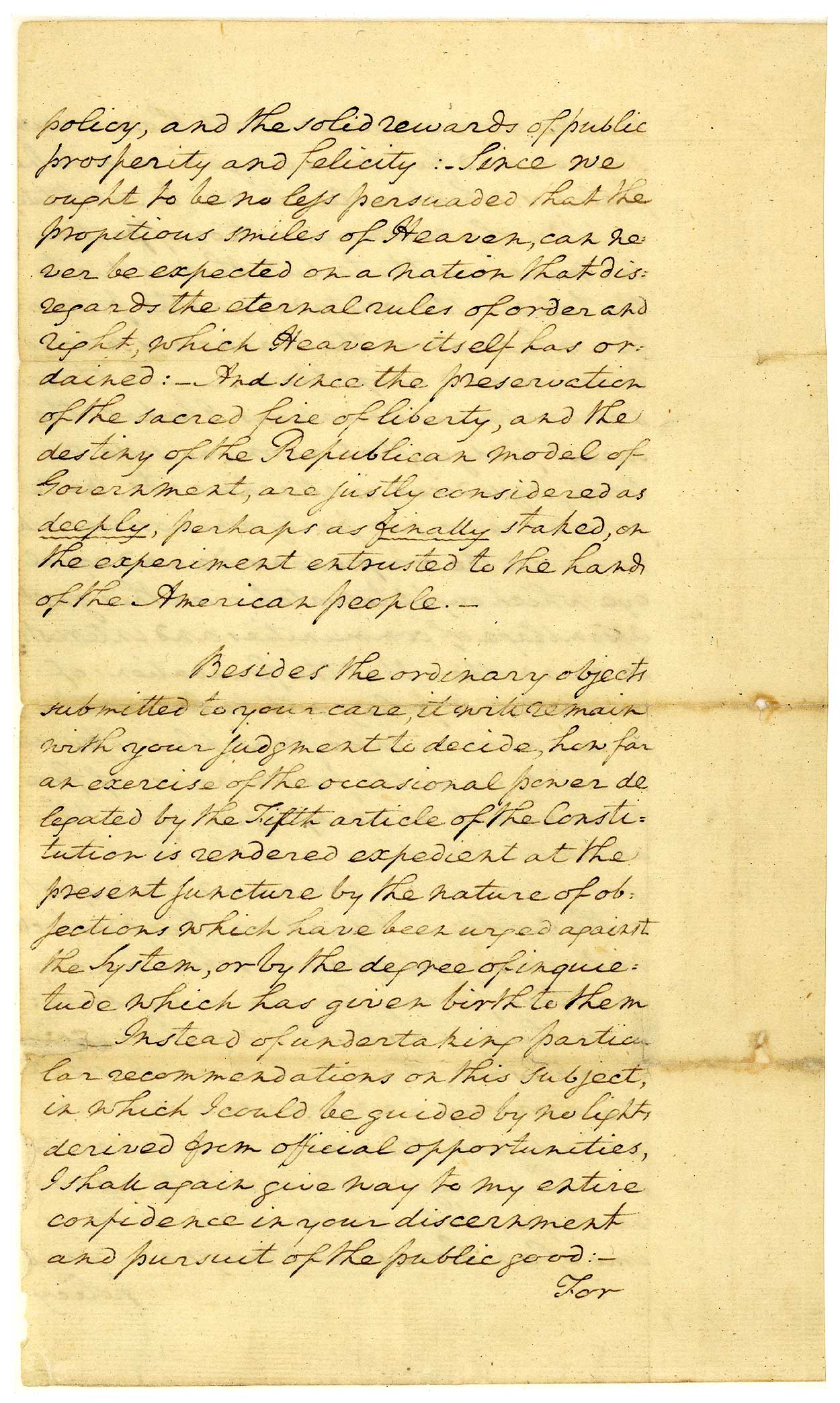 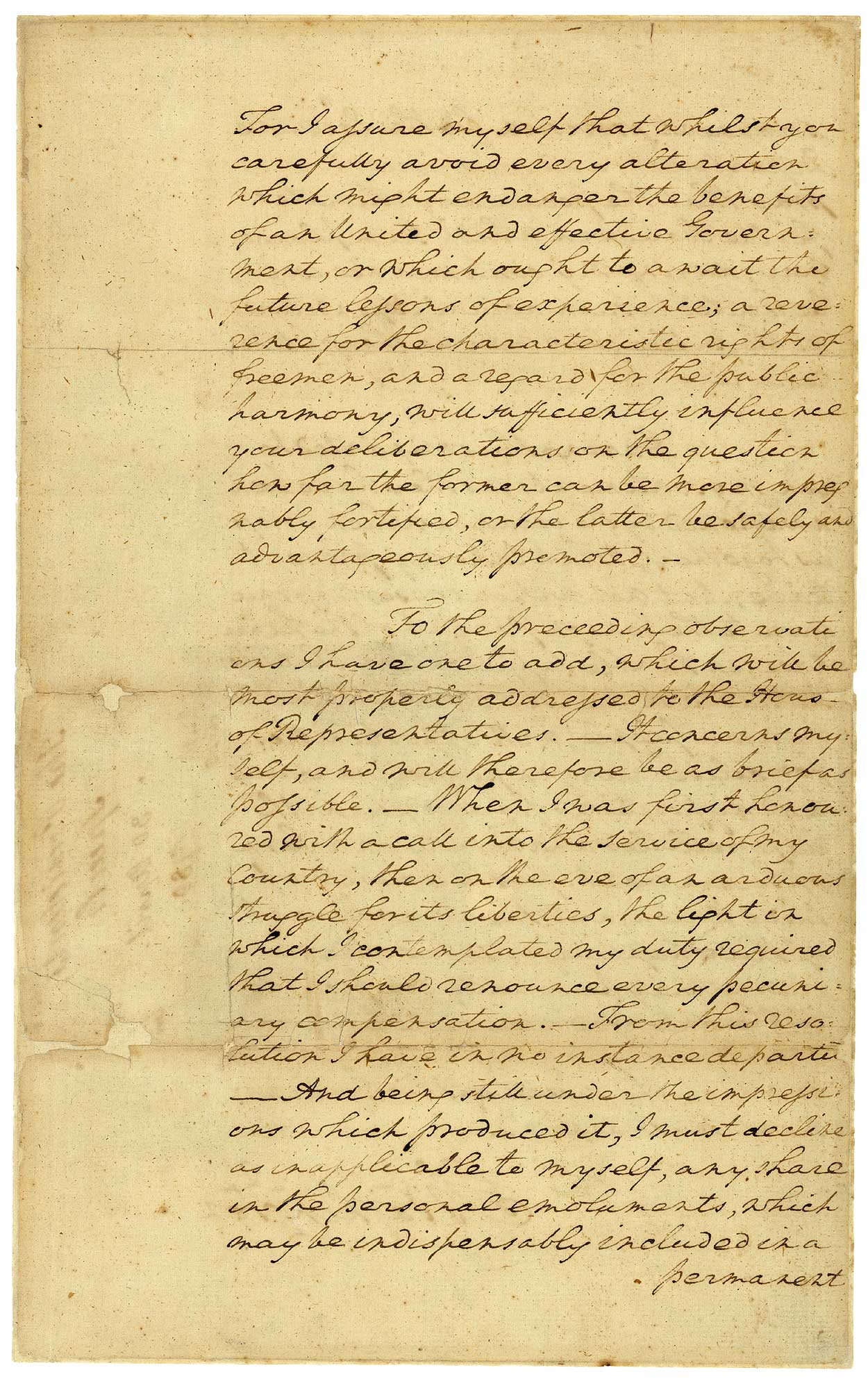 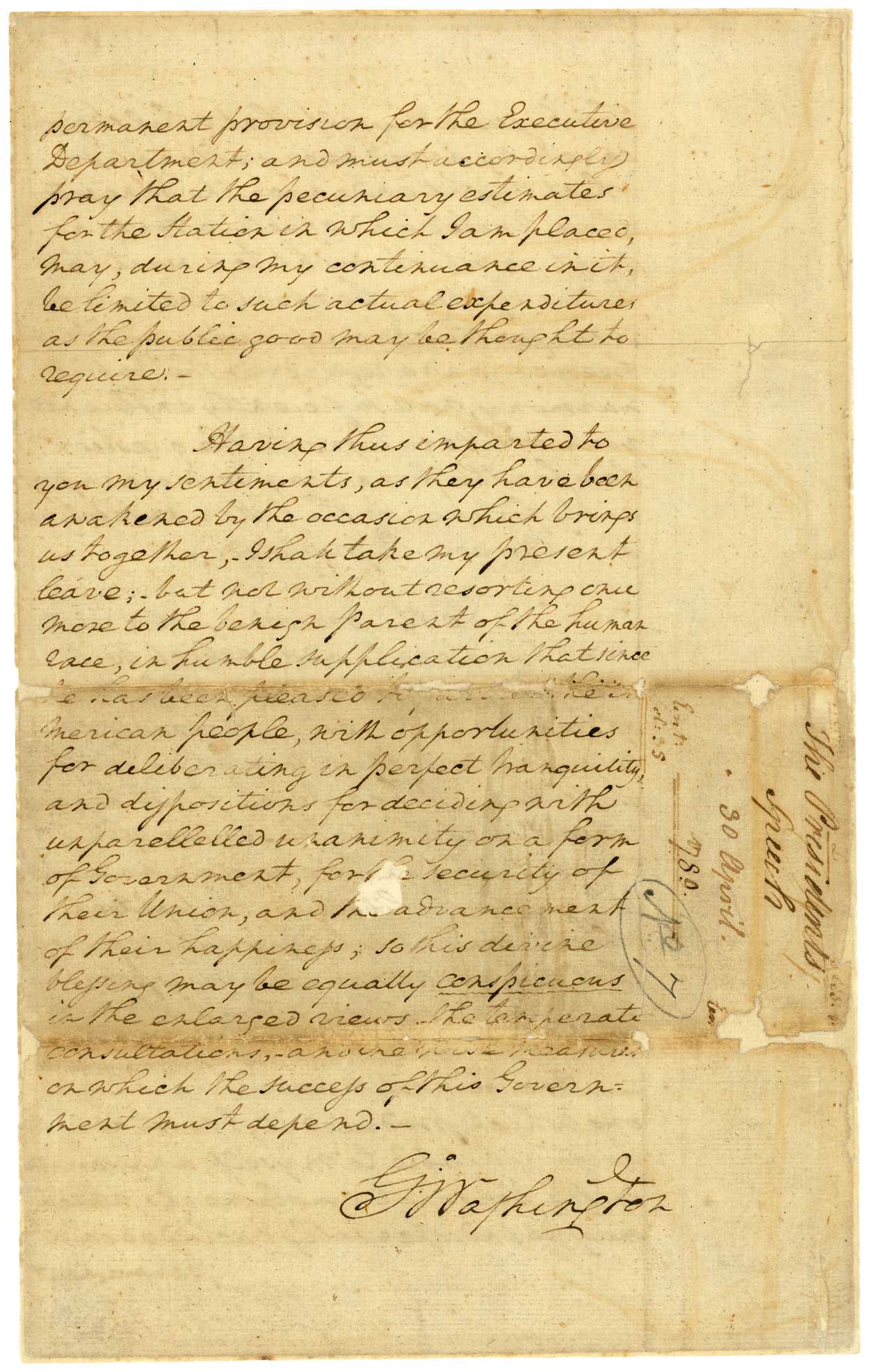