This document certifies the election of Joseph Farrington as Hawaii's Delegate to Congress. The Delegate was Hawaii's single, non-voting representative in Congress. Farrington was affectionately known as "Statehood Joe" for his support for Hawaiian statehood. He served in Congress until his death in 1954. 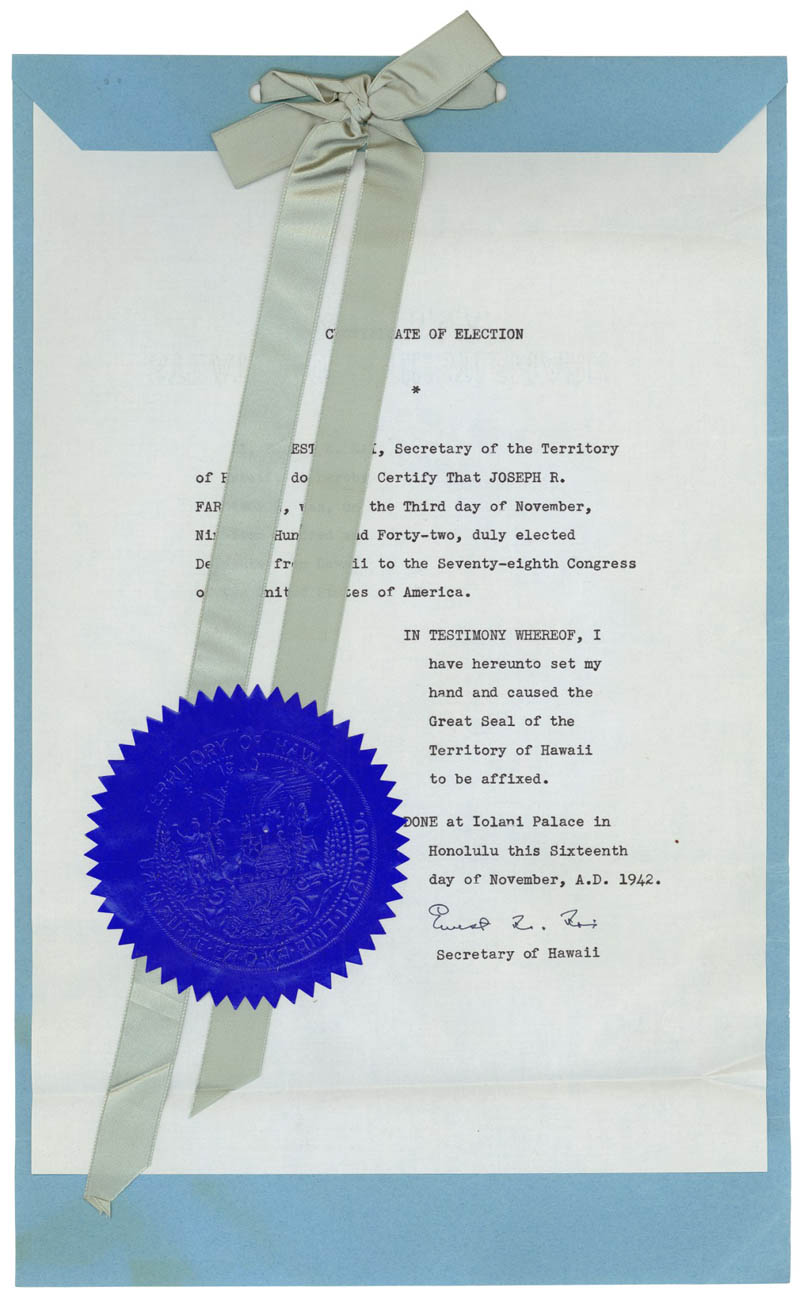 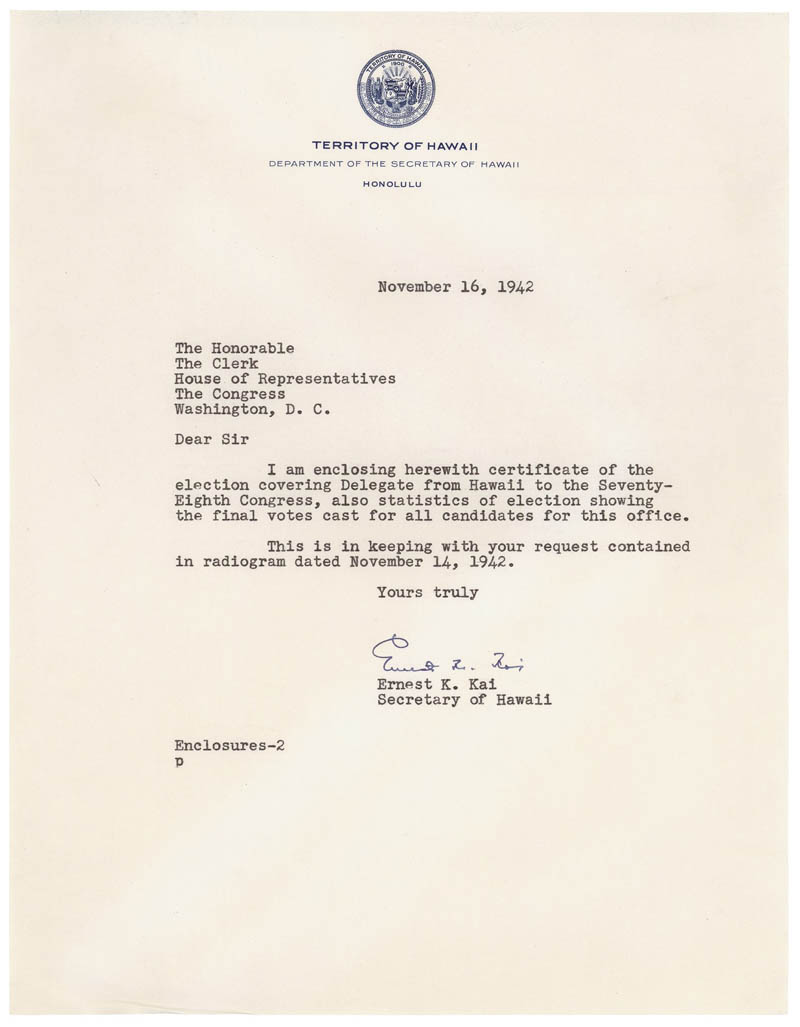