Various organizations composed of Swedish residents of San Francisco sent this petition to Senator Asle Gronna (R-ND) in favor of the Raker Bill, a bill to grant San Francisco the right to dam the Hetch Hetchy Valley. The organizations included the World's Fair Committee of the Swedish-American Patriotic League of California, The Swedish Singing Society, The United Swedish Singers of the Pacific Coast, The Swedish Society of San Francisco, The Swedish-American Patriotic League of California, and the Odin Lodge (Odd Fellows) #393. These clubs argued that water from the Hetch Hetchy Valley was the only viable source of water and that searching for additional water sources would place a heavy financial burden on a city that was still rebuilding after the San Francisco Earthquake of 1906. 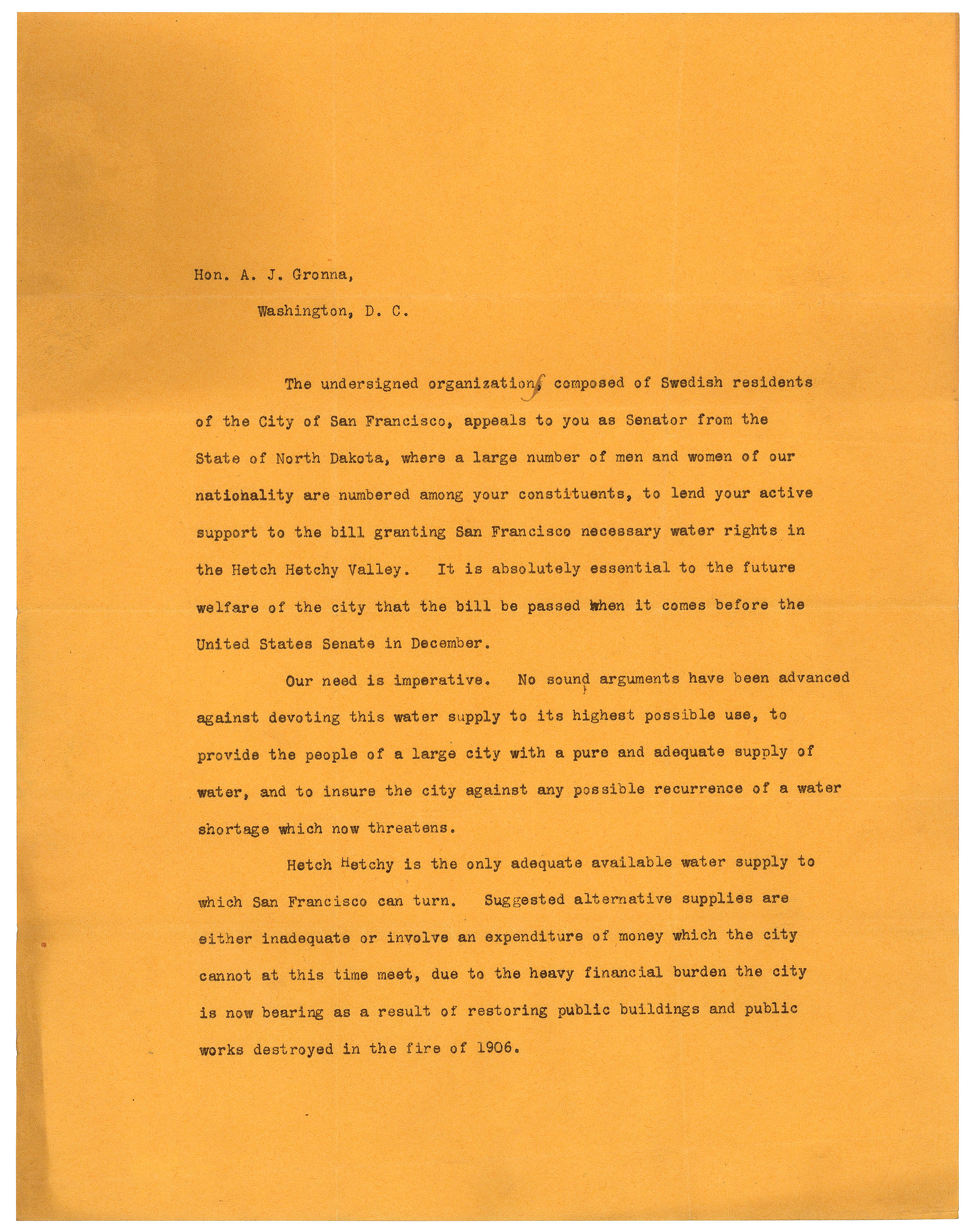