WASHINGTON, July 13, 2018 — With Major League Baseball’s All-Star game and all its festivities in full swing this week in Washington, DC, the National Archives is providing historical context by sharing some of the many artifacts, documents, and images in our records from games past. 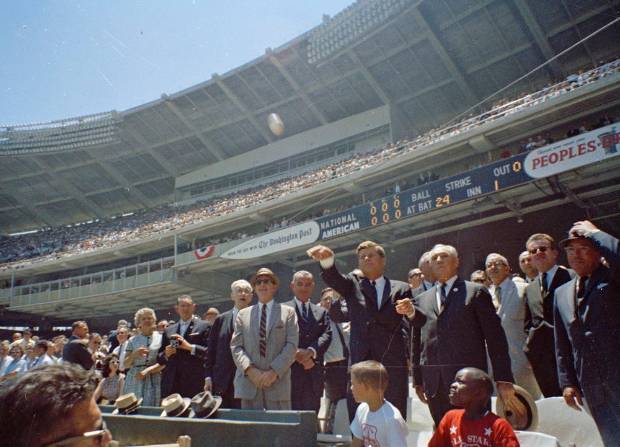 Many of the All-Star records involve images of ceremonial first pitches by former Presidents. The John F. Kennedy Library and Museum holds an image of the President throwing out the first pitch of the 1962 All-Star game in Washington, DC.

President Gerald R. Ford attended the 1976 All-Star game in Philadelphia, Pennsylvania. Images of the Chief Executive attending the game are available in the National Archives online catalog as are details about his trip in the President’s Daily Diary.

Over the years, several other Presidents have tossed the traditional first-pitch, including Franklin D. Roosevelt, who hurled the first pitch in the 1937 All-Star game in Washington, DC, and Barack Obama, who did the honors in 2009 in St. Louis, Missouri.

The National Archives is also home to an audio recording of President Richard Nixon from June 30, 1972, in which he explains his greatest of all-time, all-star baseball team selections? to journalist Clifford Evans. That meeting was captured by recording devices in the Oval Office in the White House.

National Archives staffers produced an eBook on America’s favorite pastime. The book showcases a small slice of baseball-related records found at the National Archives. The documents provide examples of the role of baseball during the two world wars, fights for mutually agreeable contracts and equal opportunity on and off the playing field, the universal appeal of the game to players and fans (even the “highest-ranking” fans of all—U.S. Presidents), improvements to the sport, and celebrations along the way.

Baseball lovers can also read some other baseball-related stories from the National Archives’ former magazine, Prologue. 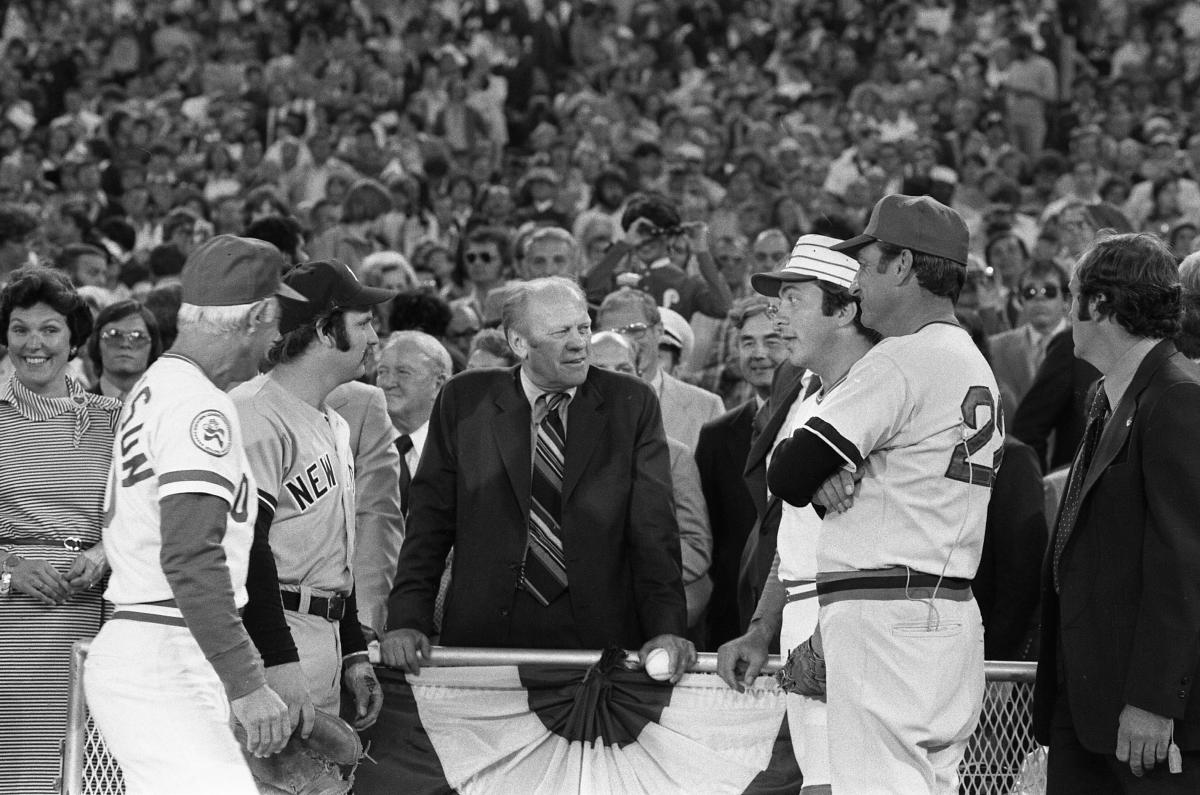 The last time the All-Star game was held in Washington, DC, was in 1969 at Robert F. Kennedy Memorial Stadium. President Richard Nixon originally planned to attend the Tuesday night game and throw out the ceremonial first pitch, and then depart for the splashdown of Apollo 11 in the Pacific Ocean. But with the game's postponement until Wednesday afternoon due to rain, Nixon missed the game altogether, and Vice President Spiro Agnew attended in his stead.

The first official playing of the midseason exhibition baseball game between Major League Baseball's National and American leagues’ All-Star teams was held on July 6, 1933, at Comiskey Park in Chicago, Illinois. This year the game will be held for the first time at Nationals Park in Washington, DC.