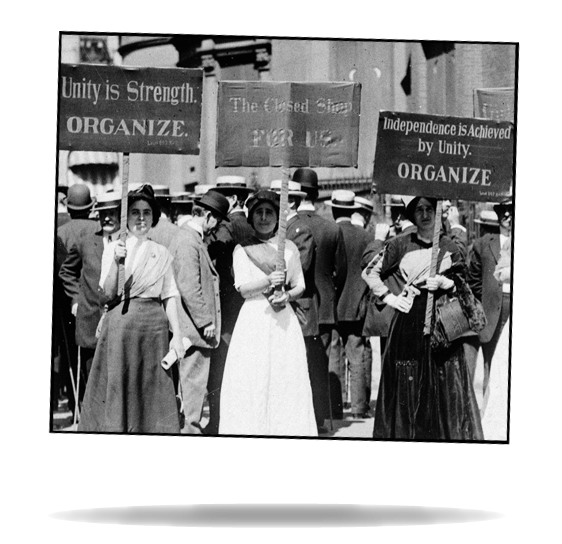 The National Archives and Records Administration holds records created or received by the U.S. Government on issues of labor and labor rights, including records on unions, strikes and responses, debates about women and children in the workplace, and the Government’s role in providing economic security and workplace rights. These records document and detail the struggle to define and assert workplace rights. We not only hold these records, we provide access to them. View a selection of records from the National Archives Catalog.

During this centennial year of the 19th Amendment in 2020, we note the intersection between the struggle for labor rights and the fight for woman suffrage. Portions of our exhibit Rightfully Hers: American Women and the Vote look at the contributions of working women and labor organizers.

In the early 20th century, young women painted the dials of watches and clocks with radium to create glow-in-the-dark faces. Many of the women, known as Radium Girls, became horribly disfigured, and many died horrible deaths. Learn about these women in "The Radium Girls at the National Archives" and in records in our Catalog.

The Triangle Shirtwaist Factory Fire of 1911 caused the deaths of 146 women and inspired reforms in labor practices. Read "A Factory Fire and Frances Perkins," and view photographs of the aftermath of the fire in the National Archives Catalog.

A discussion of labor organizer Bessie Hillman in a recorded author lecture on America’s Jewish Women: A History from Colonial Times to Today 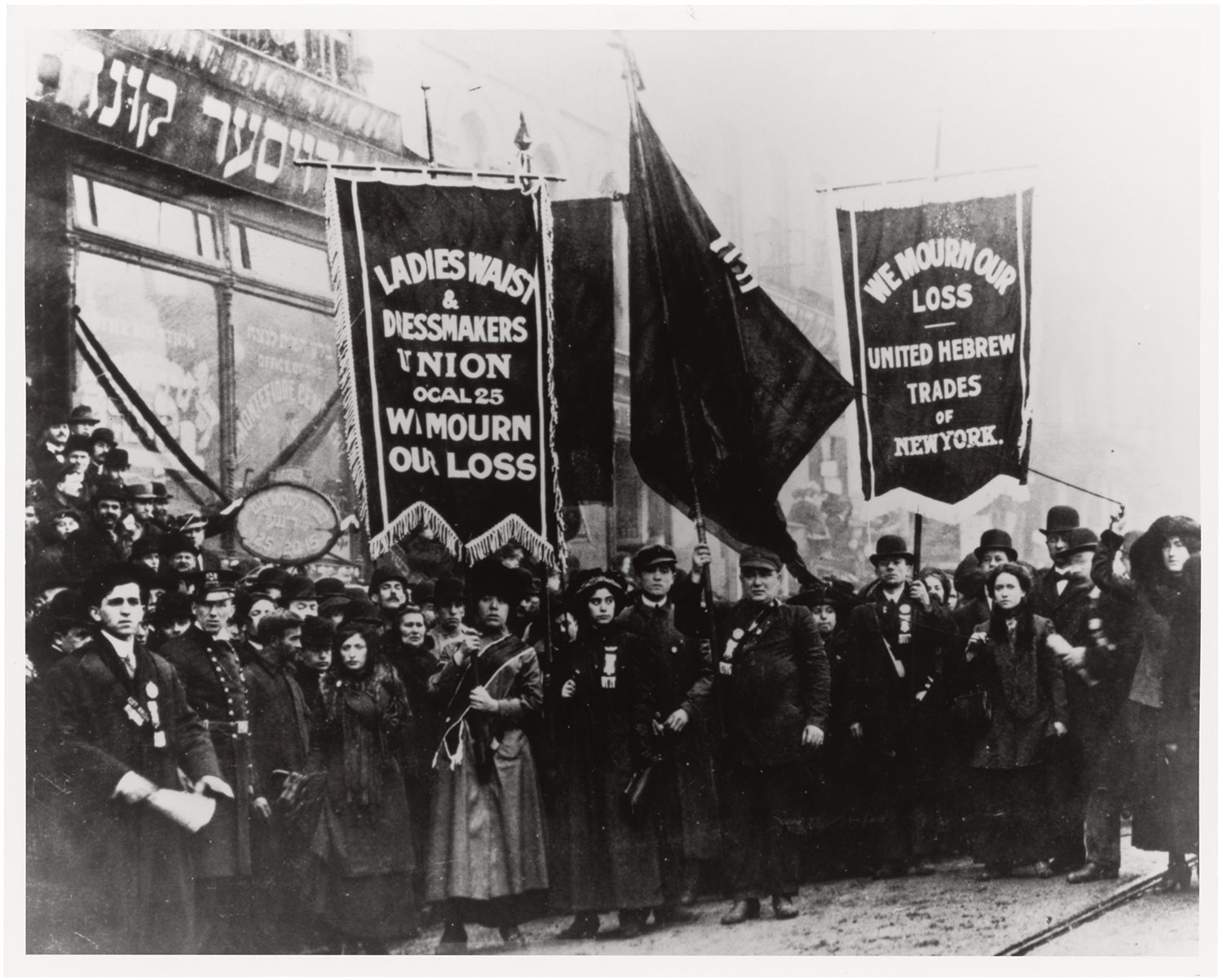 After the Triangle Shirtwaist Fire of March 25, 1911, a march on April 5 attracted thousands of women calling for safer working conditions and union representation.

Papers of the Women’s Trade Union League and Its Principal Leaders, supported by the National Historical Publications and Records Commission 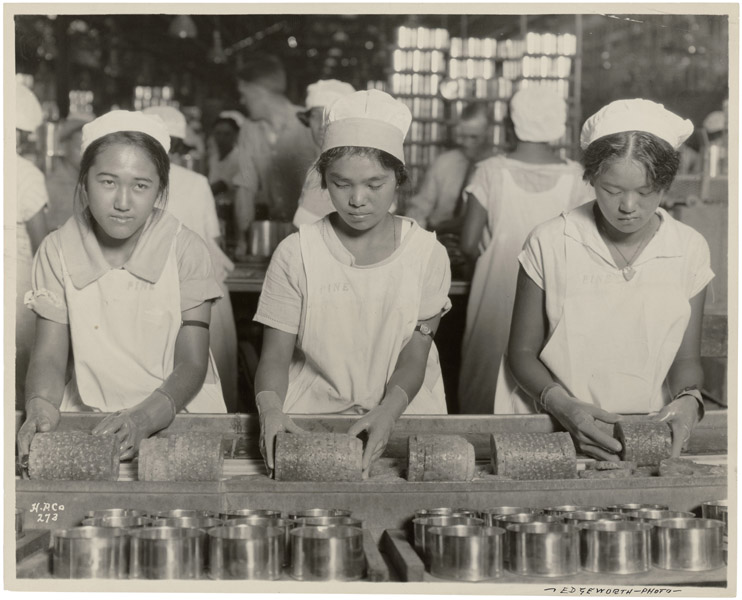 The Way We Worked

Behind the Scenes in the Machine Age, 1930 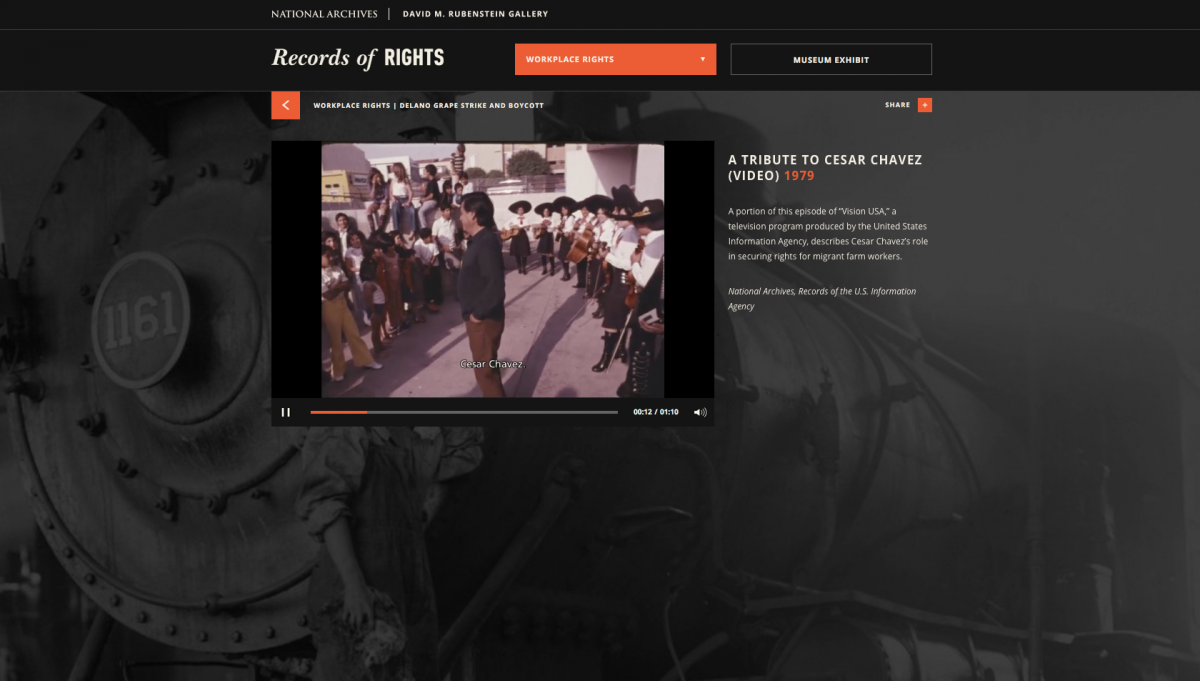 Records relating to The United States of America v. Eugene V. Debs. Debs, a leading member of the Socialist Party, gave an antiwar speech on June 16, 1918. He was indicted for violating the Espionage Act of 1917, convicted, and sentenced to Federal prison.  Debs appealed the ruling to the Supreme Court, but the earlier verdict was upheld.  He was sentenced to 10 years imprisonment and campaigned for the Presidency while in jail.  In December 1921, President Harding commuted his sentence and he was released. Read "Free Speech on Trial" in Prologue magazine.

Plumage of Pomp: The Labor Day Hurricane of 1935

RG 100 - Records of the Occupational Safety and Health Administration

RG 174 - General Records of the Department of Labor

RG 257 - Records of the Bureau of Labor Statistics

Address at the Dedication of the Samuel Gompers Memorial Monument, 1939

Records of the President’s Committee on Migratory Labor

JFK’s speech to the Amalgamated Clothing Workers of America, 5/14/58

JFK’s Labor Day message to youth of the nation, September 3,1962

Proclamation 5637 - The 75th Anniversary of the Department of Labor

Remarks by the President at Detroit Labor Day Event, 2011

Women workers in Lowell, Massachusetts, 1860. View on the Records of Right website

A petition from seamstresses 1862. View on the Records of Right website

We can do it! View in the National Archives catalog

Artworks and Mockups for Cartoons Promoting the War Effort and Original Sketches by Charles Alston, ca. 1942 - ca. 1945. Record Group 208: Records of the Office of War Information, 1926 - 1951. View in the National Archives Catalog.

Two Women Helping with the War Effort, 1943. View in the National Archives Catalog.

Blight on Labor Day! View in the National Archives Catalog.

Women Laborers on a Train, 1918. View in the National Archives Catalog.

Frances Perkins: Honoring the Achievements of FDR’s Secretary of Labor

The Workplace Rights section of the "Records of Rights" exhibit Child Labor 1900.

“LABOR DAY, 1899” cartoon by Clifford Berryman.  Uncle Sam bows in respect to the figure of “Labor,” shown surrounded by his tools. “Labor” is pictured as responsible for the nation’s prosperity.