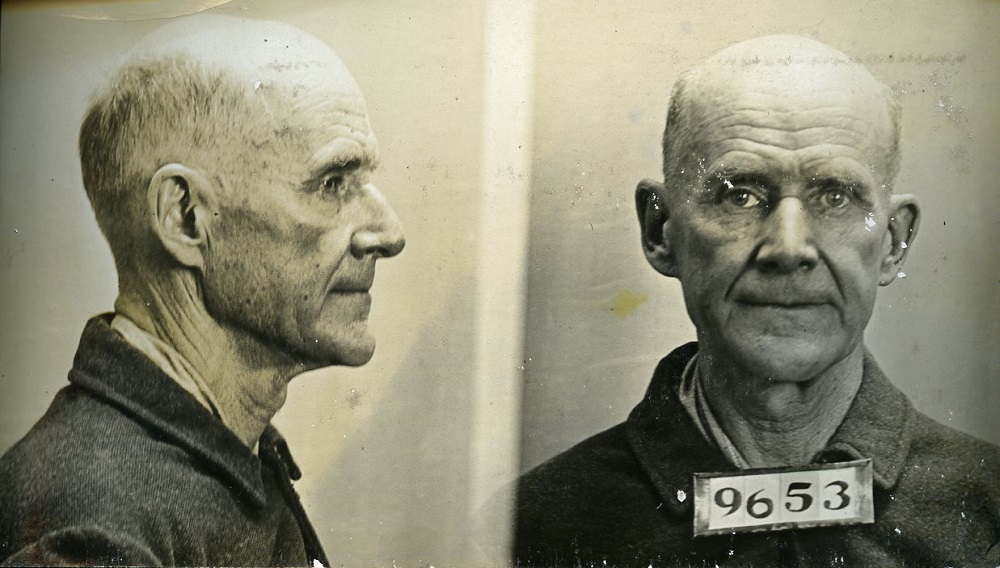 Eugene Debs became Convict No. 9653 at the U.S. Penitentiary, Atlanta, where he was sentenced to 10 years for sedition. (National Archives at Atlanta, RG 129)

Eugene Victor Debs (1855 -1926) was an American union leader, one of the founding members of the Industrial Workers of the World, and several times the candidate of the Socialist Party of America for President of the United States. Debs was instrumental in the founding of the American Railway Union, one of the nation's first industrial unions. A microfilm edition includes 7,000 letters concerning many of the reform movements of the period—peace, women’s rights, civil liberties, birth control, prison reform, and child labor. Complete in 21 reels.