James Monroe (1758-1831) was the fifth President of the United States. After studying law under Thomas Jefferson from 1780 to 1783, he served as a delegate in the Continental Congress. As an anti-federalist delegate to the Virginia convention that considered ratification of the United States Constitution, Monroe opposed ratification, claiming it gave too much power to the central government. He took an active part in the new government, and in 1790 he was elected to the Senate of the first United States Congress, where he joined the Jeffersonians. He gained experience as an executive as the Governor of Virginia and rose to national prominence as a diplomat in France, when he helped negotiate the Louisiana Purchase in 1803. During the War of 1812, Monroe held the critical roles of Secretary of State and the Secretary of War under President James Madison.This collection includes his papers (1650–1842), including letters, state papers, land documents, and accounts. 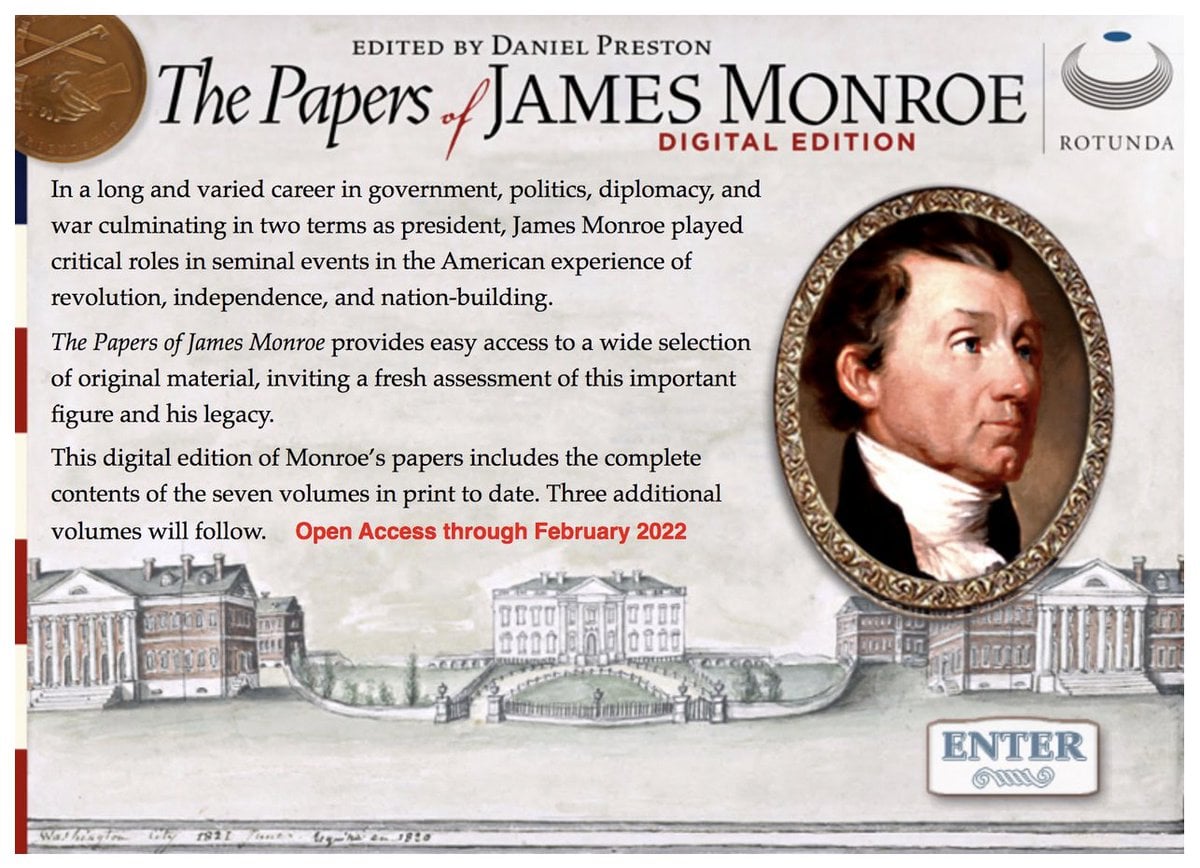