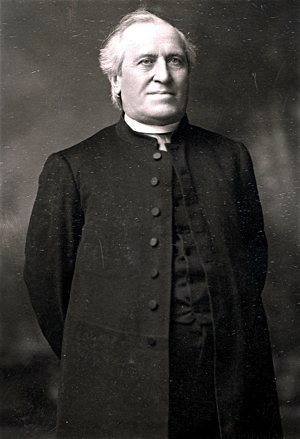 John Ireland (1838 –1918) was the third Roman Catholic bishop and first Roman Catholic archbishop of Saint Paul, Minnesota (1888–1918). He became both a religious as well as civic leader in Saint Paul during the turn of the 20th century. Ireland was known for his progressive stance on education, immigration and relations between church and state. He promoted the Americanization of Catholicism, especially in the furtherance of progressive social ideals. He was a leader of the modernizing element in the Catholic Church during the Progressive Era. He created or helped to create many religious and educational institutions in Minnesota. The correspondence, sermons, speeches, and other papers reflect Ireland’s involvement in numerous religious and secular activities, including participation in the First Vatican Council (1869-70) and support for organized labor. Ireland was also co-founder of The Catholic University of America in Washington, DC.