A collection of 3,000 surviving petitions to legislatures and southern county courts spanning the period from the American Revolution through the Civil War. The documents were assembled over a decade, primarily from 15 slaveholding states. They cover a wide range of topics: manumission, colonization, religion, laws governing enslaved people, racial mixing, and black military service by a wide range of southerners including slaveholders and non-slaveholders, blacks and whites, men and women, enslaved and free. The guardianship and emancipation petitions depict the association between whites and free blacks, and the divorce petitions provide a picture of slaveholding white women. The documents include rare biographical and genealogical information about how enslaved people, as chattel, were sold, conveyed, or distributed as part of their masters’ estates and they reveal the impact of market forces on the slave family.

Complete in two volumes, The Southern Debate over Slavery, along with microfilm edition, and an online database 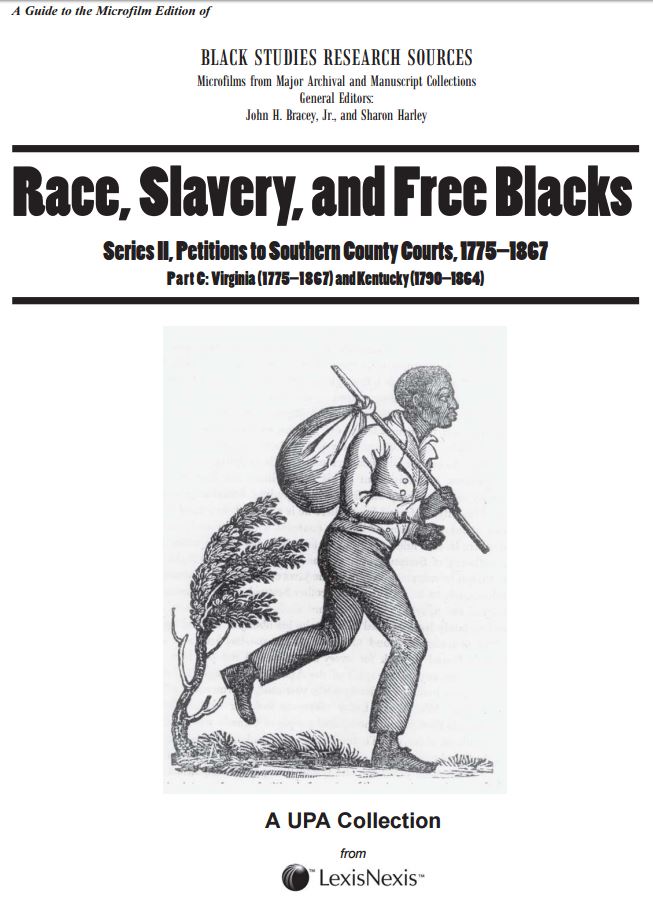 The cover of the microfilm edition of Race, Slavery, and Free Blacks.