Published as The Northern Expeditions of Stephen H. Long: The Journals of 1817 and 1823. Stephen Harriman Long (1784 –1864) was a U.S. army explorer, topographical engineer, and railway engineer. As an inventor, he is noted for his developments in the design of steam locomotives. He was also one of the most prolific explorers of the early 1800s. He covered over 26,000 miles in five expeditions, including a scientific expedition in the Great Plains area, which he famously described as a "Great Desert" (leading to the term "the Great American Desert"). This volume describes two expeditions: one in 1817 up the Mississippi River to the Falls of St. Anthony; and a second in 1823 westward from Philadelphia to the Red River of the North, down the Red, and east along the old Canadian canoe route, the Great Lakes, and portions of the Erie Canal. Long's journals are especially valuable for their firsthand observations of the Midwest and its people in the early 1800s, with references to many Indian peoples, including the Assiniboine, Dakota, Iroquois, Menominee, Ojibway, Osage, Ottawa, Potawatomi, Sauk, Winnebago, and Yanktonai. This selective includes journals, maps, and correspondence pertaining to Long’s upper Mississippi explorations.

Complete in one volume 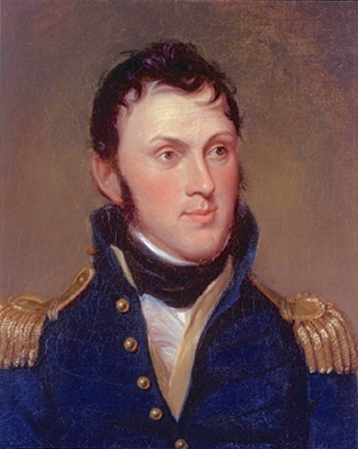 Detail of portrait of Stephen Long, by Charles Willson Peale, 1819