Documentary History of the Supreme Court of the United States, 1789–1800

A selective edition of the documentary record of the first years of the Supreme Court that includes documents relating to the appointment of the first 12 justices, the minutes, the docket book, original jurisdiction case files, appellate case files, attorney rolls, and records of the clerk’s office. Also included is the unofficial record represented by correspondence, diaries, newspapers, and other sources. During the first decade of its existence, the Court considered questions central to creating a workable national government: the meaning of the separation of powers, the Court’s function in enforcing the foreign policy of the United States, the definition of war, the supremacy of national treaties over state laws, the nature of citizenship, and the relationship between the common law of England and the laws of the United States. 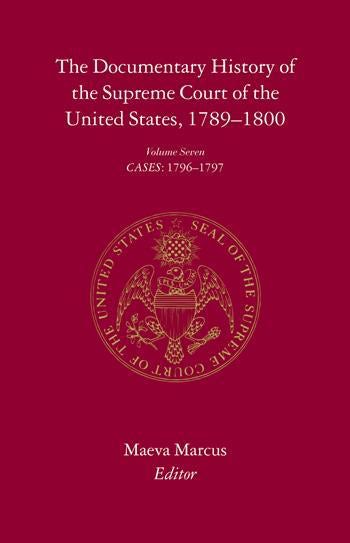