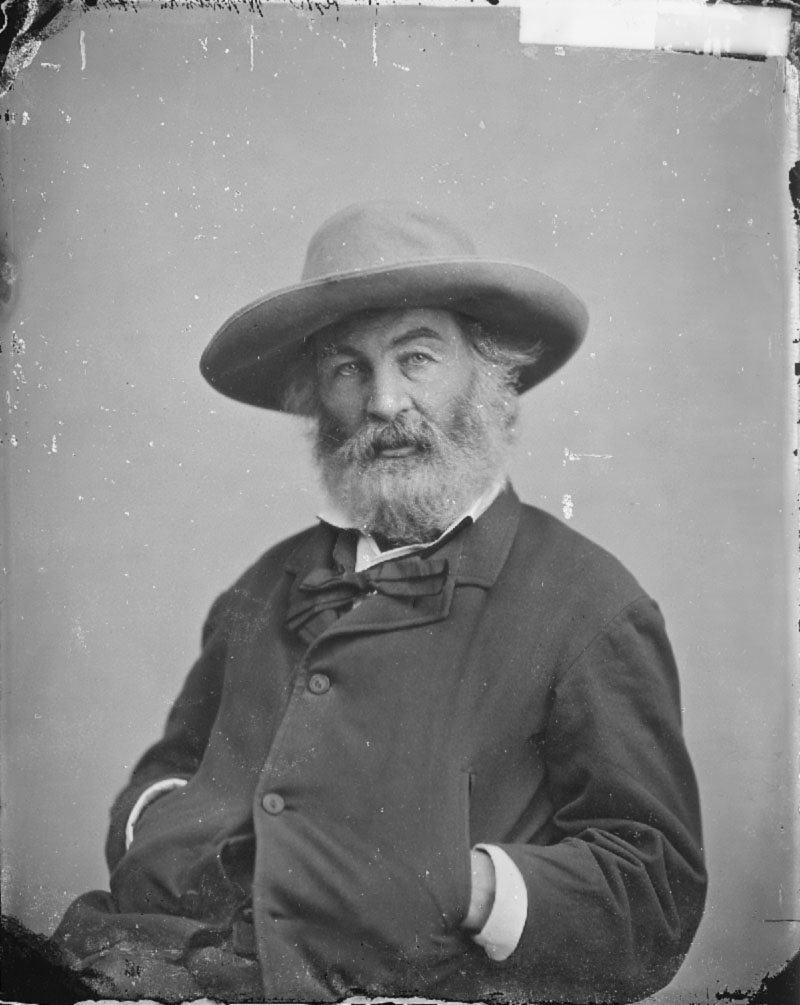 Portrait of Walt Whitman taken at Mathew Brady's studio in Washington, D.C. between 1865 and 1867. National Archives.

The Walt Whitman Archive endeavors to make Whitman's vast work freely and conveniently accessible to scholars, students, and general readers. Whitman, America's most influential poet and a writer of global renown, is the most challenging of all American authors in terms of the textual difficulties his work presents. His major life work, Leaves of Grass, went through six very different editions, each of which was issued in a number of formats, creating a book that is probably best studied as numerous distinct creations rather than as a single revised work. His many other writings—varied and significant—include fiction, notebooks, manuscript fragments, prose essays, letters, marginalia, and voluminous journalistic articles. Drawing on the resources of libraries and collections from around the world, the Whitman Archive is the most comprehensive record of works by and about Whitman—and continues to grow. The NHPRC support went to document Whitman’s correspondence.