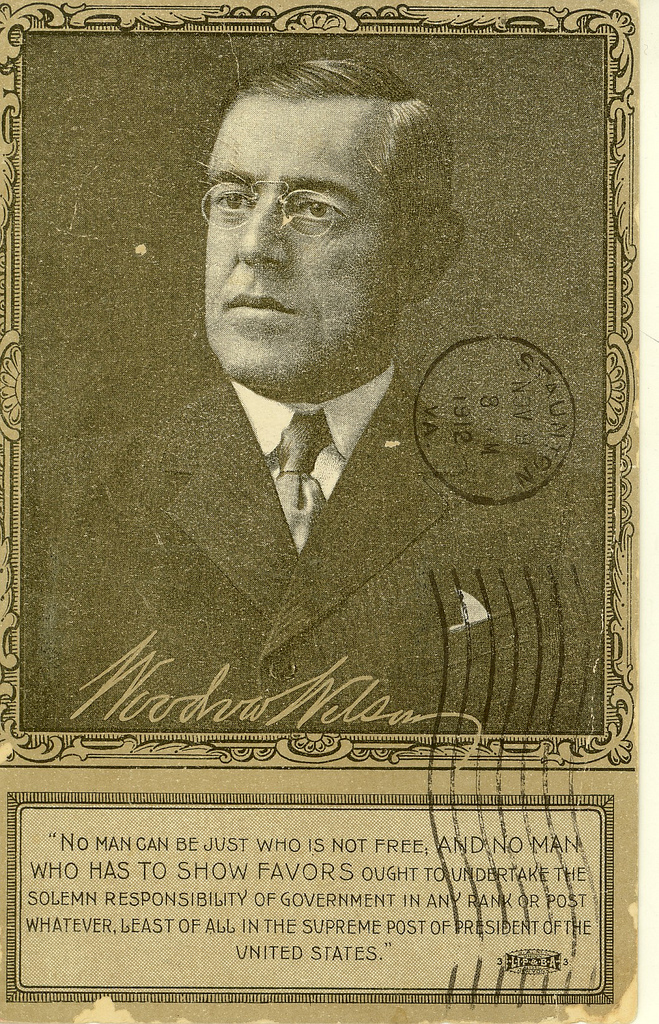 Digital edition on Rotunda at http://rotunda.upress.virginia.edu/founders/WILS.html

A comprehensive edition of the papers of Thomas Woodrow Wilson (1856 –1924), the 28th President of the United States, in office from 1913 to 1921. Wilson served as President of Princeton University from 1902 to 1910, and then as the Governor of New Jersey from 1911 to 1913. Running against Republican incumbent William Howard Taft, Socialist Party of America candidate Eugene V. Debs, and former President Progressive ("Bull Moose") Party candidate Theodore Roosevelt, Wilson was elected President as a Democrat in 1912. This massive collection includes all important letters, speeches, interviews, press conferences, and public papers. The volumes make available as never before the materials essential to understanding Wilson's personality, his intellectual, religious, and political development, and his careers as educator, writer, orator, and statesman. The Papers not only reveal the private and public man, but also the era in which he lived, making the series additionally valuable to scholars and others in various fields of history between the 1870s and the 1920s.