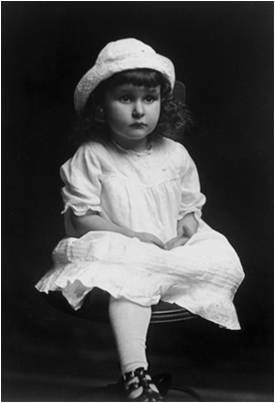 Lady Bird Johnson was born as Claudia Alta Taylor in the small town of Karnak, Texas. "Claudia" was largely forgotten after her nursemaid declared she was "as pretty as a Lady Bird." She was five when her mother died. Her Aunt Effie took over her care, allowing her to roam among the wildflowers, pine forests, and bayous of rural East Texas. She excelled in school and was one of few women of her era to go to college. In 1934 she married an ambitious congressional aide named Lyndon Baines Johnson. Their two daughters and her husband’s political career did not dampen her entrepreneurial spirit. Using a portion of her inheritance, she purchased a radio station in 1943 and a television station in 1952. Her LBJ Holding Company eventually made the Johnsons millionaires.