About the National Archives of the United States

Anyone who has cleaned out a family attic knows the importance of keeping family records. You may have military records from relatives who served in one of the World Wars—or even the Civil War. Or pictures of your great-great grandparents on the day they became American citizens. Or the canceled check that paid for your first home.

Many people know the National Archives as the keeper of the Declaration of Independence, the Constitution, and the Bill of Rights. But we also hold in trust for the public the records of ordinary citizens—for example, military records of the brave men and women who have fought for our country, naturalization records of the immigrants whose dreams have shaped our nation, and even the canceled check from the purchase of Alaska.

In a democracy, records belong to the people, and for more than eight decades, NARA has preserved and provided access to the records of the United States of America. Records help us claim our rights and entitlements, hold our elected officials accountable for their actions, and document our history as a nation. In short, NARA ensures continuing access to the essential documentation of the rights of American citizens and the actions of their Government.

The National Archives was established in 1934 by President Franklin Roosevelt, but its major holdings date back to 1775. They capture the sweep of the past: slave ship manifests and the Emancipation Proclamation; captured German records and the Japanese surrender documents from World War II; journals of polar expeditions and photographs of Dust Bowl farmers; Indian treaties making transitory promises; and a richly bound document bearing the bold signature "Bonaparte"—the Louisiana Purchase Treaty that doubled the territory of the young republic.

NARA keeps only those Federal records that are judged to have continuing value—about 2 to 5 percent of those generated in any given year. By now, they add up to a formidable number, diverse in form as well as in content. There are approximately 13.28 billion pages of textual records; 10 million maps, charts, and architectural and engineering drawings; 44.4 million still photographs, digital images, filmstrips, and graphics; 40 million aerial photographs; 563,000 reels of motion picture film; 992,000 video and sound recordings; and 1,323 terabytes of electronic data. All of these materials are preserved because they are important to the workings of Government, have long-term research worth, or provide information of value to citizens.
Learn More

In addition, NARA must also manage the rapidly growing number of electronic Government records. Now being developed, the Electronic Records Archives (ERA) is our strategic response to the challenge of preserving, managing, and providing access to electronic records. ERA will keep essential electronic Federal records retrievable, readable, and authentic for as long as they remain valuable—whether that is a few years or a few hundred years.

The rich stores of material that make up the National Archives of the United States are available to all.

Preservation of the Constitution and other historical documents is part of our history and mission.

The task of designing an archives building was given to the distinguished architect John Russell Pope. He set out to create a structure that would be in harmony with other great Washington landmarks—the White House, Capitol, Treasury Building, and Lincoln Memorial—and at the same time express the significance, safety, and permanence of the records to be deposited inside.

Ground was broken in 1931; President Herbert Hoover laid the cornerstone in 1933; and the staff moved in to work in 1935. The building reached capacity in the late 1960s, and many records were moved to off-site storage and regional archives. After years of planning, in 1993 a new archives building was completed.

The National Archives at College Park, MD, is a modern facility that has enabled NARA to consolidate its Washington-area records. The six-story building’s present records storage capacity is approximately 2 million cubic feet, and its research rooms can accommodate up to 390 researchers at a time.

NARA's mission, however, reaches far beyond these two buildings to cover the entire lifecycle of records from creation to their ultimate use. Learn More

Archives locations in 15 states and the District of Columbia, from coast-to-coast, protect and provide public access to millions of records. In addition to assisting Federal agencies and the public with research and reference services, we deliver educational programs and public workshops to help Americans learn how to use archived records. Further, 16 Federal Records Centers (FRC) provide Federal agencies superior records storage, access, and disposition services through a national network of facilities.

The National Personnel Records Center in St. Louis manages the records of millions of military veterans of the 20th century as well as former civilian Federal employees. 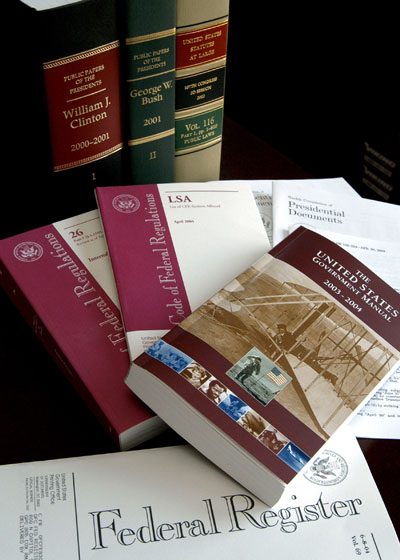 The Federal Register is the daily gazette of the U.S. Government.

Published daily, the Federal Register is a record of Government proclamations, orders, and regulations, and Presidential and other public documents.

The Presidential libraries house papers, records, and other historical materials relating to all Presidents from Herbert Hoover on, their families, and their administrations. Not strictly libraries, these institutions combine museum exhibits and educational programs with original records open for research.

NARA also runs a Government-wide records management program to identify records of permanent value, assure the timely disposal of temporary records, and provide agencies with guidance on managing their current records, and it assists non-Federal institutions through a grants program administered by the National Historical Publications and Records Commission.

Visit Us in Washington, DC

Located at the National Archives Building in Washington, DC, these exhibits are open every day except Thanksgiving Day and December 25:

Visitors can enjoy the latest offerings in the Lawrence F. O’Brien Special Exhibition Gallery or enter the Public Vaults, the first permanent interactive exhibit hall at the National Archives.

The Public Vaults give visitors the sensation of going back into the stacks and vaults where original records are held. Once inside, visitors not only have the opportunity to look at fascinating letters, maps, and films that offer glimpses into the history of our country but will also have the chance to make their own discoveries about the stories found in records.

The Boeing Learning Center is a headquarters for the nationwide education programs of the National Archives. In the center’s ReSource Room, educators, parents, and children are invited to explore documents in-depth. At the Learning Lab, scheduled groups of middle school students can work with primary sources related to the U.S. Constitution.

The National Archives Building has numerous sculptural decorations and inscriptions, but the words on the base of one statue have become identified with the institution itself. Cut into the stone are these words from Shakespeare’s Tempest: "What is past is prologue." Certainly there is no better reason for preserving the documentary materials of the American experience.

For details about exhibition and research hours in NARA facilities across the United States, visit our web site or call toll-free 1-86-NARA-NARA.

New to the Archives? 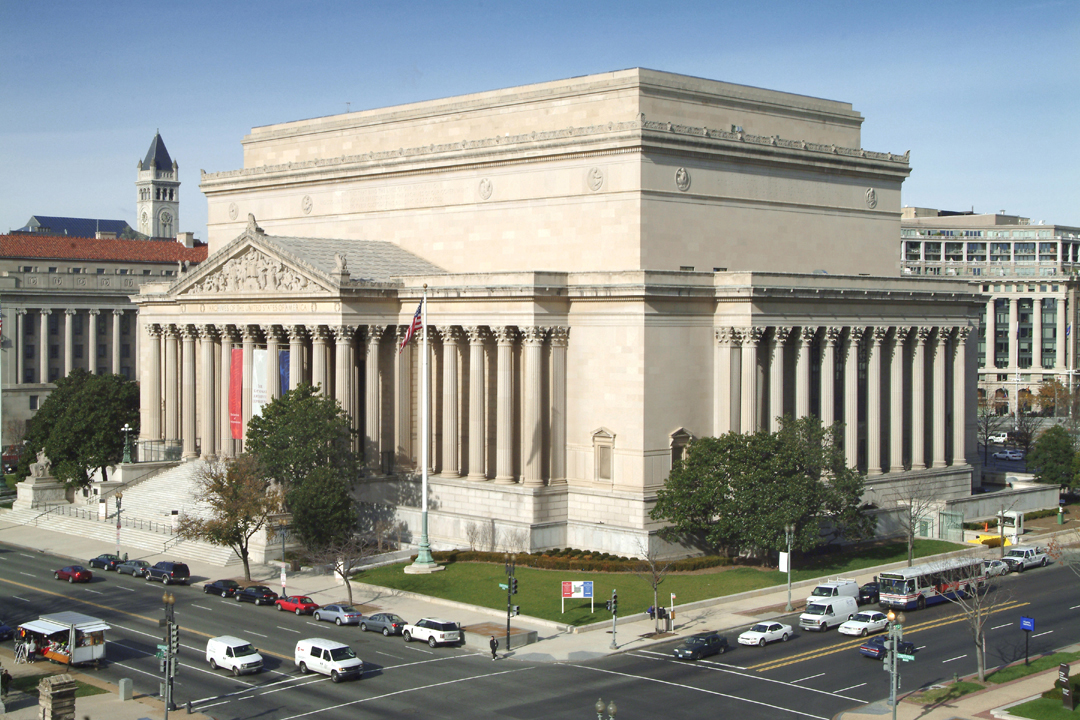 These are just some of the items in our holdings:

A map, from William Clark's original drawings, of the Lewis and Clark exploratory expedition from the Mississippi River to the Pacific Ocean. (77-US-529 Washington DC) 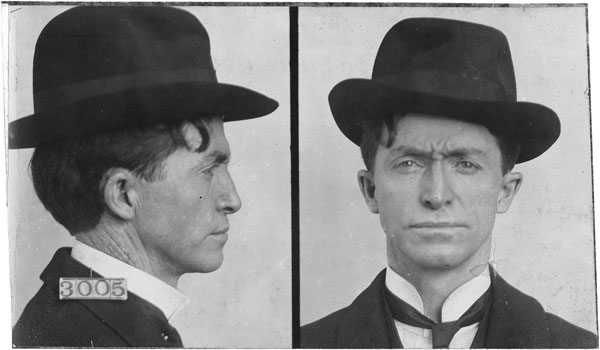 Patent drawing for an "Improvement in the construction of cars," 1869. (RG 21, Mid Atlantic Region) 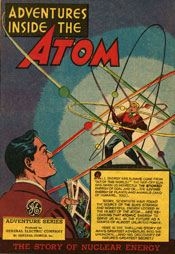 The Atomic Energy Commission had a comic book publicizing the development of nuclear energy, 1948. (RG 236, The National Archives at Atlanta)

In the 1857 Dred Scott case, the Supreme Court ruled that slaves were not citizens of the United States. (RG 267, Washington DC)

Richard M. Nixon's letter to the Secretary of State, resigning as President of the United States, August 9, 1974. (RG 59, Washington, DC)

A needlework sampler submitted to the Pension Office in 1840.

"The Tetons--Snake River," by Ansel Adams, taken in 1940 for a series of murals for the National Park Service. (79-AAG-1, Washington, DC)

A scene from Pare Lorentz's 1938 film for the Farm Security Administration, The River.