Elaine Brown was born in North Philadelphia and raised by her mother. Although she grew up in a single-parent home and experienced economic hardship, Elaine had the opportunity to attend a private school where she participated in extracurricular activities such as classical piano and ballet. She was noted to have had many white friends because of this. After high school, Brown briefly attended Temple University before withdrawing to pursue a music career in Los Angeles. While there, she enrolled in University of California, Los Angeles. 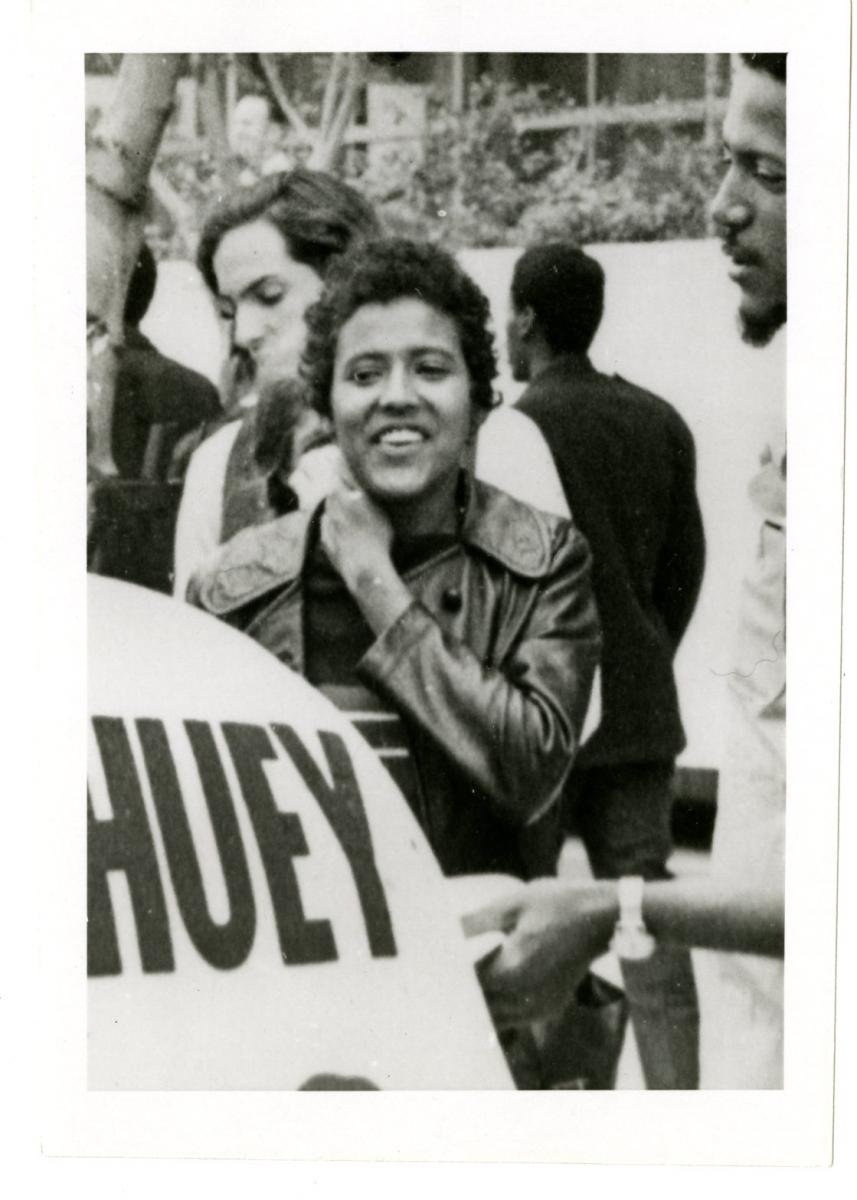 As a member of the Black Panther Party, Brown helped set up the first Free Breakfast for Children program in Los Angeles as well as its first Free Busing to Prisons Program and Free Legal Aid Program. Soon after, she became the editor of the publication The Black Panther for the South California Branch. In 1971, Brown became a member of the Party’s Central Committee as Minister of Information, replacing Eldridge Cleaver, who had been expelled. In 1973, Brown was commissioned to record some songs by Founder and Minister of Defense, Huey P. Newton that resulted in the album Until We’re Free.

Brown was chosen by Newton to lead the BPP in 1974 when he moved to Cuba to avoid criminal charges. She led the Party from 1974 until 1977. During her leadership, Brown chaired the successful political campaign of Lionel Wilson, Oakland’s first African American mayor, and she founded the Panther Liberation School. She left her leadership position in the BPP in 1978 after Huey Newton’s return and after he ordered the beating of a female Panther. Her decision was driven by her rejection of the negative attitudes toward women in the party. Brown moved to Los Angeles to raise her daughter.

Brown's later activism included radical prison reform and providing educational resources for African American children living in poverty. In 2007, she declared herself a candidate for the Green party in the 2008 presidential election. She left the party later that year because it was dominated by white people who, in her opinion, were not really trying to effect change or help her do so. Presently, Brown lectures frequently on prison reform at conferences, colleges, and universities.

RG 65 - Records of the Federal Bureau of Investigation