Leroy Eldridge Cleaver was born in Wabbaseka, Arkansas and spent most of his childhood in Los Angeles, California where he was in and out of reform schools for his involvement in petty crimes. Eldridge’s unruly conduct continued into adulthood and eventually led to his conviction and imprisonment for assault with intent to commit murder at the age of 22.

During his time in prison, Cleaver read published works by intellectuals such as Thomas Paine, Voltaire, Karl Marx, and Richard Wright. He was also influenced by the teachings of Malcolm X. These readings inspired Cleaver to write his memoir while serving his sentence in Folsom Prison. Two years after his release, the collection of essays he wrote in prison were developed into the book Soul on Ice, published in 1968.

In 1966, Cleaver joined the Black Panther Party for Self-Defense (BPP) and a year later married fellow member Kathleen Neal. As a member of the BPP in Oakland, CA, he served as the first Minister of Information. Being a prominent member of the Black Panther Party allowed Soul on Ice to gain popularity among those interested in the BPP and provided Eldridge with international notoriety. He utilized his fame and success to run on the Peace and Freedom Party ticket during the 1968 U.S. presidential election. 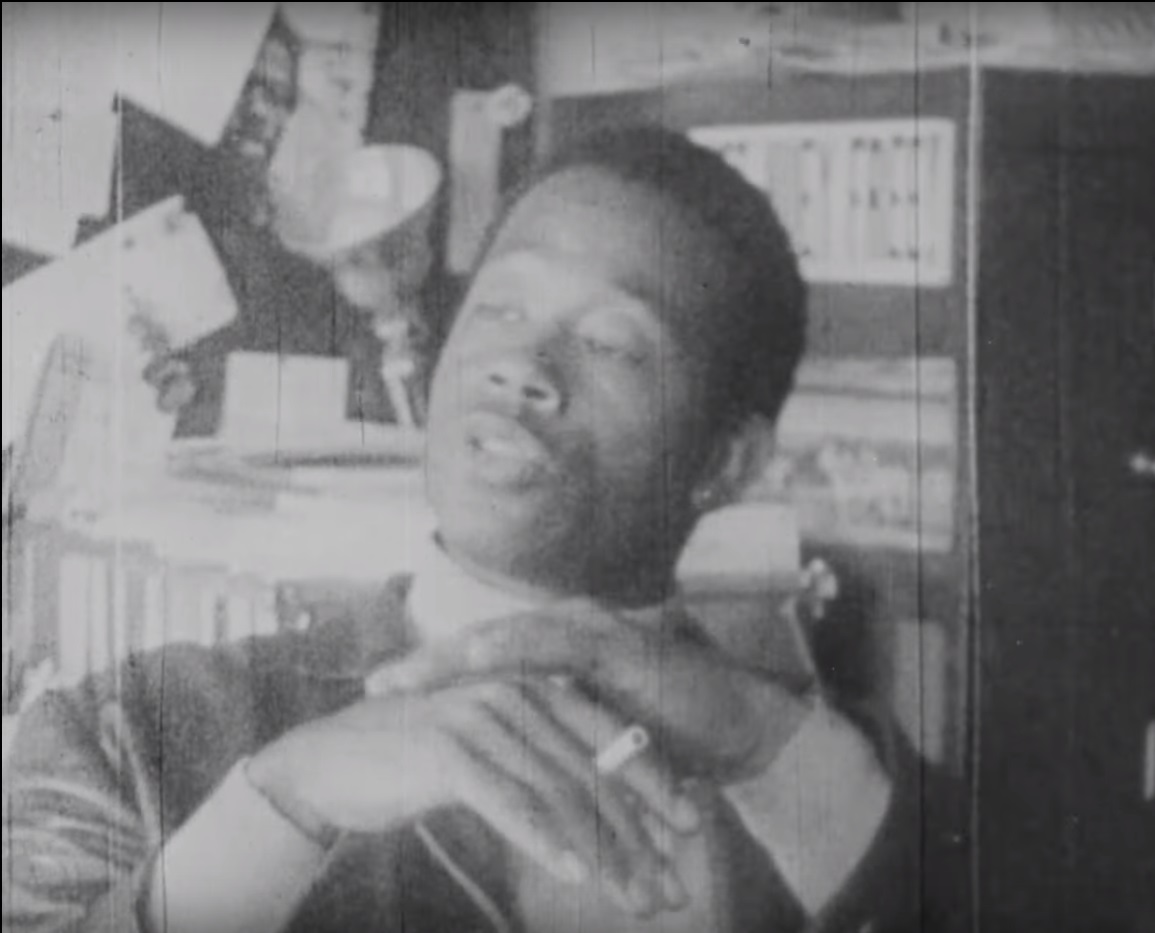 Eldridge Cleaver in a clip from "Black Panther" (NAID 12101)

That same year, Cleaver was involved in a shootout between the Oakland police and BPP members. He was severely wounded during the violent incident and charged with attempted murder. In fear of his safety and freedom, Cleaver fled from the United States and lived in exile in Mexico, Algeria, Cuba and France. While in exile, a rift developed in 1971 between Cleaver, who saw the BPP as primarily an international, revolutionary group, and Huey Newton, who wanted the Party to focus primarily on community service. This disagreement led to Cleaver’s expulsion from the BPP. Upon his return to the U.S. in 1975, Cleaver denounced the Black Panther Party and the attempted murder charges from 1968 were dropped.

By 1986, Cleaver’s political views had drastically changed as he made an unsuccessful bid for the Republican nomination for a Senate seat in California. This would be his final attempt to be involved in politics. Cleaver died at the age of 62 in Los Angeles.

The Black Power records at the National Archives pertaining to Eldridge Cleaver include audio recordings of radio interviews, FBI surveillance of him in the United States, Cuba and Algeria and files from President Gerald Ford and his administration.

RG 59: Records of the Department of State

RG 65: Records of the Federal Bureau of Investigation (FBI)

Audio Recordings of Monitored Broadcasts from Havana and Port-Au-Prince