Labor during World War I

At the height of World War I, labor became a huge need, particularly in the war industry. At the time, African Americans were migrating from the South to the North for better living and working conditions. Many of them found labor in manufacturing, automobile, and food industries. African Americans who enlisted in the army were attached to a lot of labor battalions and units that were in charge of road work, digging holes, and transporting supplies overseas, particularly to France. 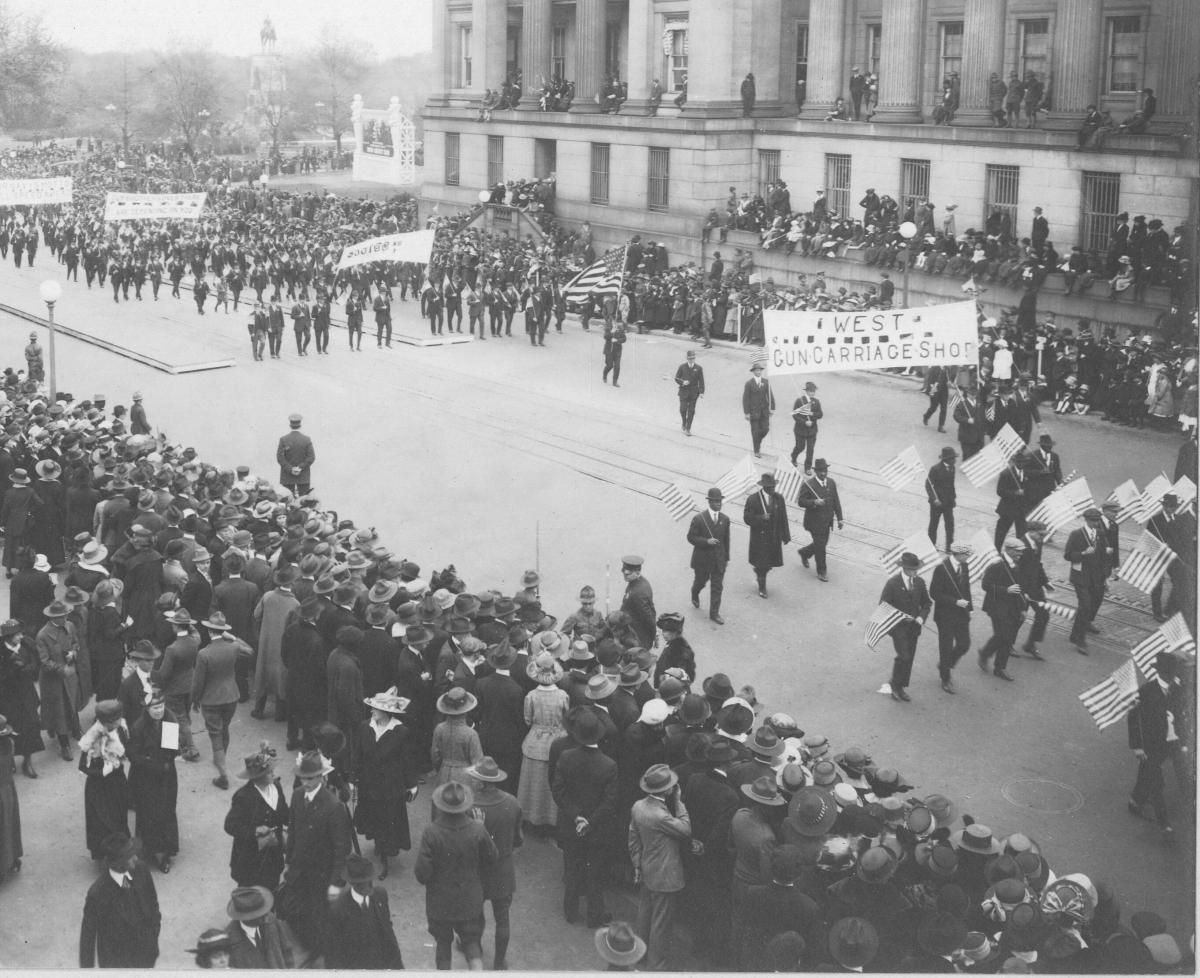 During World War I, the United States was under the administration of President Woodrow Wilson. Although he never issued an executive order during his eight years in office, segregation became the de facto practice in many government agencies. During this time African Americans experienced more discrimination than before in the federal government, as job applications started to require photos of potential employees.

Department of Labor: The Federal Government and Negro Workers Under President Woodrow Wilson 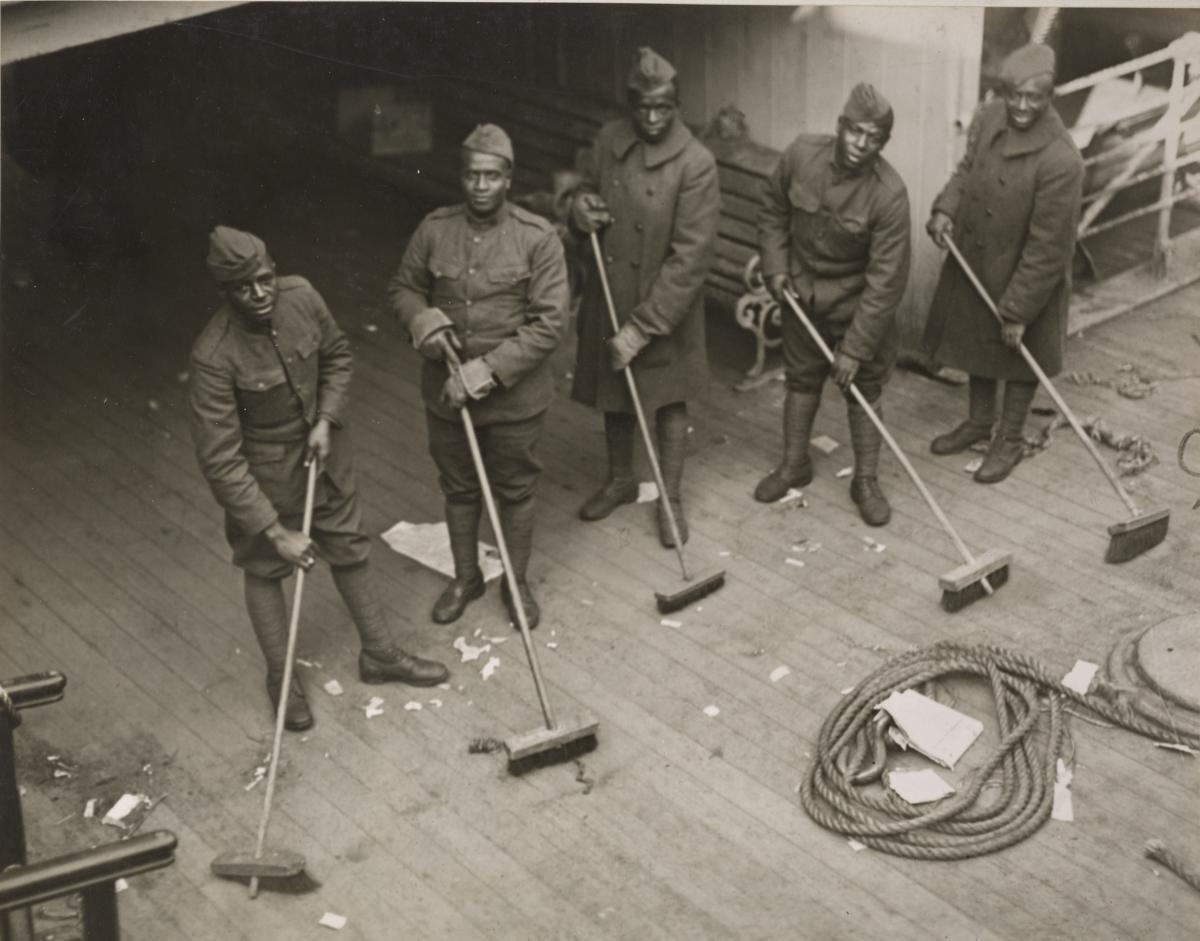 Black Soldiers doing Kitchen Police on Board the Celtic (NAID 26431410)

Like every other military conflict in United States history, African Americans volunteered and participated in droves to fight for their country. During the Great War, military units remained segregated, and many Black troops did not participate in combat duty. Instead of being given the opportunity to fight on the front lines, many units were relegated to support duties, including: butchery companies, stevedores, labor battalions, and infantry companies. The notable exception were the 369th Infantry Regiment, known as the Harlem Hellfighters, who served on the front lines with the French Army.

A tremendous drive of the Great Migration was the massive labor shortage created by men enlisting to serve in World War I. African Americans resettled in the North and West to find higher quality and higher paying jobs for a better life. 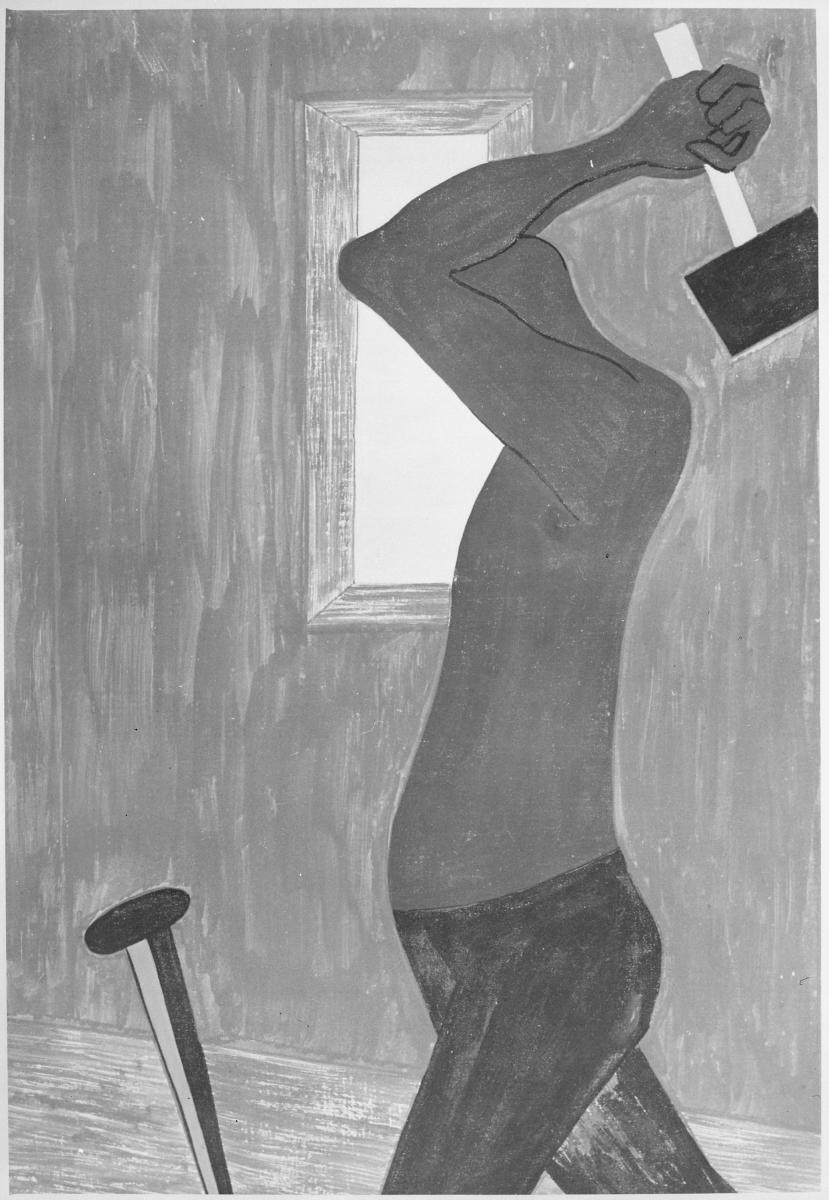 All other sources of labor having been exhausted, the migrants were the last resource, Jacob Lawrence (NAID 559093)