African Americans in the Military during World War I

When war broke out in Europe in 1914, Americans were very reluctant to get involved and remained neutral for the better part of the war. The United States only declared war when Germany renewed its oceanic attacks that affected international shipping, in April 1917. African Americans, who had participated in every military conflict since the inception of the United States, enlisted and prepared for involvement. However, many of those who enlisted or were drafted found themselves in noncombative support roles.  Many African Americans served under the Services of Supply section of the American Expeditionary Forces. This section comprised of stevedore, labor, and engineers service battalions and companies. The main function of these companies was to support and provide materials to other companies along the front.

The notable exception were the soldiers who fought on the front lines in the 92nd and 93rd Infantry Divisions. The 369th Infantry Regiment, known as the Harlem Hellfighters, were assigned to the French Army in April 1918. In this post the Hellfighters saw much action, fighting in the Second Battle of the Marne, as well as the Meuse-Argonne Offensive. For his valiant and brave actions during World War I, Private Henry Johnson became the first American to receive the Criox de Guerre, and an additional 170 members of the 369th were also awarded the French medal.

The 370th Infantry Regiment, given the name "Black Devils" by Germans, were also assigned to the French Army. This was the only unit to be commanded by Black officers. Corporal Freddie Stowers was a standout soldier among the 371st Infantry. During the Meuse-Argonne Offensive, Stowers lead troops through a German line in spite of receiving mortal wounds. He was recommended for the Medal of Honor shortly after his death, but it was not processed and awarded until 1991.

Search the Catalog for Records relating to Blacks in the Military 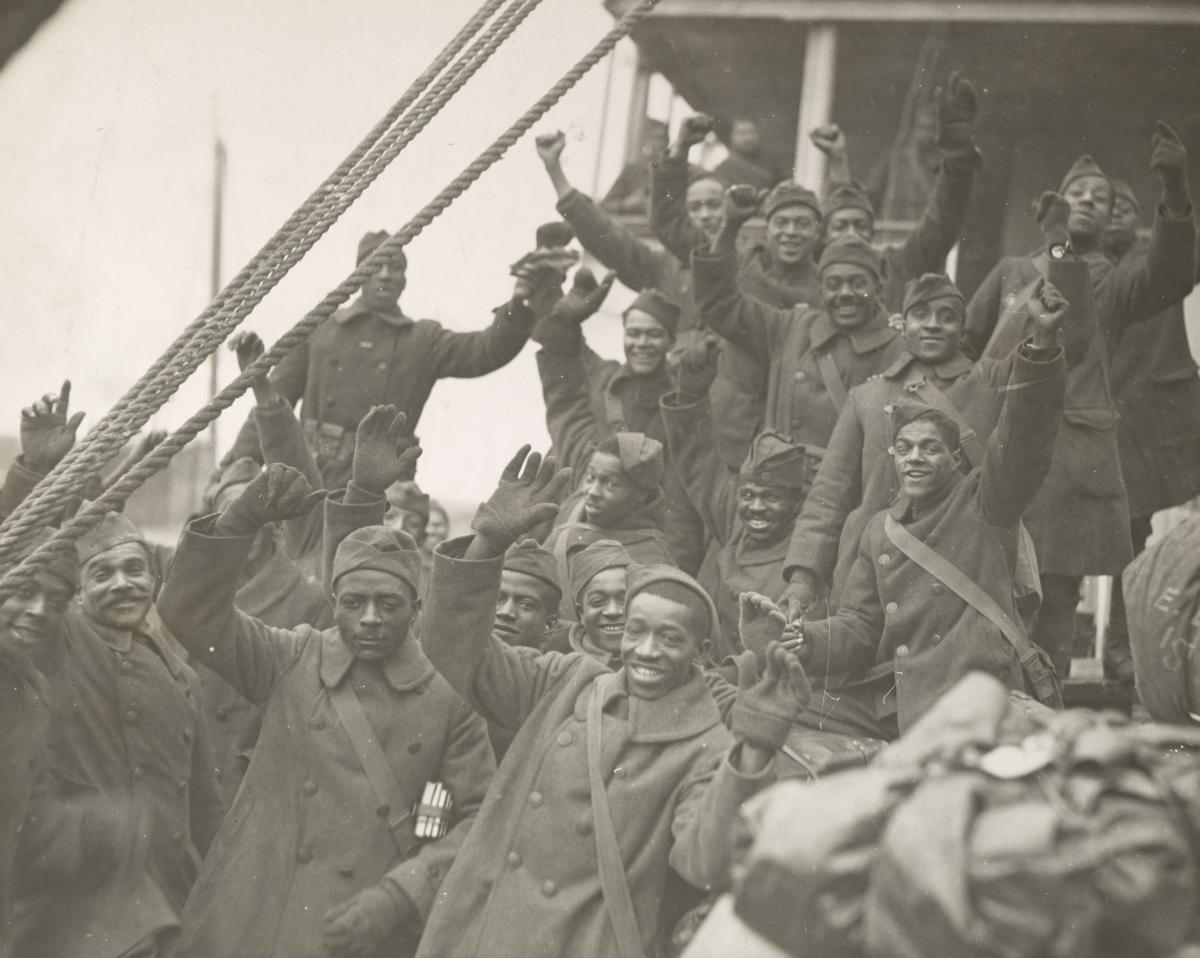 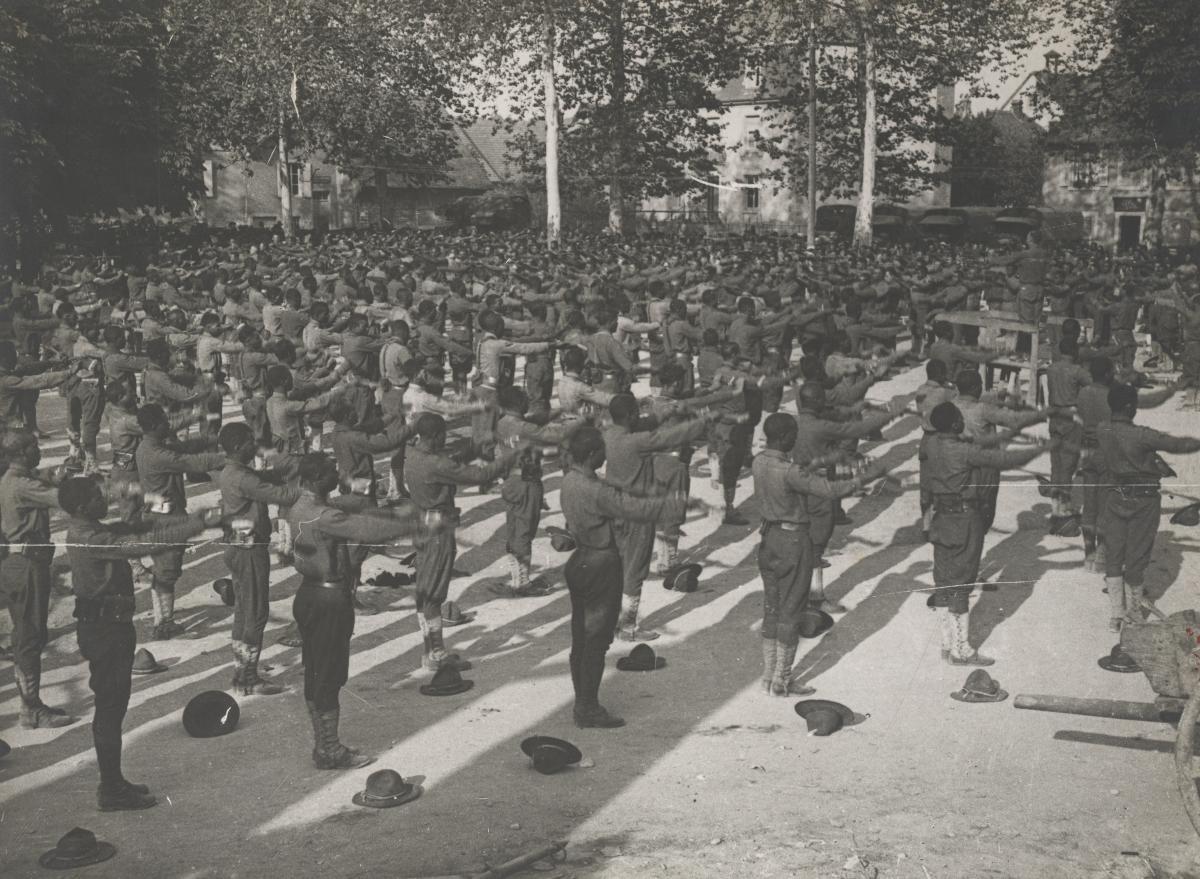 Black American Cantonment behind the Lines on the Marne Front, France (NAID 26431302) 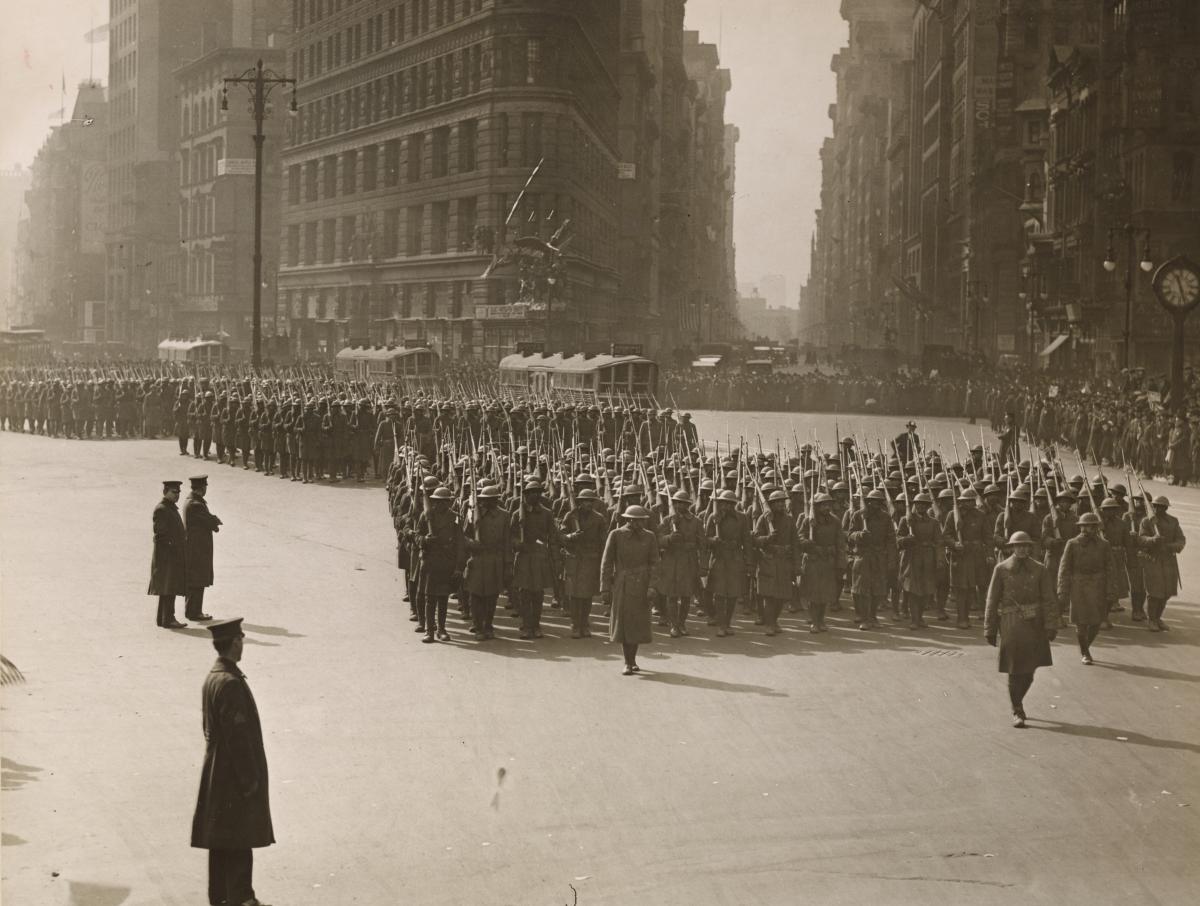 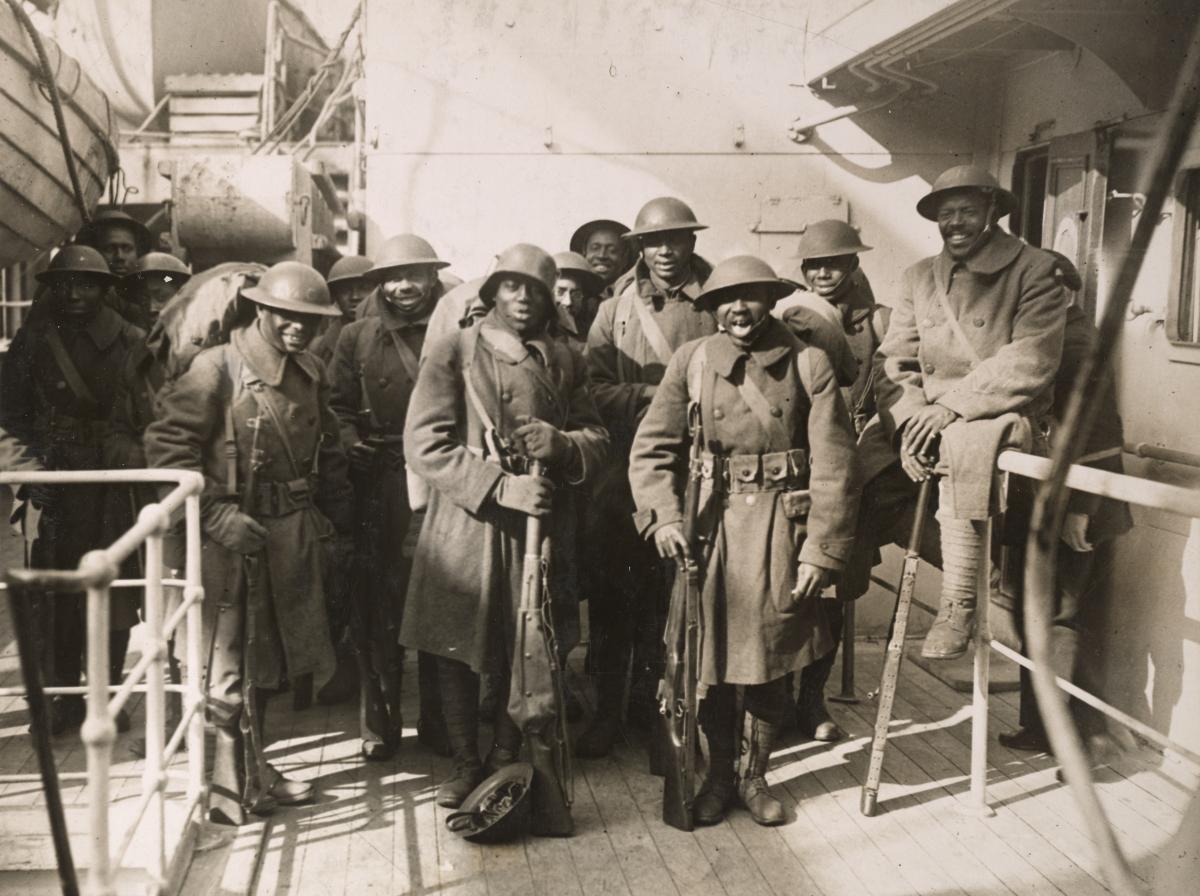 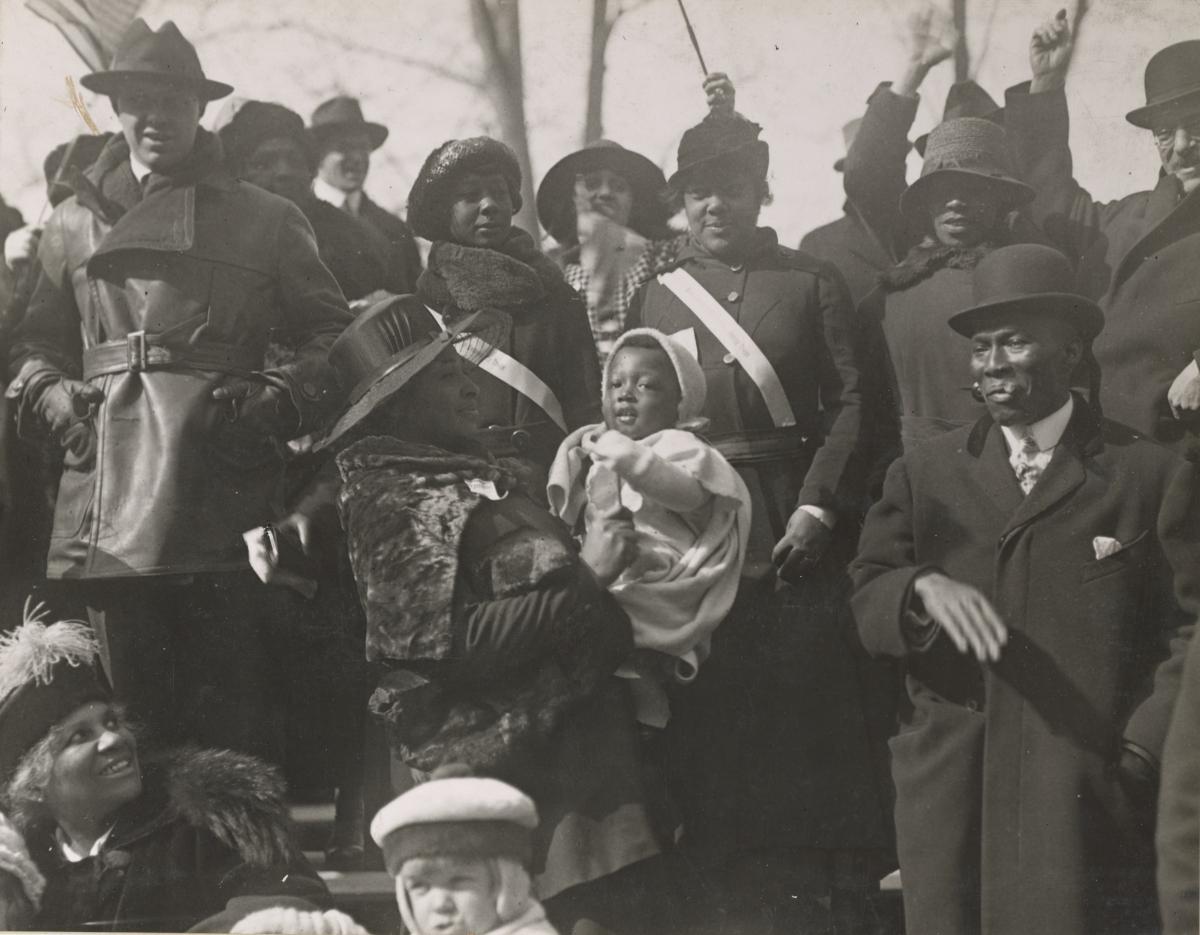 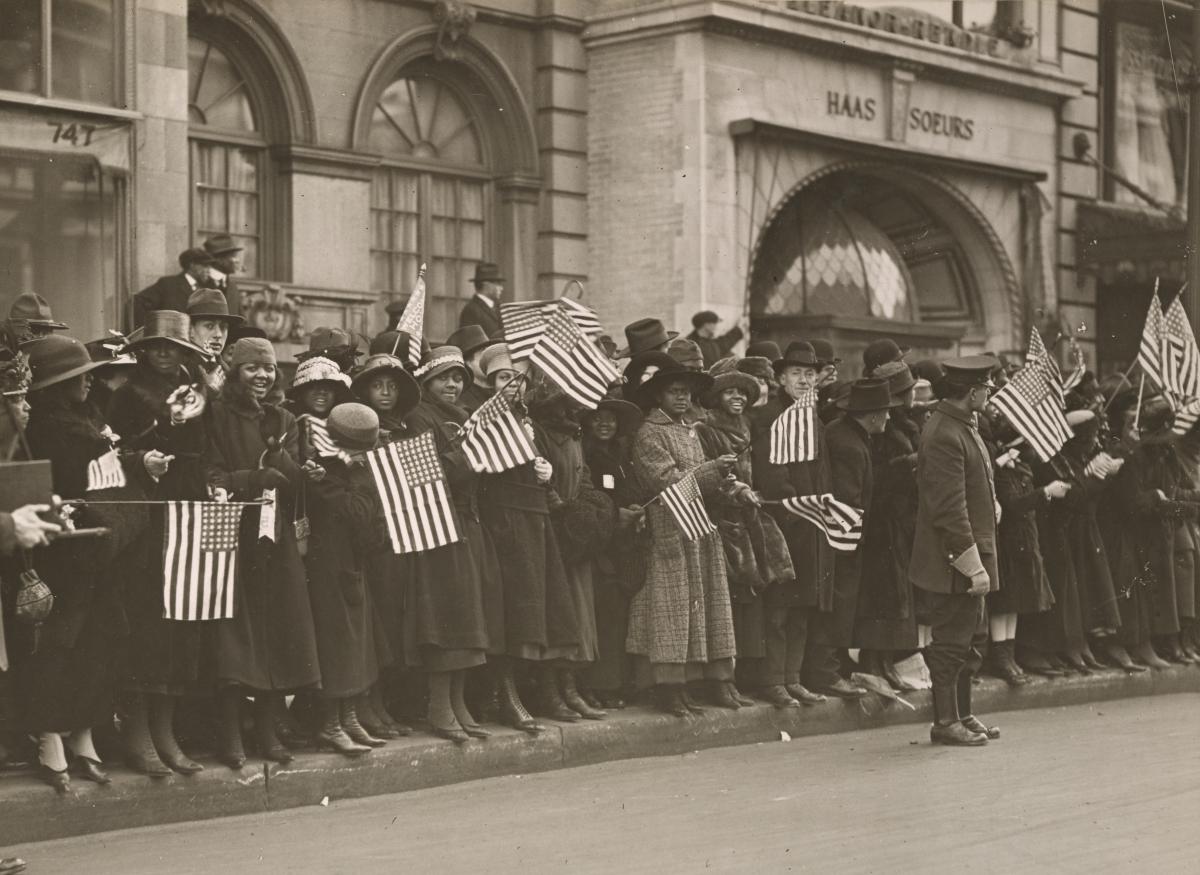 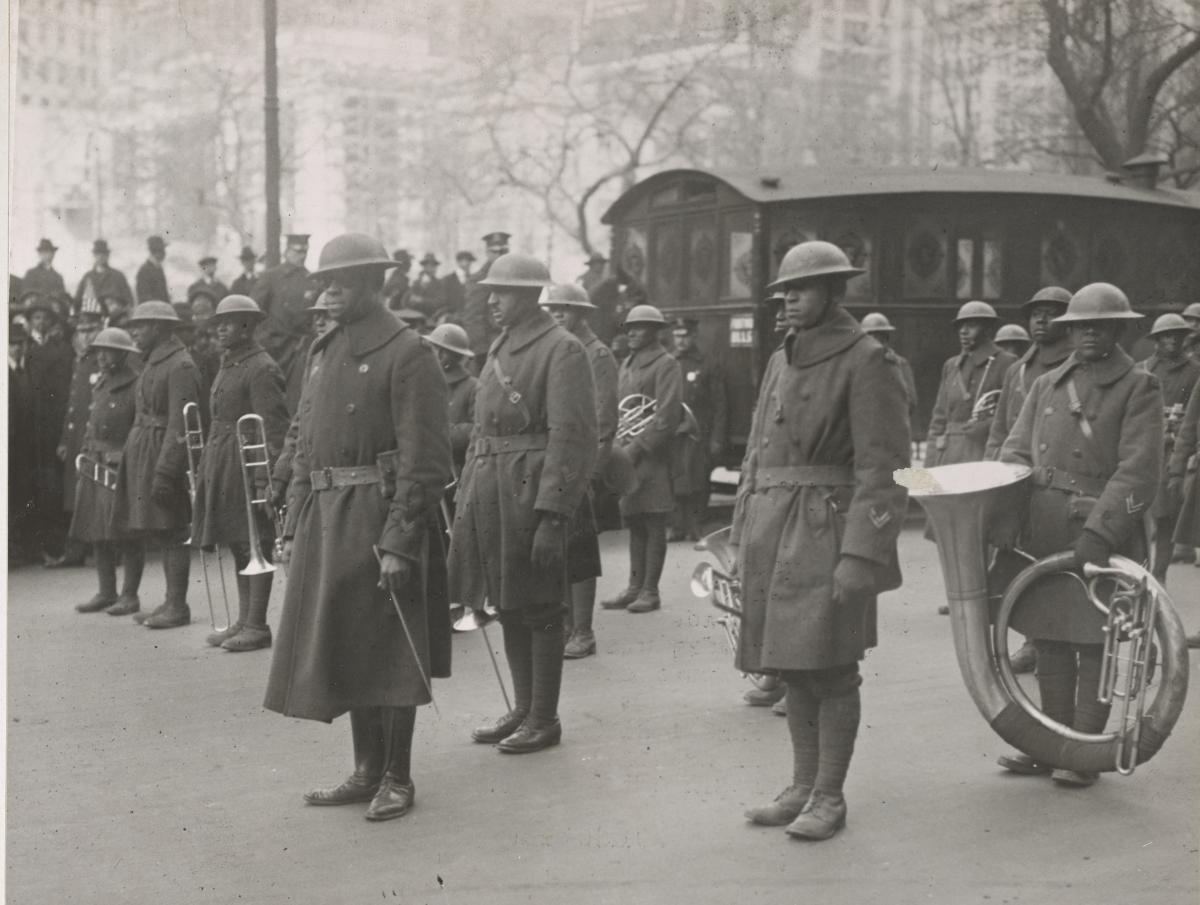 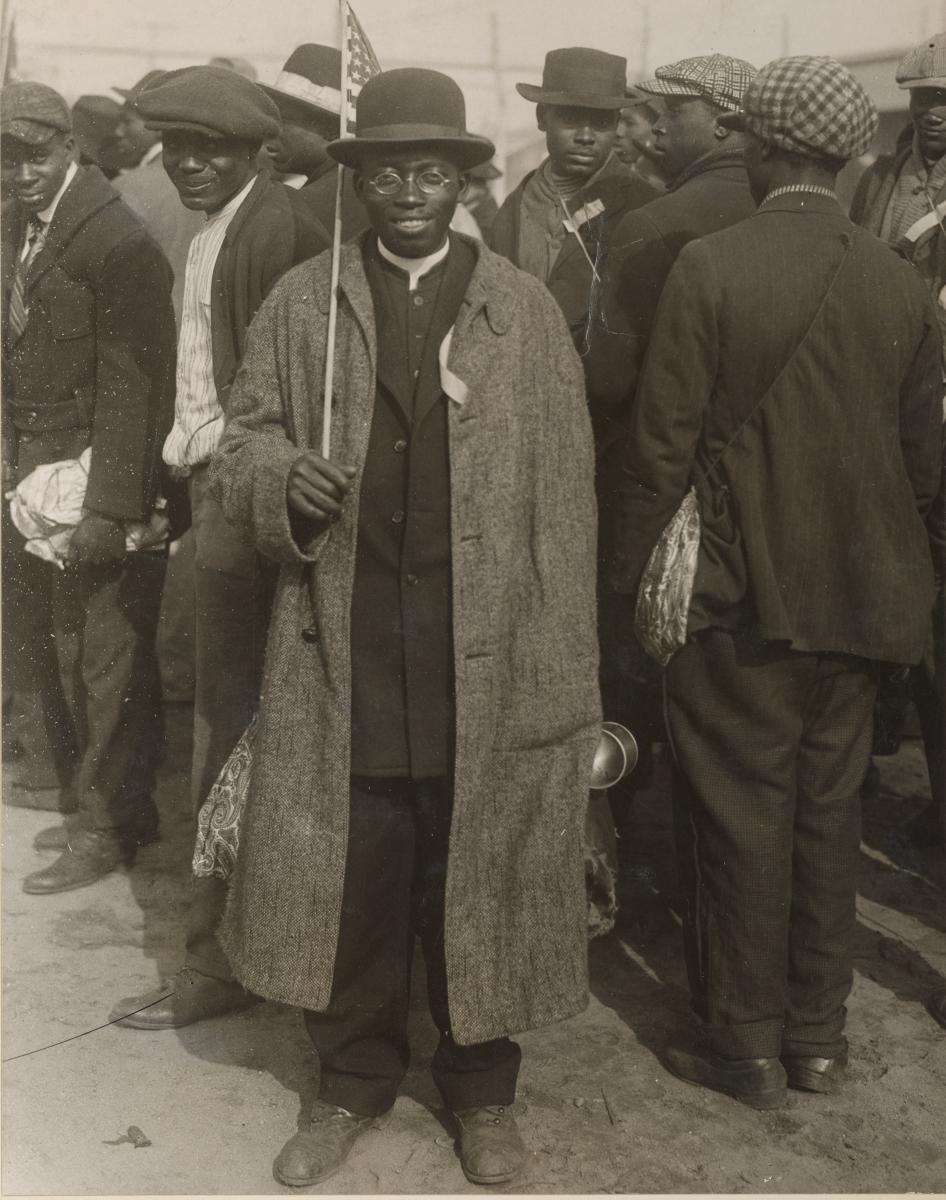 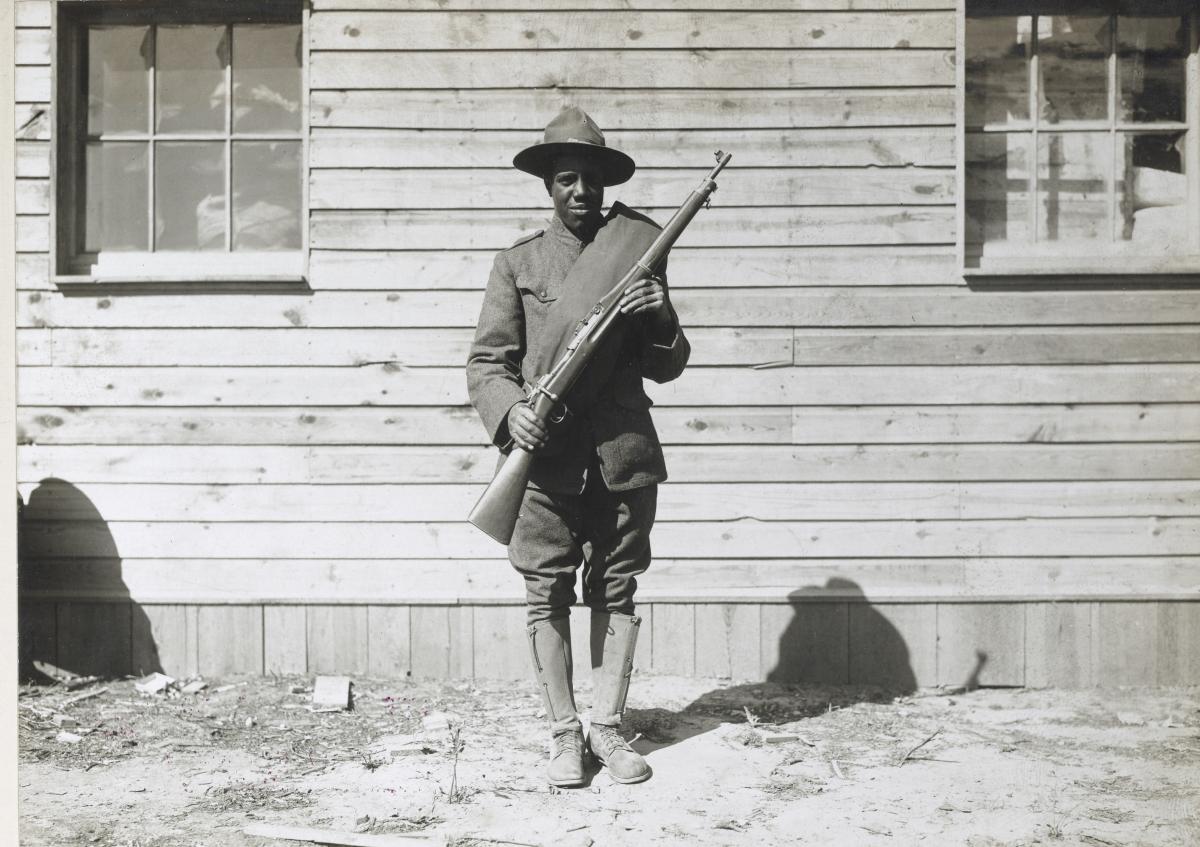 Member of the Telephone and Telegraph Batallion at Camp Upton, Long Island (NAID 26431436) 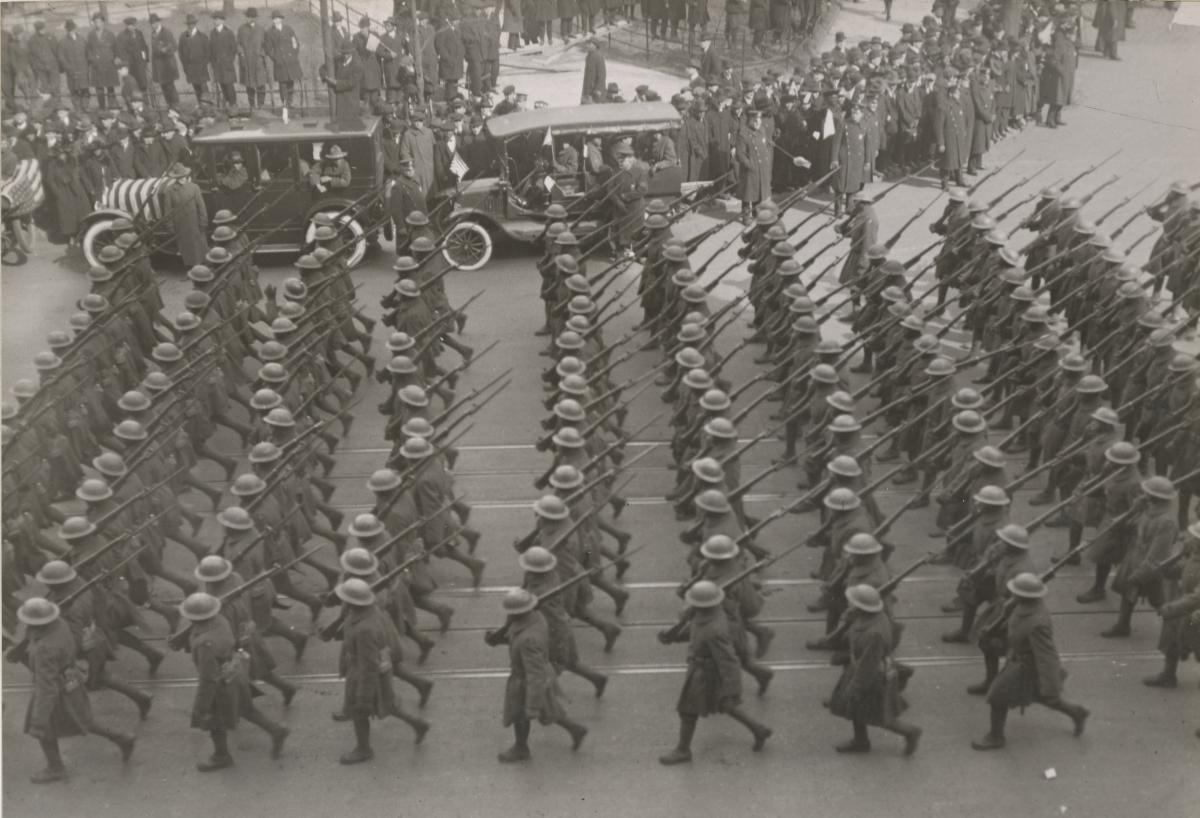 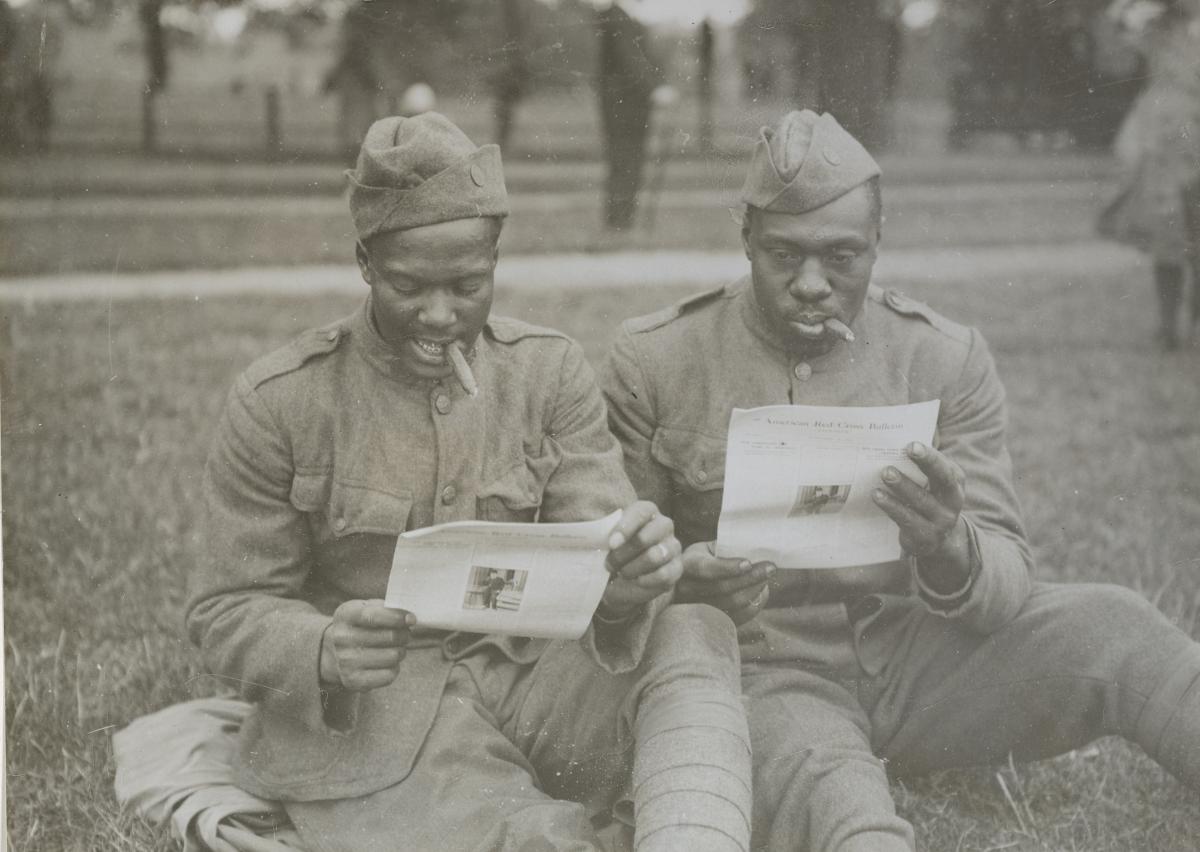 Sunny Afternoon in Hyde Park, London with Bulletin of the American Red Cross for Company (NAID 26431514) 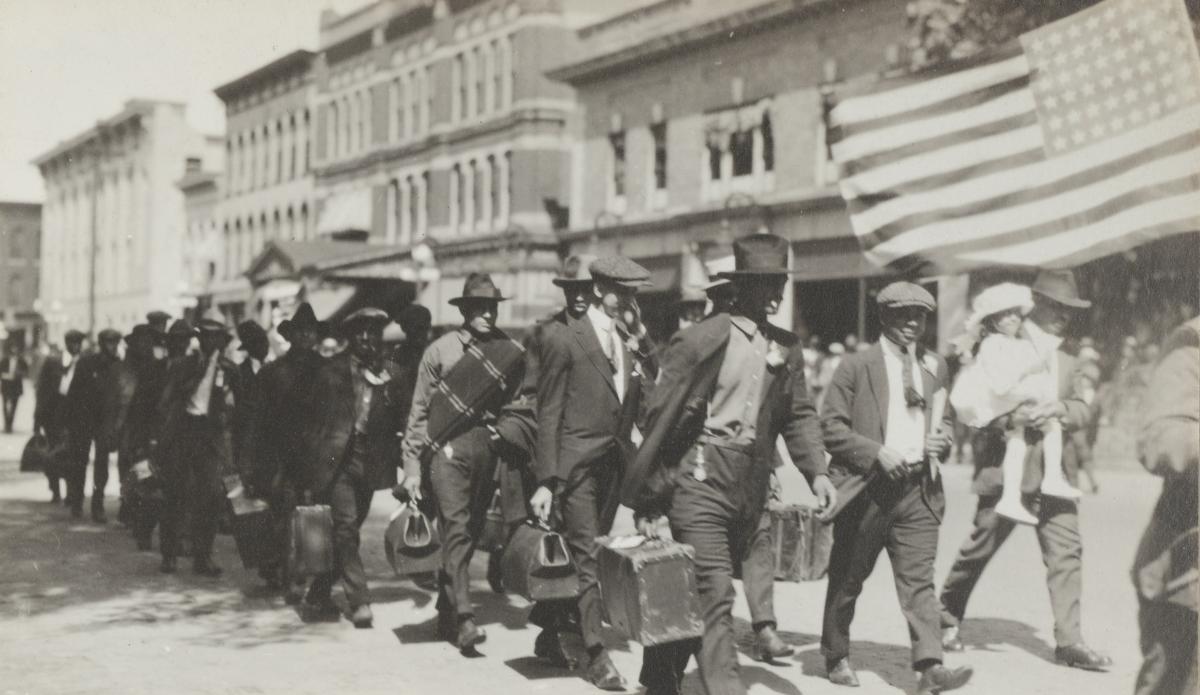 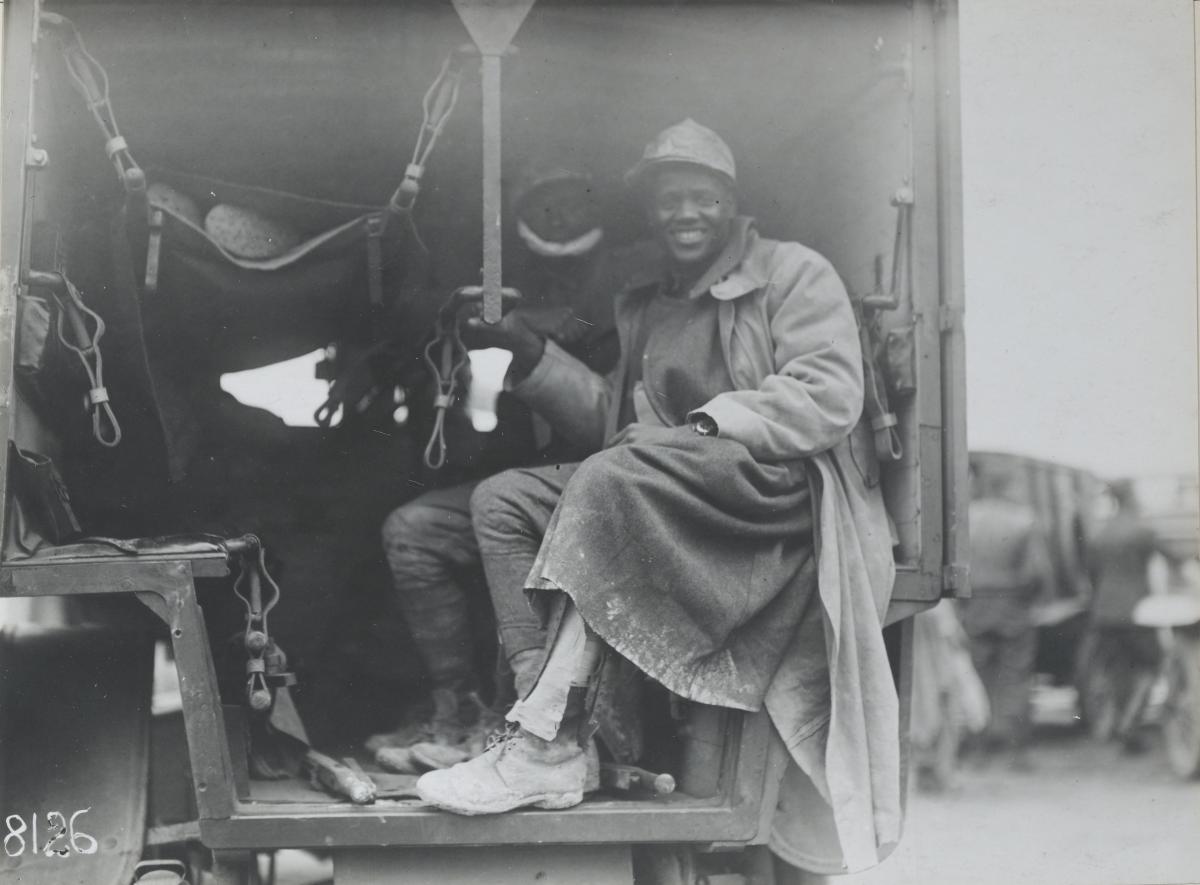 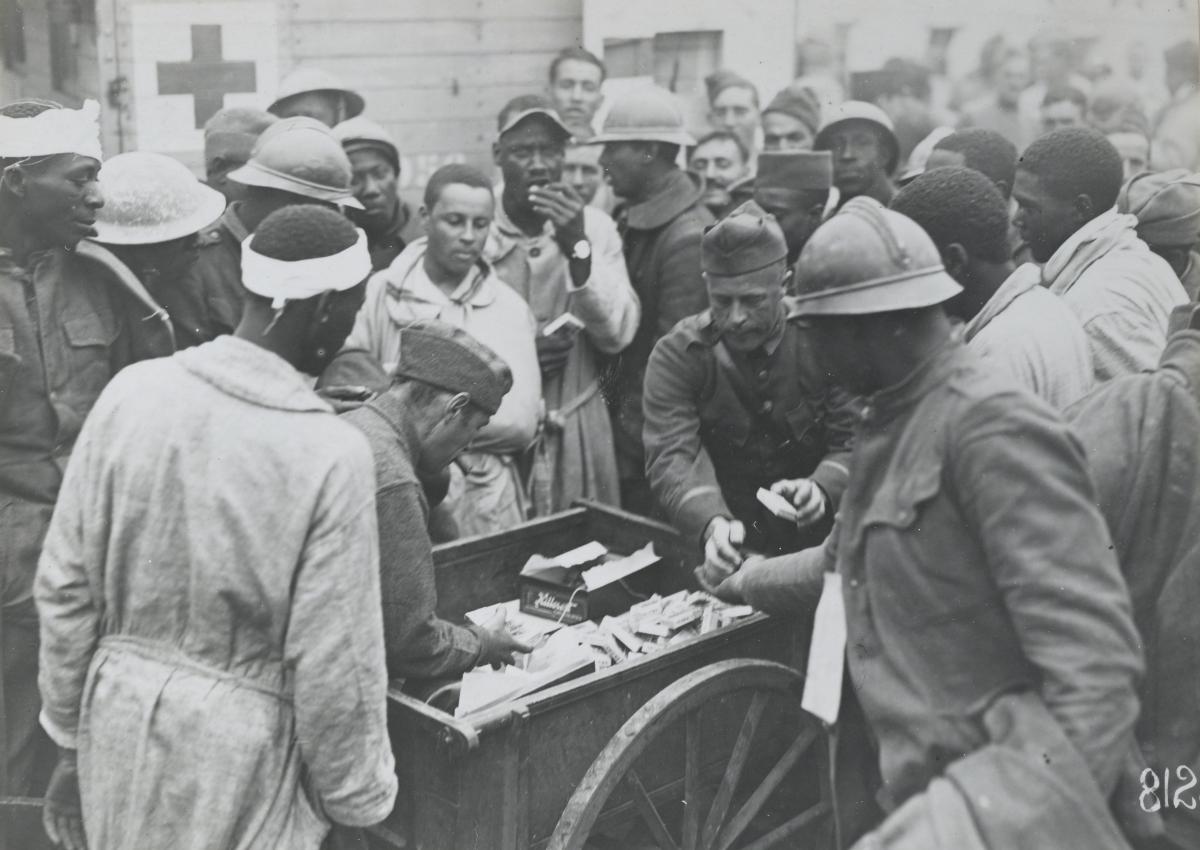 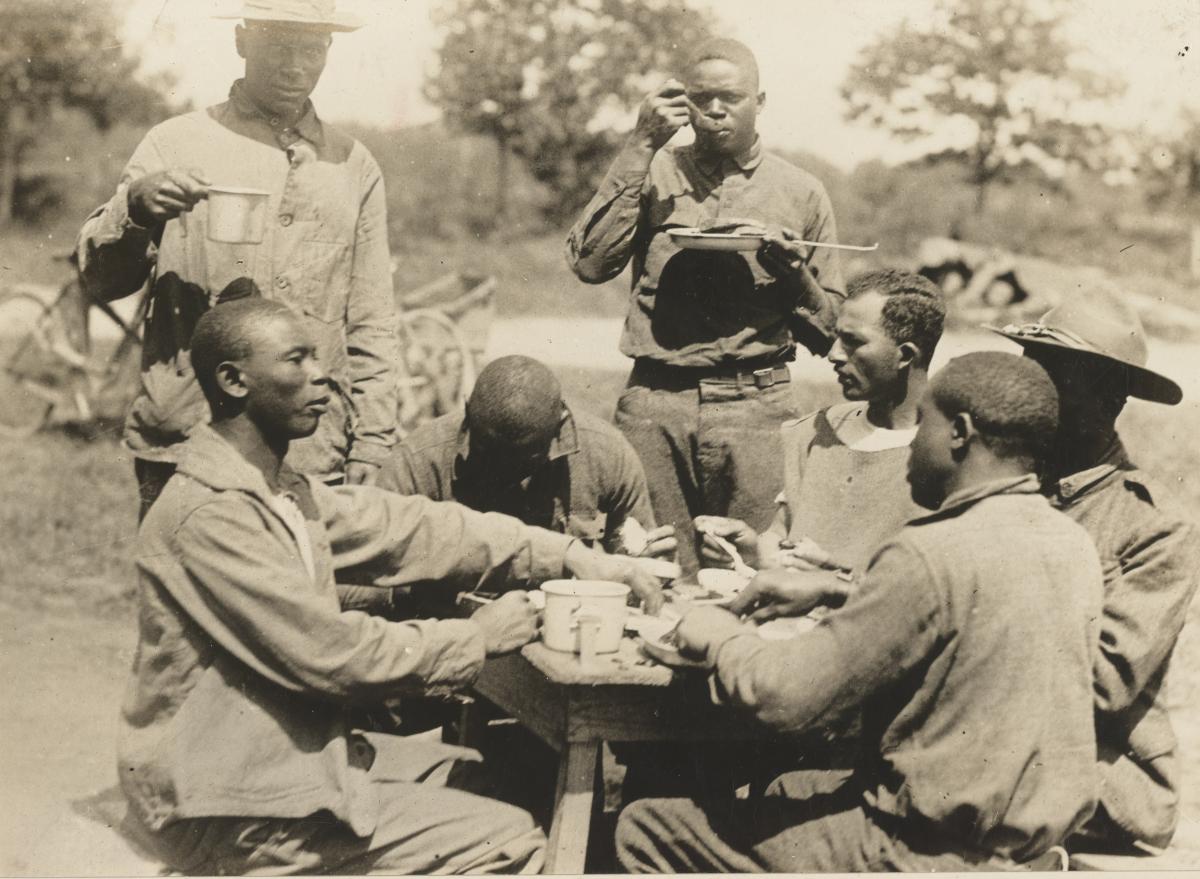 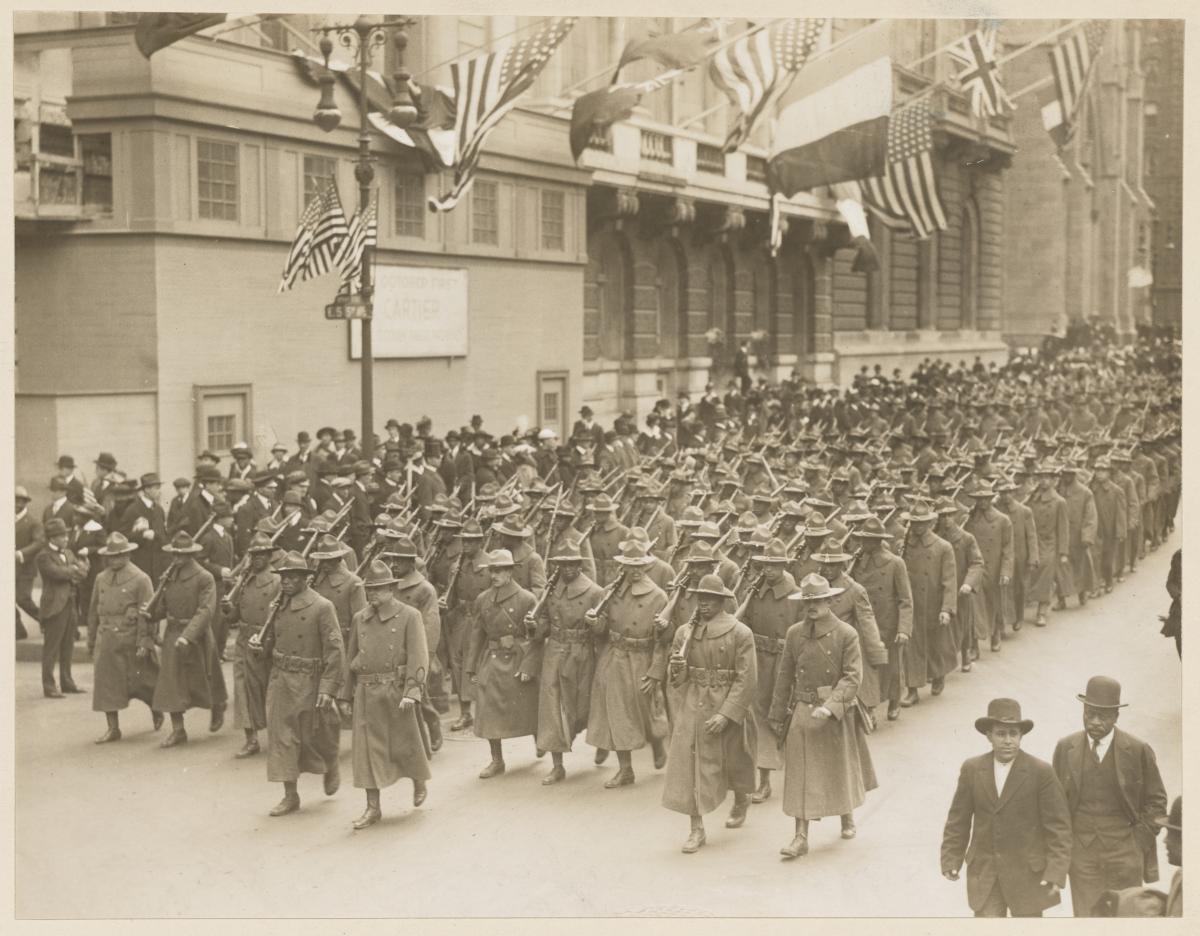 Teaching with Documents: Photographs of the 369th Infantry and African Americans during World War I

Rediscovering Black History: "And they thought we couldn't fight"

The Unwritten Record: A Brief Look at African American Soldiers in the Great War

Pieces of History: The 1932 Bonus Army: Black and White Americans Unite in March on Washington

EDSITEment!: African-American Soldiers in World War I: The 92nd and 93rd Divisions

National Museum of the United States Army: Fighting for Respect